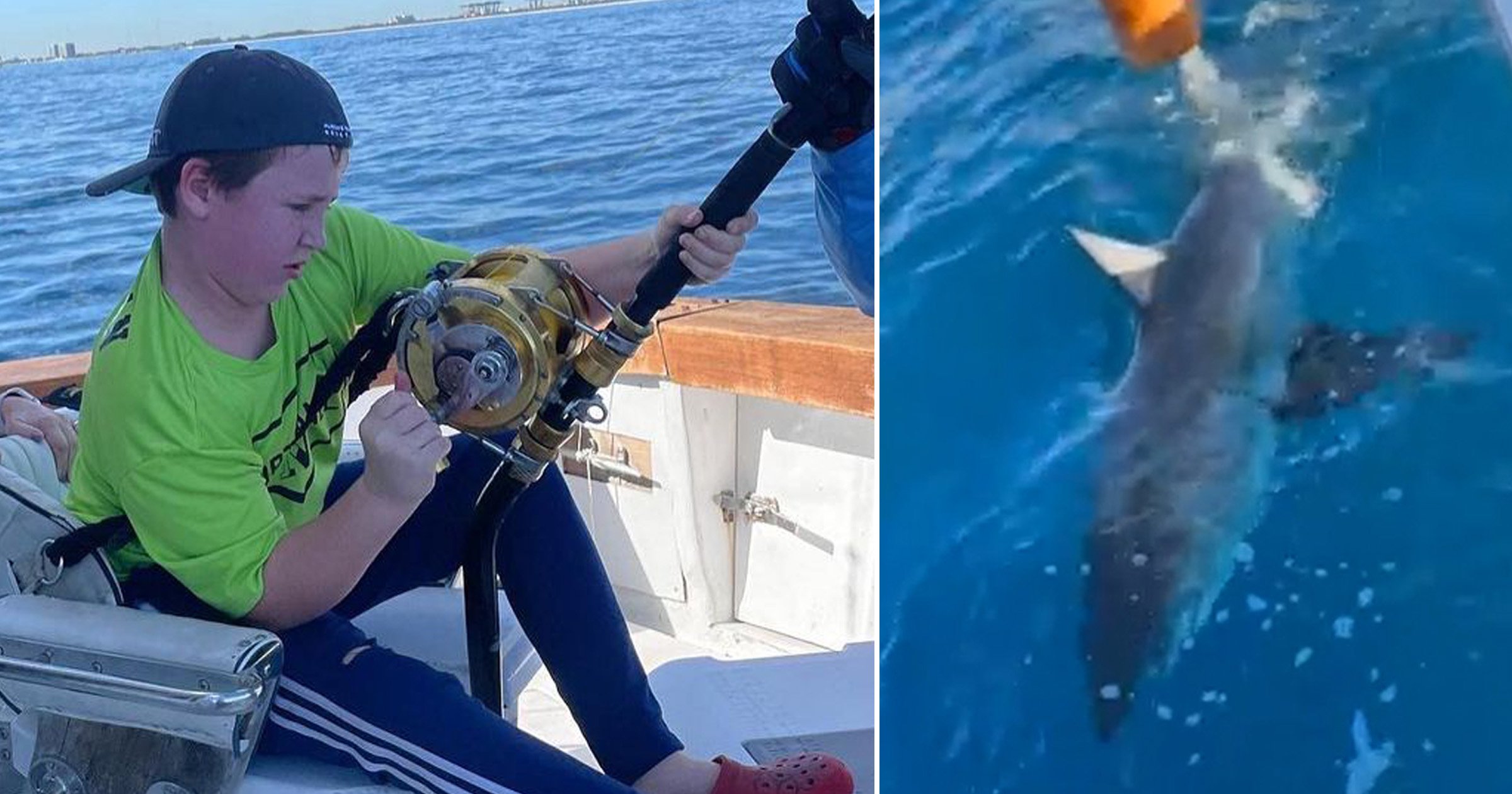 A 12-year-old boy was out fishing with his mother when his bait caught a much bigger fish than he expected.

Campbell Keenan used tuna on his hook and was shocked to find an 11-foot great white shark come up to the surface with the fishing line coming out of its mouth.

‘I was a little bit nervous – like, I don’t know if I want to go up against a shark,’ Campbell told CBS News. ‘But it did make me really excited.’

Campbell, of Massachusetts, attracted the shark estimated to weigh 700 pounds during a fishing trip in Fort Lauderdale, Florida, on Tuesday. He wrestled the apex predator for 45 minutes, with some help from crew members.

‘They gave the rod to me and I just started crankin’,’ Campbell said.

A video clip shows the apex predator swimming beside the boat.

‘That is 100 percent a goddamn shark!’ someone is heard yelling.

A crew member shouted that it was ‘a giant great white’ and that it ‘is like the most sought-after fish in the ocean’.

Crew members said it was a ‘no-brainer’ for Campbell to do his best to reel in the beast and mount it on his wall as a prize.

But Campbell and his mom chose instead to have the shark tagged and release it back into the ocean so researchers could follow and learn from it.

Great white sharks are a ‘vulnerable’ species and therefore it is illegal to catch and keep them in the US.

It was not the only shark encounter while fishing in recent years.

‘I fought it for about an hour, and that is when we knew it was the real deal, we were in for a long fight,’ said Thomas Thompson. ‘It was pretty crazy, we definitely were not expected that.’

A shark captain in New York City, Tom LaCognata, said he caught great white sharks that were 6 to 7 feet long off of Long Island last summer.

‘We were able to get (them) close to the boat and just cut the line,’ LaCognata told the New York Post. ‘You don’t want to get too close to their teeth.’