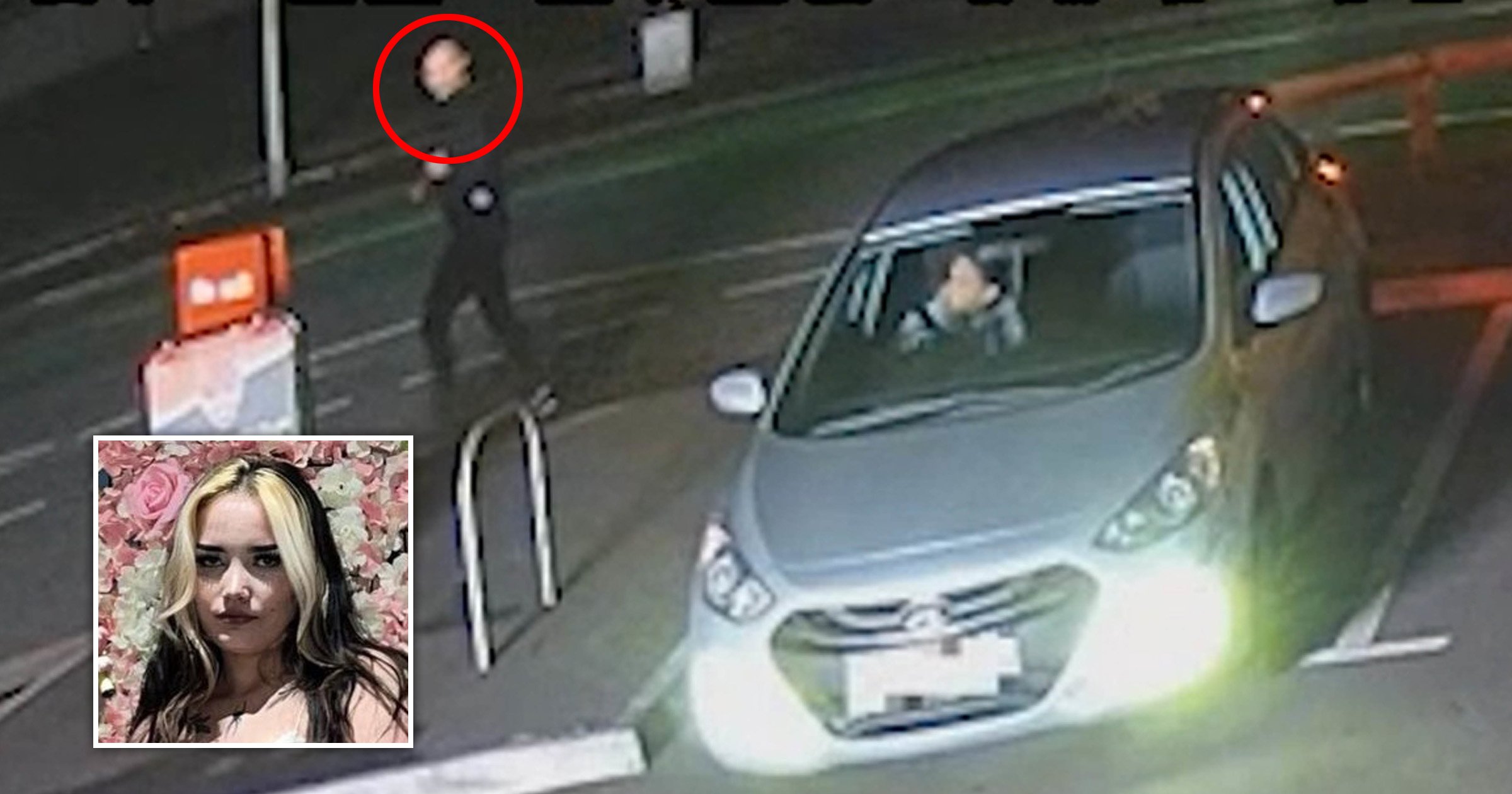 Spine-chilling footage reveals how 18-year-old Lily Sullivan’s killer passed her mum by just a few feet moments after strangling her and dumping her in a pond.

Lewis Haines, 31, was jailed for life with a minimum of 23 years after admitting to murdering Lily at the end of a night out in Pembroke, Wales, last December.

He was noticed walking erratically past a nearby garage behind Anna Sullivan, who was parked up waiting to give her daughter a lift home.

CCTV footage shows him turning his head twice towards Anna, who leant forward on the dashboard to catch a better glimpse of the man as he strode off.

Only later realising she had been watching her daughter’s murderer, Anna said she was wracked with guilt for not ‘confronting him’ and will spend the rest of her life ‘wondering if I could have saved her’.

After meeting at a local nightclub, Lily and Haines spent an hour in a nearby alleyway kissing and chatting until he grew ‘frustrated’ at her for refusing to have sex, Swansea Crown Court was told.

Haines, a father-of-one whose long-term girlfriend was at home at the time, lashed out when Lily ‘decided she was going home’ shortly before 3am.

Having asked her mum for a ride home, Lily phoned her and said: ‘I’ll be there now mam. I’m on my way. I’m a couple of minutes away. I’m nearly there.’

But the line went dead as Haines launched his attack, and CCTV footage showed Lily’s phone lighting up repeatedly as her mum tried to call her back 30 times.

The court heard how Haines ‘strangled Lily in order to prevent her telling people he had tried to get her to go further than she was willing’.

Judge Thomas said: ‘His intention was to silence her. He didn’t want anyone to know what had happened in the lane.’

The court heard he had a ‘great deal to lose’ as he was also fighting a family court case to get access to his child.

The 31-year-old insisted the attack was not sexually motivated, which would have lowered the sentencing threshold from 30 to 15 years, but his claims were rubbished after the court heard he had forcibly taken Lily’s top off.

Sentencing the 31-year-old on Friday, Judge Thomas added: ‘You strangled her face-to-face, she must have been terrified.

‘She was entirely at your mercy and you, Lewis Haines, showed her none. You were entirely thinking about your own self-preservation.’

Lily’s mum branded her killer ‘pure evil’ in a victim impact statement read out in court.

She said: ‘The events of the night Lily died go over in my mind constantly and I wake up in the night picturing Lily in the water wondering if she knew what was happening, if she was scared.

‘I wish I had stopped Lily going out that night.

‘I picture the male responsible for Lily’s death who I saw in the garage and wish I’d confronted him.

‘Knowing I was that close to her, I wish I’d gotten out of my car and walked. I will always wonder if I could have saved her.’

She remembered her daughter as ‘beautiful inside and out’, a ‘forgiving, kind and loving’ girl who was a talented artist and had been ‘robbed of her future’.

In court it was revealed how she had repeatedly lamented high-profile cases of sexual violence towards women on social media and tried to educate her friends about safety on nights out.