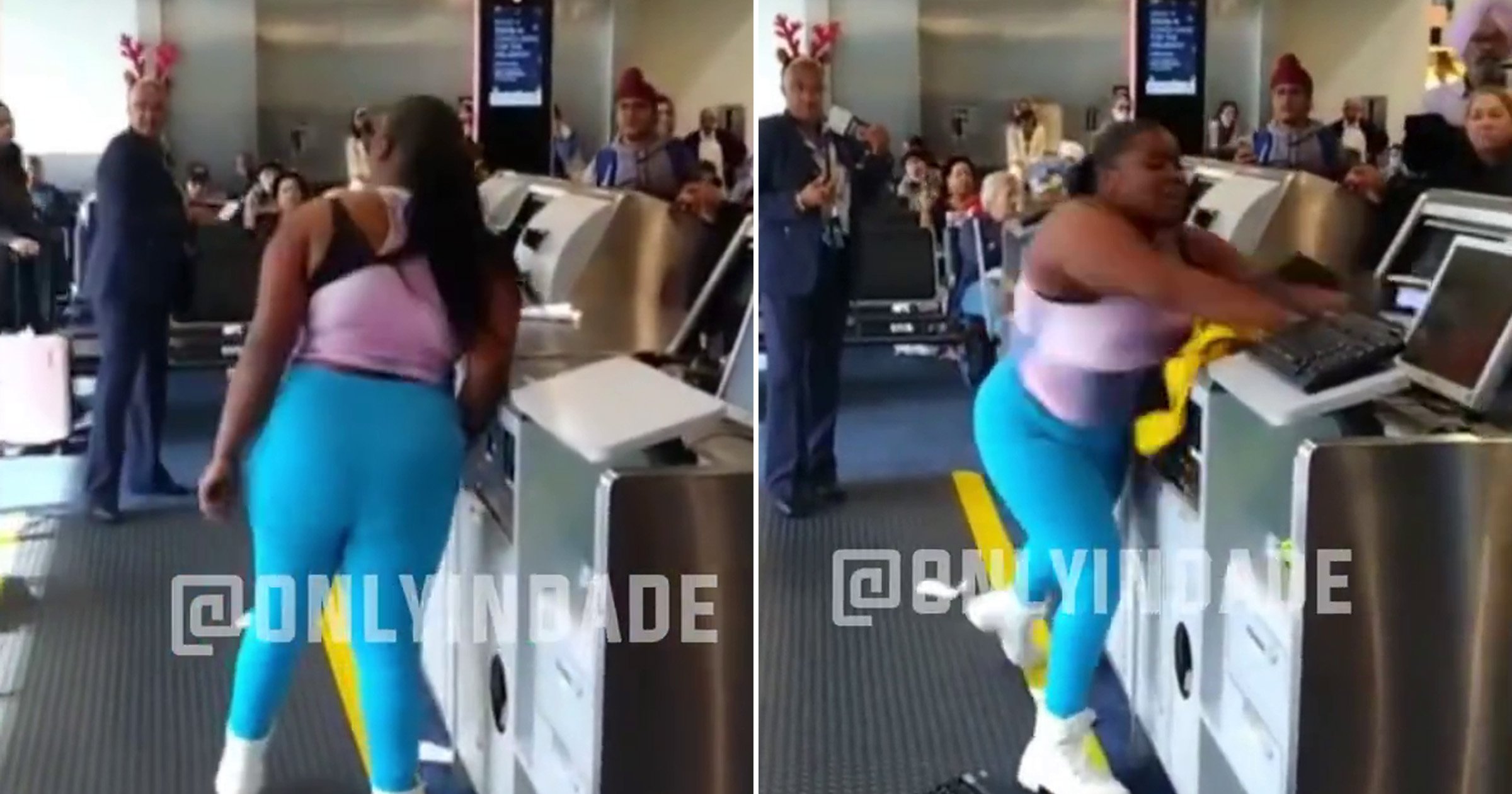 A mother took her frustrations at an airport out by ripping out computers and throwing a monitor at an airline gate attendant.

Camilia McMillie, 25, reportedly lost her cool after missing her flight from Miami to New York City and getting it rebooked, and then losing sight of her two kids.

‘While the subject was with the gate agent, her two minor children walked away without notice to use nearby restrooms,’ said police, according to WSVN. ‘Once the subject noticed the children were not with her, she became irate and began to scream, demanding the gate agent to find her children.’

Videos recorded by other travelers at Miami International Airport on Tuesday showed McMillie shouting and pulling several computers out from the counter and onto the ground.

She ‘pulled the boarding pass reader off the wooden counter, damaging the equipment and countertop area’, police said.

‘As she continued to scream, she then grabbed the computer monitor and threw it at the gate agent, striking her in the shoulder.’

Another clip shows McMillie on the ground and getting up after a man wrestles away a roller luggage.

She was also recorded knocking down other furniture at the gate and climbing behind the counter, as police went behind to restrain her.

The mother from Birmingham, Alabama, has been charged with aggravated battery, criminal mischief and disorderly conduct.

The American Airlines worker suffered a bruise on her right shoulder.

‘Acts of violence against our team members are not tolerated by American Airlines,’ company spokesman Derek Walls told WSVN. ‘We are working closely with law enforcement in their investigation.’

McMillie’s children have received assistance from the Florida Department of Children and Families.