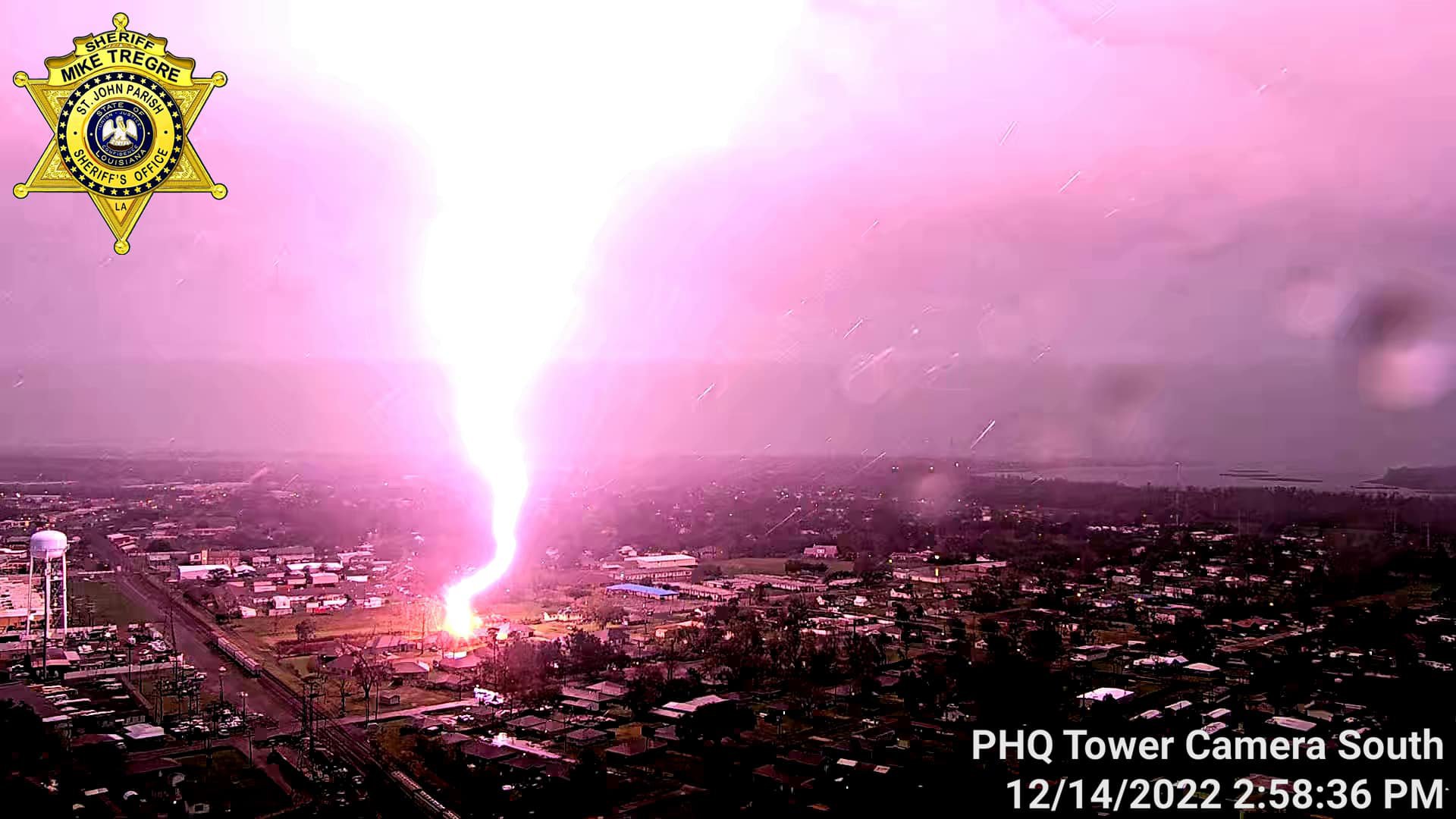 Breathtaking footage captured the destructive force of a tornado that ripped through southern Louisiana on Wednesday, killing at least three people.

The footage, obtained from a parked Tesla’s onboard cameras, shows the storm’s devastation seconds after passing through a Jefferson Parish street.

The actual twister is difficult to see – all the cameras can capture are black, ominous clouds surrounding the city streets in a matter of seconds. When visibility returns, a parked semi truck is flipped onto its side while debris from devastated buildings swirls around the landscape.

The tornados have left at least three people dead across the state, including an 8-year-old boy and his mother.

Nikolas Little and his mother Yoshiko Smith were discovered a half mile apart from each other on Tuesday night and Wednesday morning. A tornado had ripped through their mobile home in Caddo Parish.

Authorities said the pair were reported missing by the Little’s father. ‘He just went to go shopping for his family, came home and the house was gone,’ Caddo Parish Sheriff’s Department Sgt Casey Jones said.

‘She was outside the residence, so we don’t know exactly what happened,’ the parish’s Sheriff Greg Champagne said. ‘This was a horrific and a very violent tornado.’

Another tornado stormed through a hospital in New Iberia, leaving at least five people injured.

Additionally, more than 40,000 people throughout the state were left without power after the storm.