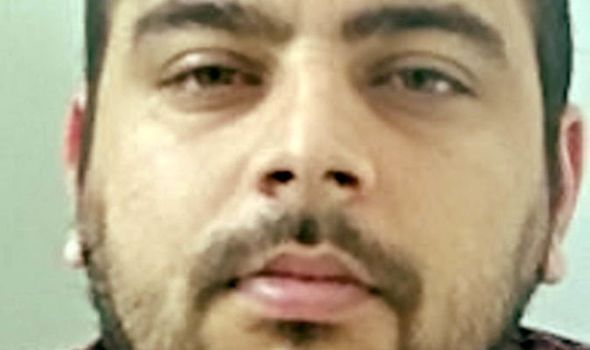 Jordan Monaghan killed baby Ruby when she was 24 days old and asleep in her Moses basket at home on New Year’s Day in 2013. Her mother Laura Gray was sleeping upstairs. In August of the same year he smothered their son Logan, who was 21 months old, in a changing room cubicle at their local swimming pool. He wasn’t arrested until 2018 when new information came to light. While on police bail he poisoned girlfriend Evie Adams, 23, with a deadly cocktail of prescription drugs in October 2019.

Monaghan killed because he could not face rejection by his partners, Preston Crown Court heard during his 10-week trial.

Monaghan, 30, who has had a minor illness, was not in court as the guilty verdicts were delivered yesterday, following 26 hours of deliberation by the jury over
six days.

Ms Gray, 28, could be heard weeping in the public gallery as the verdicts were read out.

Monaghan was convicted of the three murders and two counts of attempted murder to a third child who cannot be identified for legal reasons. The judge ordered him to be brought from prison to court for sentencing. Monaghan was described as a manipulative and a controlling gambling addict who obstructed the airways of his children in separate murders.

The construction worker, from Blackburn, killed his son a day after Laura told him their relationship was over.

She had discovered that he owed thousands of pounds in gambling debts.

The next day he took Logan to a local pool, Waves in Blackburn. While alone in a cubicle he smothered the boy.

Ruby’s and Logan’s deaths were both investigated as sudden and unexplained events, but Ruby’s death was attributed ­ to bronchiolitis while Logan’s remained “unascertained”.

Both had been seen by medics in the days and months before their deaths, but other than usual childhood illnesses no serious medical condition was found.

A review was carried out by Lan­cashire Police after further information came to light and Monaghan was arrested and bailed on suspicion of murder in January 2018.

As the police investigation ­continued, Monaghan began a “toxic” relationship with mother-of-one Evie Adams, 23, who had suffered “chronic abuse” before becoming a foster child aged 12.

Police warned her not to see him and a court order banned contact. But the relationship ­continued and, while on bail for the murder of his children, Monaghan killed Evie after she threatened to dump him.

Monaghan told her: “I won’t keep putting up with you saying we are over.” He illegally bought strong prescription drugs on the black market via WhatsApp and other contacts.

Evie was found to have tramadol, diazepam, amitriptyline, zopiclone and pregabalin medication in her body after her death on October 24, 2019.

Monaghan was rearrested in January this year and charged with all three murders.

After being brought ­to court for sentencing he sat in the dock expressionless.

Laura and the foster parents of Evie were sitting yards away in the public gallery.

Monaghan was told he cannot ­­be considered for parole until 2061.