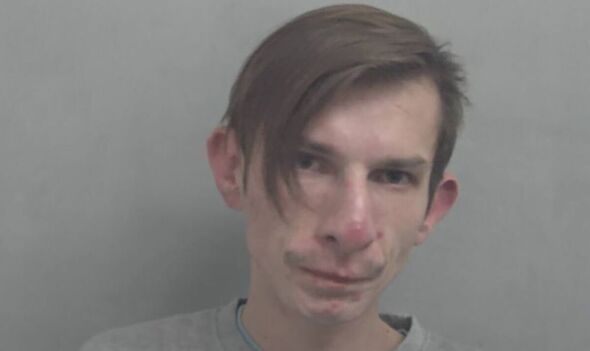 A menacing son tied up his terrified mother with computer cables, and threatened to pour boiling water over her.

Michal Strehlau, 27, demanded his mum transfer £10,000 to his bank account when he kept her prisoner for three hours and 40 minutes in her home. A court heard she then managed to untie herself and bravely escape through a living room window at the property in Hull.

Strehlau, who was drunk and had used amphetamines at the time of the offences, later secretly returned to his mother’s home, hid in the loft space and emerged to steal food and have a bath while she was out.

He admitted attempted robbery and false imprisonment in court and was yesterday jailed for four years, reports Hull Crown Court.

Sentencing the thug at Hull Crown Court, Judge Michael Fanning told Strehlau: “You had taken amphetamine and alcohol. You know that the mix makes you angry and you get ideas that you would never get if you were sober.

“She went along with the detention out of fear that she would be assaulted. It was relatively prolonged and there was the restraint and detention. There was the threat of using boiling water.

“You pose a wider risk to the general public. The facts of this offence are truly frightening. You casually accept that you were going to slightly choke your mother to frighten her. The threat to pour boiling water on her is abhorrent.

“A determination not to drink or take drugs on release is not something I consider likely. I am satisfied that you are, by definition, a dangerous offender.”

Amber Hobson, prosecuting, said Strehlau’s mum had asked her son to move out of her home and changed her locks. Strehlau had gone there anyway, knocked on a window and allowed him to come in.

The defendant, from Poland, believed his mum had hidden beer from him and “became aggressive and shouted”.

An hour later, he asked his mother to transfer some money to him.

“The defendant took the complainant’s mobile phone and said: ‘Transfer the money from your account to mine’. She refused and the defendant tried to do it himself. This complainant is a factory worker and £10,000 would be a significant sum to her.”

Strehlau later became more aggressive, returned with two computer cables and told his mother that he was going to tie her up and that, if she shouted, he would gag her.

She went along with this out of fear of what might happen if she did not and he tied his mother up by her arms and legs. He tried to transfer the money from her bank account but, while he was doing so, she managed to untie herself without him realising.

He threatened to boil some water and scald her. Miss Hobson said: “The defendant then went into the kitchen and she heard him pour water into a kettle and the beeping of her cooker.

“She decided to escape and climbed out of her living room window. She ran to the home of a friend. She believed that this was at around 4am. The police were contacted and attended to speak to her at 5am.”

Police later found a pan of water on the stove.

A few days later, the mother told police that she had found the bath wet and that scissors, cheese and ham were missing. She believed that her son was in her loft space. Police looked there and found food.

“The officers shouted for the defendant to reveal himself but he did not,” said Miss Hobson. “Because the hole was too small for the officers to enter, additional resources were required.”

Police removed floorboards from the flat above the loft space and they heard banging. “The officers again shouted for the defendant to reveal himself,” said Miss Hobson. “After 10 minutes or so, the defendant agreed to leave the loft and he was then arrested.”

The mother later said that she would like her son to return home and that she loved him. “She says that her son has told her that he is sorry and she believes he has been punished enough,” said Miss Hobson.

Strehlau had convictions for three previous offences, for being drunk and disorderly and obstructing a constable in 2018 and criminal damage in March 2021.

Cathy Kioko-Gilligan, mitigating, said: “This was appalling behaviour towards his mother. This is by no means an excuse but the defendant was labouring at the time under drink and drug misuse.

“At that time, the defendant had long-standing issues with illegal substance misuse. He intends now never to drink again or to use drugs, which he is now free from. He wants to express his remorse to her and he says, with some sincerity, that he will never behave in this manner again towards his mother.

“He has no previous convictions in relation to his mother. This behaviour is out of character.”

Strehlau had been attending daily classes in English while in custody on remand. He had been in this country for a year, the court heard.