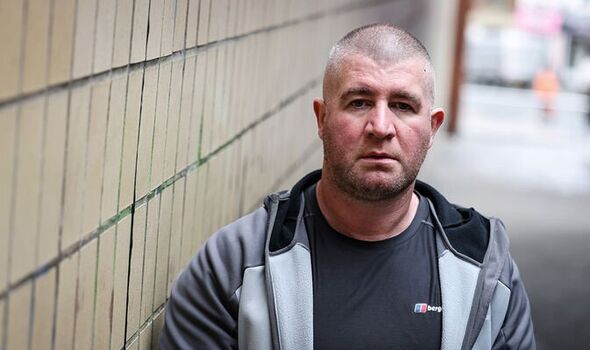 Sicarius McGrath, 41, was once described as presenting a “monumental risk to the public” after becoming involved in gang violence from a young age. However, when he was sat in his cell doing time for conspiracy to blackmail, controlling prostitution and possession of cocaine, Mr McGrath was “brought to tears” by TV drama Little Boy Blue.

The programme, broadcast on ITV, covered the murder of 11-year-old Rhys Jones in Liverpool, where Mr McGrath committed some of his crimes. Rhys was shot dead while walking home from football practice.

“It brought me to tears. I felt partly responsible as I’d put hundreds of weapons on the streets. I straight away wrote to the charity his parents had set up,” Mr McGrath said today.

“I had a passion from that point to change myself as a person and use my expertise to help others and reduce the amount of children becoming involved in knife crime, firearms, county lines, youth violence and anti-social behaviour.”

Now, having been released from jail six years into his eight-year sentence, Mr McGrath wants to help deter children from getting involved in crime, Manchester Evening News reports.

Recalling his time in crime, Mr McGrath said: “We used to flood the streets with guns and drugs, I was really good at it. I remember the first time I shot someone in the leg in Liverpool I s*** myself, no one really wants to kill anyone else, but it happens when you’re that deep in that world.

“And now kids are carrying knives, they’re scared of others doing so, so do so [carry knives] themselves. But they’re not going out to kill each other, it’s the last thing they want to do, but when kids are cocky it can happen.”

“I want to use the same methods I used to get kids into gangs to keep them out. You’ve got to be real with them and talk their language, if you try and be all clever with them they’ll not listen and just think you’re a d***h***. Kind of manipulate them into keeping out of violence instead of getting into it.

“I’ve gone to youth clubs where there’s been some really violent kids and I’ve become a monster again to scare it out of them. It’s made me realise I can still be like that monster I was but use it to scare kids out of violence. I’ve gone and they don’t want anything to do with me but by the end I’ve got them on my side.”

He continued: “It’s about relating to them. If they see a horrible b****** like me and I tell them what I’ve been through, it means a lot more than talking to a normal youth worker. But I can tell them you can either spend your life living in a cell or change and do some good.

“I’m hoping to get some videos with horrible criminals from prison talking about their experiences. They won’t necessarily say ‘keep out of gangs’, but it’ll show that that’s where you end up if you carry on the way you are, with violence and in gangs.

“I want kids to talk to the parents of victims of gang violence to see this is the result. You either end up in a cell or in the ground, you have to almost scare it out of them.

“I’m putting everything into this, I just know it’ll work, and there’s plenty of high up people interested to see if it does, because it’s so much different to anything tried before.

“Too many young people have lost their lives to violence, and it’s got much worse recently, something different needs to be done to stop it, and I’m I can do that.”