More rape victims should be allowed to pre-record their evidence to avoid the potential trauma of going to court, the Director of Public Prosecutions (DPP) has said.

Those victims who do still have to appear at trial could get a “digital walkthrough” so they know what to expect, as part of the Crown Prosecution Service’s (CPS) new five-year rape and sexual offences strategy.

It comes after figures revealed that despite reported rape cases increasing by 260% between 2013 and 2019 – just 1.4% of them ended in a prosecution for the year ending in March 2020.

Currently only those considered “vulnerable” witnesses, including alleged victims, are allowed to pre-record their evidence. 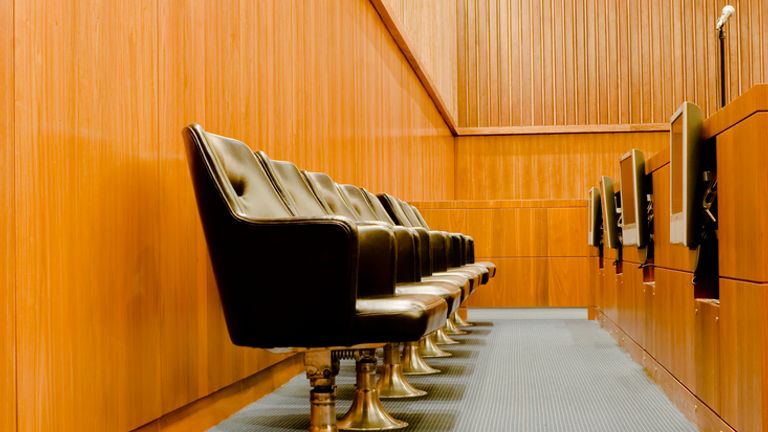 But DPP Max Hill wants that extended and says it could “help deal with the backlog of cases” caused by the coronavirus pandemic.

He said: “In some cases you can streamline the process by pre-recording the evidence that a witness will give in a police recorded video interview and then through cross examination by advocates on a date before the trial so that the victim doesn’t need to attend.

“I do think there’s a need for us to look again at those provisions, and to broaden the number of categories of people who should be entitled to submit to pre-recorded cross examination rather than waiting a long time in order to attend trial.

“So to expand beyond the current definition of vulnerable witnesses into more categories of people is something I think we should be looking at.”

As part of the new strategy, prosecutors will be given advice on how to deal with sexual violence within same-sex relationships or involving a transgender person.

Police will also be offered legal advice earlier on in investigations, according to the strategy being published on Thursday.

Mr Hill added that while the number of rape cases that resulted in a prosecution was low as the UK went into lockdown, figures have risen in recent months.

He said: “What I am encouraged by in this reporting quarter is that the trends are moving in the right direction.

“That means in particular the proportion of cases that are brought to the CPS by the police that we are able to charge, to take to court, continues to rise.”

Last month the End of Violence Against Women (EVAW) coalition called for an investigation into how the CPS deals with rape over claims many so-called “weaker” cases are failing to reach court.

Sue Hemming, CPS legal director, said at the time that there had been no change in how rape cases are handled.