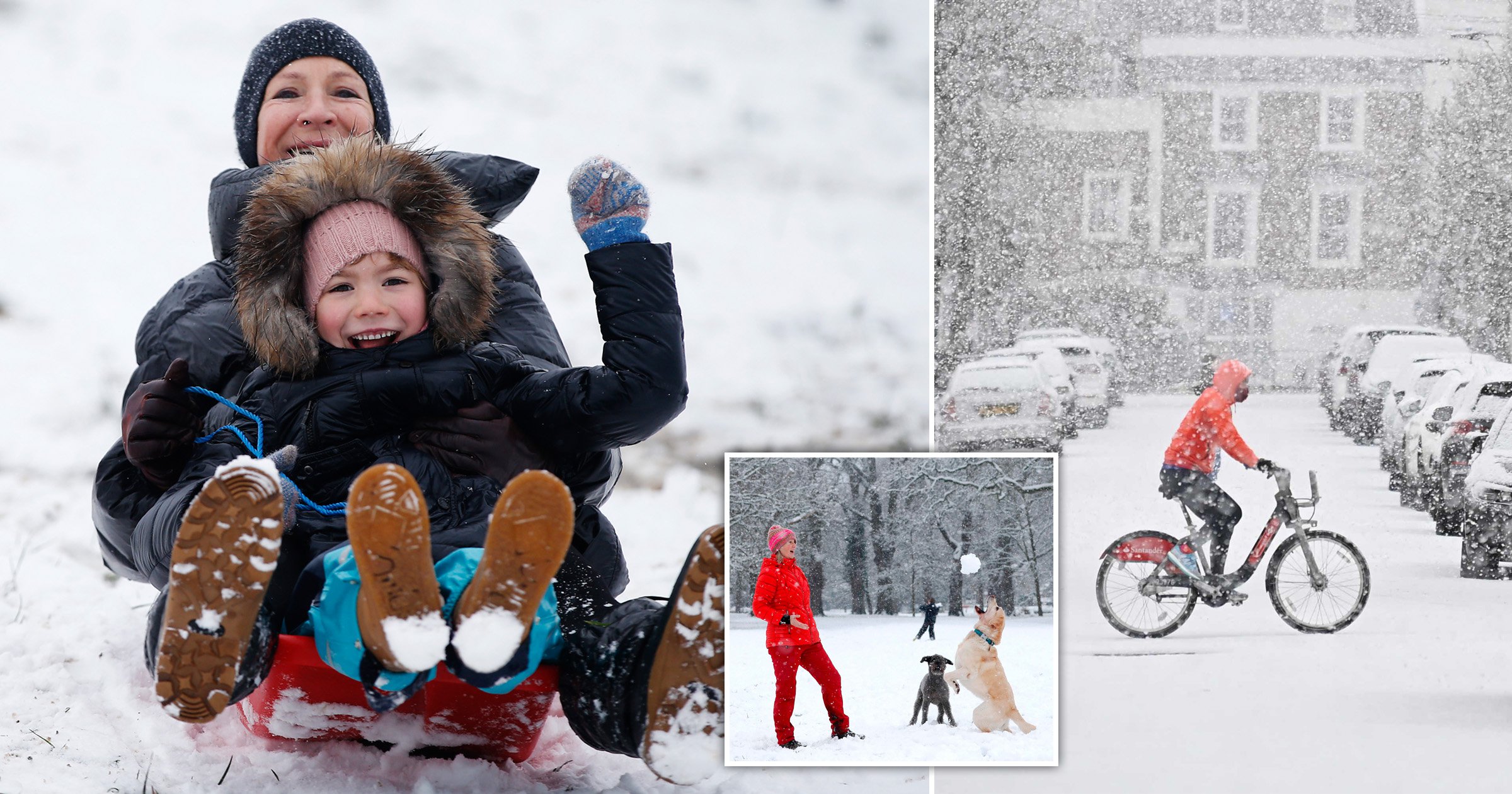 More snow could hit London in weeks with temperatures plummeting below 0 even as spring approaches, according to a long-range weather forecast.

AccuWeather predicts lows of -1 degrees during the first week of next month, with snowfall expected on Thursday March 4.

This is not expected to be anywhere near as heavy as the treacherous conditions brought about by Storm Darcy earlier in the month.

Snow is only expected to fall in the morning before the clouds break for some sun in early March.

The following weeks will be marked by clouds and rain with highs of 13C and lows of -1C predicted.

More snow is predicted to fall on Mach 18, lasting until March 20 when spring officially starts.

The unusually cold forecast comes after parts of the River Thames froze over for the first time in more than a decade on Thursday night.

The country experienced its coldest February night for a quarter of a century last week, with temperatures plummeting to below -20C in some areas due to Storm Darcy.

London was also hit by heavy snow in January after blizzard-like conditions travelled south from Manchester, Northumberland and Yorkshire,

Colder than usual weather looks set to stay next month, when it is hoped lockdown will be lifted with meet ups in parks allowed.

Long-range weather forecasts are difficult to predict, meaning conditions could change in the coming weeks.

According to Met Office, below average temperatures will bring an increased chance of overnight frost and a chance of snow in mid-March.

Their long-range forecasts look at the UK as a whole rather than a specific region, so it is not clear where the snow could fall.

But the weather experts say the next few weeks will be marked by a broad northwest to southeast split, with the former more likely to see rainfall and strong winds and the east and southeast more likely to remain dry, fine, and settled.

As for this weekend, yellow rain warnings are in place covering Devon, Cornwall, Wales and many parts of Scotland.

Some 70-100 mm of rain is possible, with the highest ground of Dartmoor and the Brecon Beacons potentially seeing up to 150 mm.