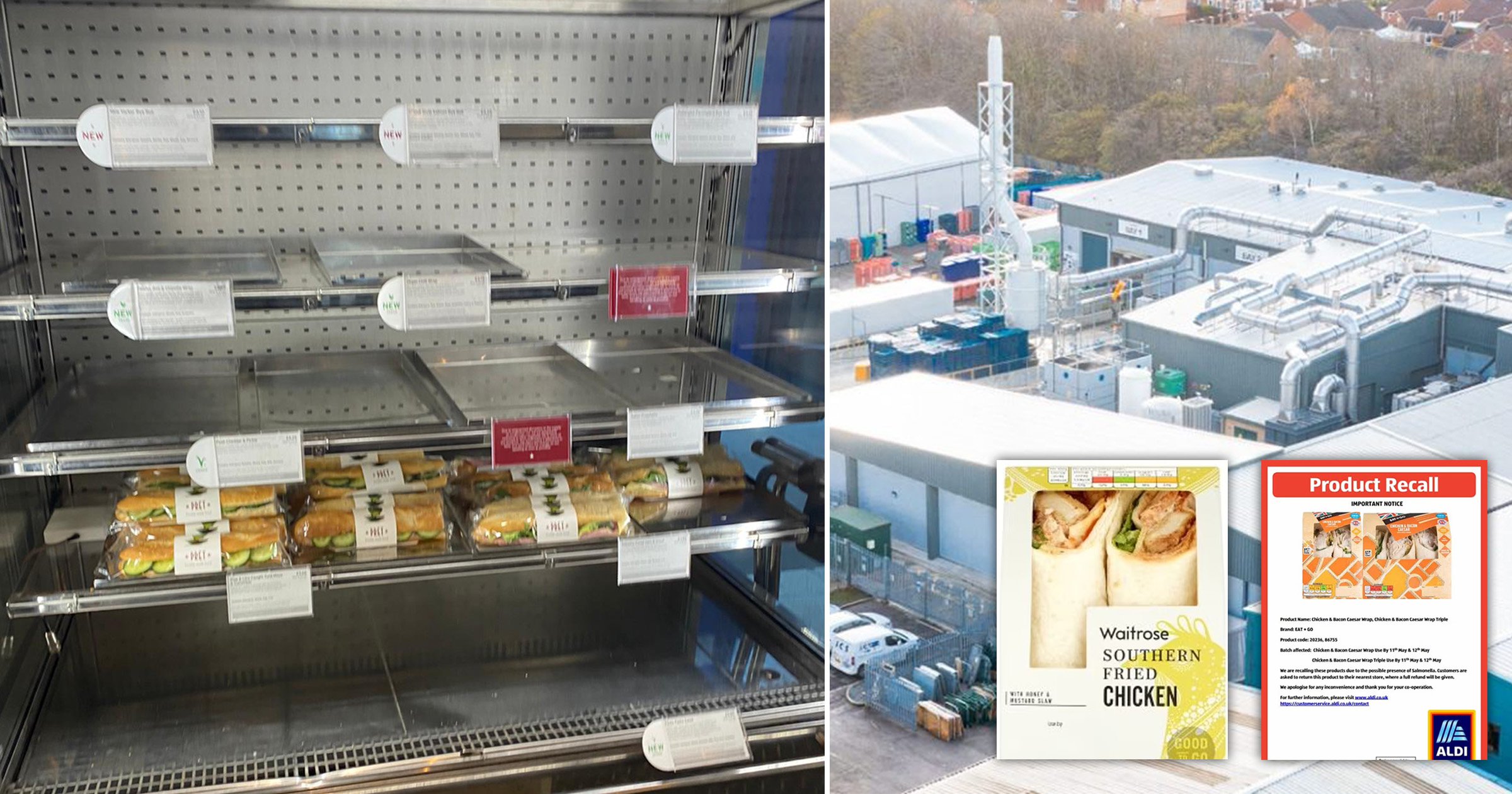 A host of retailers have removed sandwiches, wraps and ready meals from their shelves following a salmonella outbreak at a UK processing factory.

The number of products has now passed 100.

Pret A Manger, Tesco, Marks & Spencer, Waitrose, Sainsbury’s, Co-op and Aldi have all removed products from shelves and have asked customers not to eat them.

Scores of chicken-based sandwiches were recalled as well as other lunch-style products.

Salmonella had initially been detected at the Cranswick processing factory in Hull during a ‘route internal inspection’.

It is not yet clear if anyone has been made ill by the bug.

Symptoms of salmonella poisoning include diarrhoea, vomiting and stomach cramps.

Other symptoms can include nausea, vomiting, chills and headaches.

The Food Standards Agency (FSA) have warned people who may have bought any of the affected products, full list below, to return them.

A spokesperson said: ‘Our advice to consumers If you have bought the above products, do not eat them.

‘Instead, return them to the store from where they were bought for a full refund.’

Yesterday, Waitrose said it recalled some of its chicken sandwich range as a ‘precautionary measure’ and urged customers to return the items to their nearest store.

This comes after Pret A Manger removed ‘the majority of items’ containing chicken from its menu.

A Pret spokesperson said: ‘As a precautionary measure, we’ve temporarily removed the majority of chicken items on our menu due to a potential food safety risk at one of our suppliers.

‘We hope to have these products back in shops soon. We apologise for any inconvenience.’

Cranswick is working with the Foods Standards Agency (FSA) to resolve the issue, the firm said in a statement.

A spokesperson said: ‘We are conducting a thorough investigation into the possible cause of the contamination and the site will remain closed until the investigations are complete.’