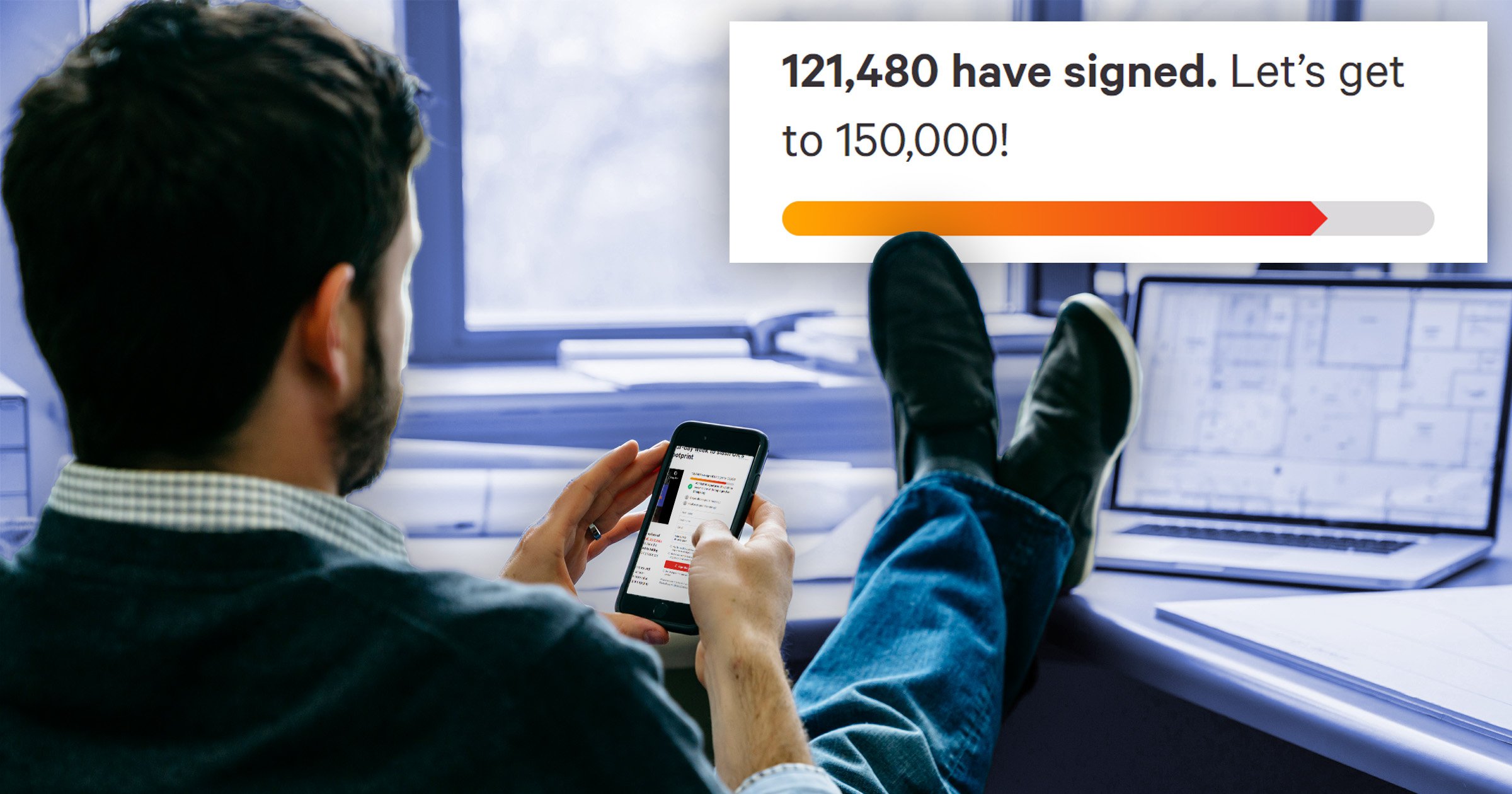 After a delightfully long Easter bank holiday, it appears Brits would rather like an extra day off permanently.

Nearly 30,000 people signed a petition calling for a four-day week over the weekend, taking the total tally to more than 120,000.

Joe Ryle, the director behind the 4 Day Week Campaign, believes the Government is ‘stuck in the past’ when it comes to flexibility at work, saying it’s ‘becoming impossible to ignore the benefits’.

‘We invented the weekend a century ago and it’s time for an update.’

The four-day week has been gathering momentum since the pandemic began two years ago.

According to recent research, some 72% of office workers would prefer a shorter working week.

Some 3,000 people in 60 UK companies are currently signed up to the biggest ever pilot of the four-day week to take place anywhere in the world.

There will be no loss in pay for employees, but they will be asked to maintain 100% productivity for 80% of their time.

Aside from arguments about a boost in staff wellbeing and productivity, campaigners argue such a scheme would dramatically reduce the UK’s carbon footprint.

Citing a scientific report commissioned by the 4 Day Week, the activists say the shift to a 32-hour working week with no loss of pay would reduce pollution by 127 million tonnes per year.

This represents a decrease of 21.3% – more than the entire carbon footprint of Switzerland and equivalent to taking 27 million cars off the road.

Anna Diski, who launched the petition on Change.org, said: ‘Like most people, I’ve always liked the sound of a four-day week but when I saw that it could also help cut the UK’s carbon footprint so quickly and significantly I knew I had to do something to make it a reality.

‘I’m terrified about the climate crisis and the science is clear that we need to be doing everything possible to cut emissions.

‘If we can do that by moving to a four-day week, and we get better wellbeing and productivity in the process, surely it’s a total no brainer?’