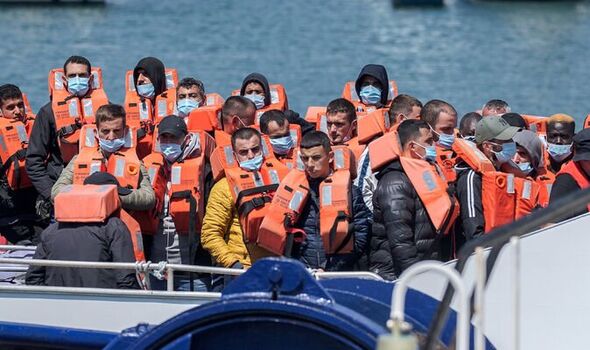 A newborn baby crossed the Channel in a small boat, as dozens made the perilous journey before being helped to shore by Border Force patrol boats. A woman was seen shielding a tiny baby too while a toddler was carried to safety in a car seat.

Some 15,107 people have travelled from France in dinghies and cobbled-together boats compared to 7,735 at the same time last year.

The Ministry of Defence recorded 119 people on Saturday in three boats and 154 in four boats on Sunday.

The second longest consecutive period of crossings this year was a nine-day stretch recorded between April 11 and April 19 resulting in 2,143 people arriving.

MPs told the Government there was “no clear evidence” that its policy to deport some asylum seekers to Africa would stop the crossings.

The House of Commons Home Affairs Committee claimed that the crossing had increased since the initial £120million Rwanda deal was announced in April and said “much more clarity” was needed on the plan.

Solving the issue is likely to be a huge priority for whoever replaces Boris Johnson.

The Government has reportedly put on hold until after the Conservative leadership contest fresh attempts to get the first migrants deportation flight off the ground.