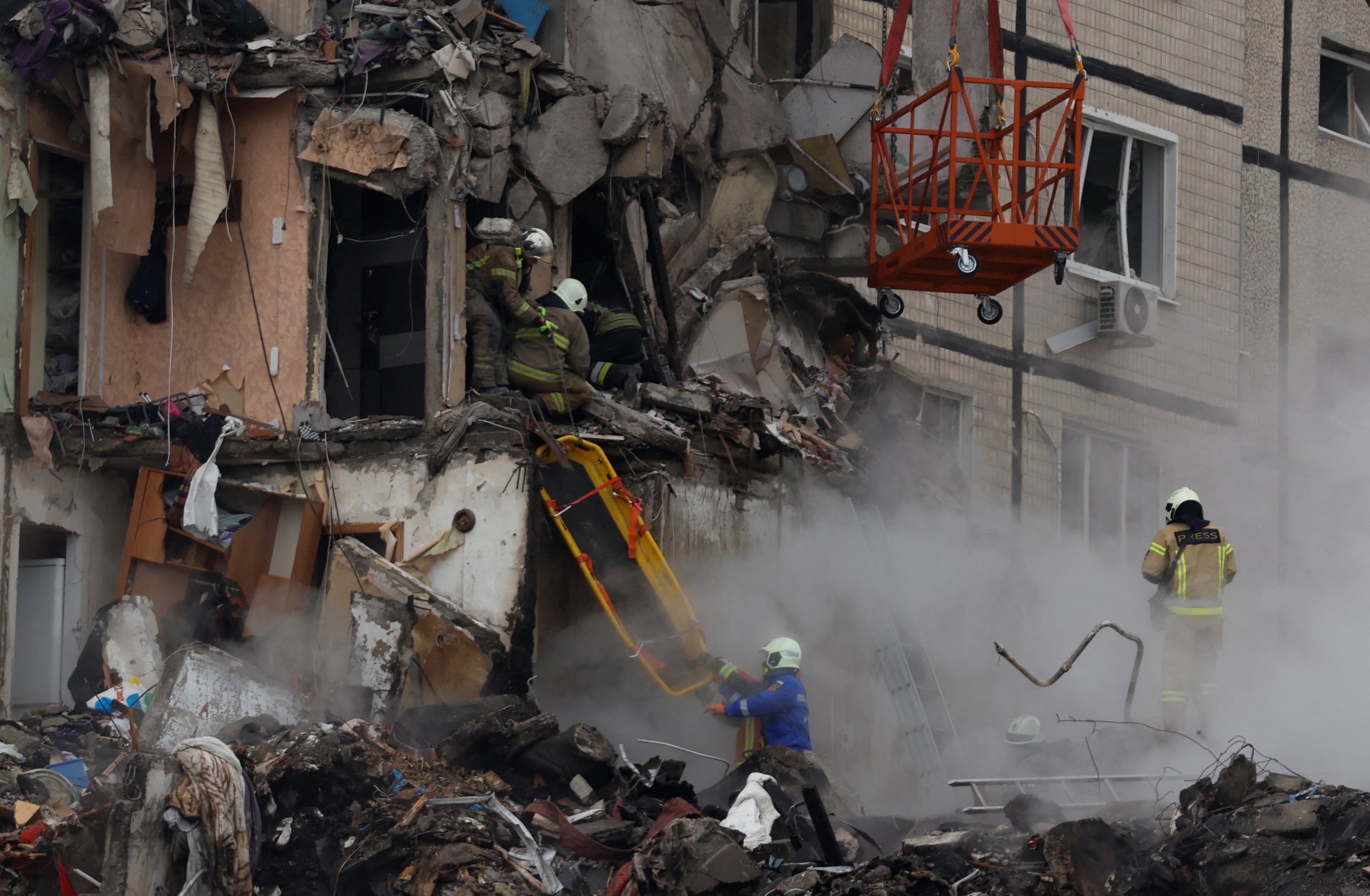 The death toll in Russia’s missile strike on a nine-storey apartment building in south-central Ukraine has risen to 23.

Rescuers worked through the night after the rocket attack on the block in Dnipro, but at least 40 people are still unaccounted for.

A child is among those killed in the assault, according to state emergency service.

At least 72 people were injured, including 13 youngsters, the latest update from Dnipro City Council said.

There are fears many more are buried beneath the rubble of the apartment block where 1,100 people lived.

The chances of pulling more survivors from the wreckage are ‘minimal’, the city’s mayor, Borys Filatov, said.

‘May God help us find several of them. I think the number of dead will be in the dozens,’ he added.

Some 72 flats were destroyed and more than 230 were partially damaged, leaving hundreds homeless in the middle of winter.

The building was hit during a wave of Russian strikes on Ukraine on Saturday, the latest of attacks in recent months on critical infrastructure that have plunged the country into darkness and killed civilians.

As Mr Filatov spoke, rescue workers were digging through smashed concrete and twisted metal from a portion of the building.