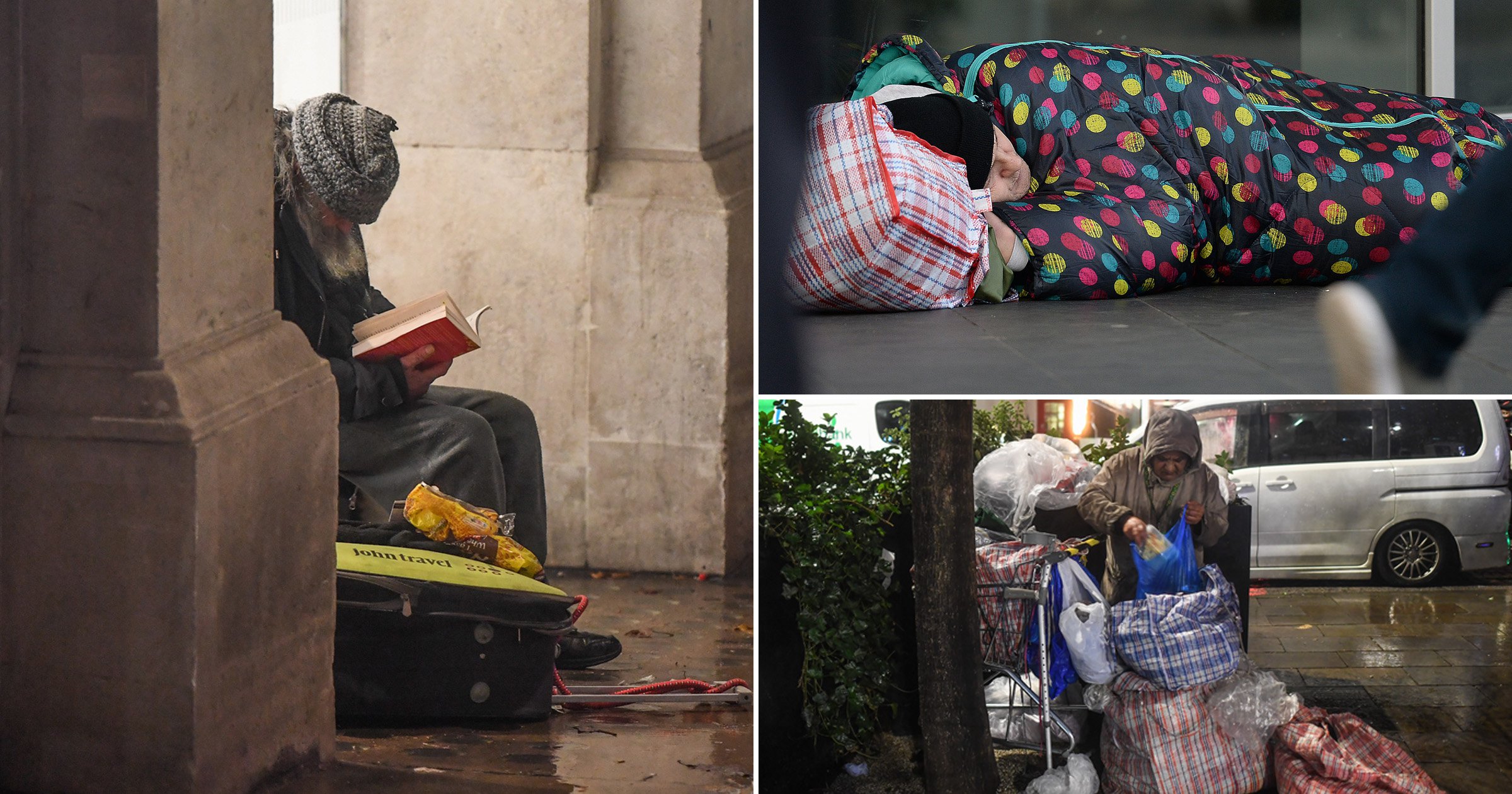 The number of people sleeping rough in the capital has hit a new record high.

Outreach workers counted 11,018 people living on the streets of London in 2020/21 – nearly double the number there was a decade ago.

The annual Combined Homelessness and Information Network (Chain) report said 7,531 of these were new rough sleepers.

Rough sleeper numbers peaked last year in April before dipping considerably as 3,365 rough sleepers were placed into emergency accommodation under the government’s Everyone In programme following the coronavirus outbreak.

Numbers rebounded as the scheme started to be wound down in the summer and the Salvation Army said they now threaten to ‘spiral out of control’.

The charity’s director of homelessness services Lorrita Johnson said: ‘These figures make sombre reading. There has been a 3% increase in people sleeping rough in London compared to the previous figure of 10,726 in 2019 to 2020.

‘The gains made during the government’s successful Everyone In campaign are being lost and we appear to be heading back to pre-pandemic levels of homelessness once again, which is a tragedy.

‘Many people are being forced onto the streets for the first time in the economic downturn, and they must be helped to rebuild their lives.

‘The government must take immediately action to address this issue if it is to stand any chance of meeting its manifesto commitment to eradicate homelessness by the end of this parliament.’

Westminster had by far the most rough sleepers of all London boroughs, with 2,162 people, followed by Camden with 630 people. Sutton had just 18.

The report covers the 12 months from April 2020 – an extremely turbulent period spanning the Covid-19 crisis which was reflected in the findings.

Substance dependence was found among considerably fewer rough sleepers in 2020/21 than in previous years.

Fears of a new spike in homelessness were raised after the government’s ban on evictions ended on May 31 in England.

Stephen from East London was sleeping rough before he found help at the Salvation Army’s winter shelter Malachi Place.

He first moved out of the family home in his early 20s to live with the woman who would become the mother of his children.

After a few years, the relationship broke down and Stephen moved back home, but he found it hard to settle and argued a lot with his mother and siblings.

He said: ‘We would argue about silly little things. One day in December 2018, it got out of hand and things were said which shouldn’t have been said.  And once things have been said, you can’t take them back, so I walked out. I felt really low, I felt like a failure and I knew I couldn’t go back there.  But I had nowhere else to go so just like that, I was homeless.

‘I have suffered with anxiety all my life and at that point, it was very bad.  I couldn’t get my head around the fact that I had nowhere to stay just because of the breakdown with my family.

‘I moved around, sleeping in different places each night, trying to find somewhere I felt safe.  I slept in shopping malls, car parks, tower blocks. A couple of friends let me sleep on their sofa sometimes. On two occasions I slept outside in a football field as I had football practice the next day.

‘I became very depressed because I felt invisible. When you’re on the street everything spirals and you can feel like you’re nothing – it’s really damaging to both your physical and mental health.’

Metro.co.uk has contacted the Ministry of Housing, Communities and Local Government for comment.