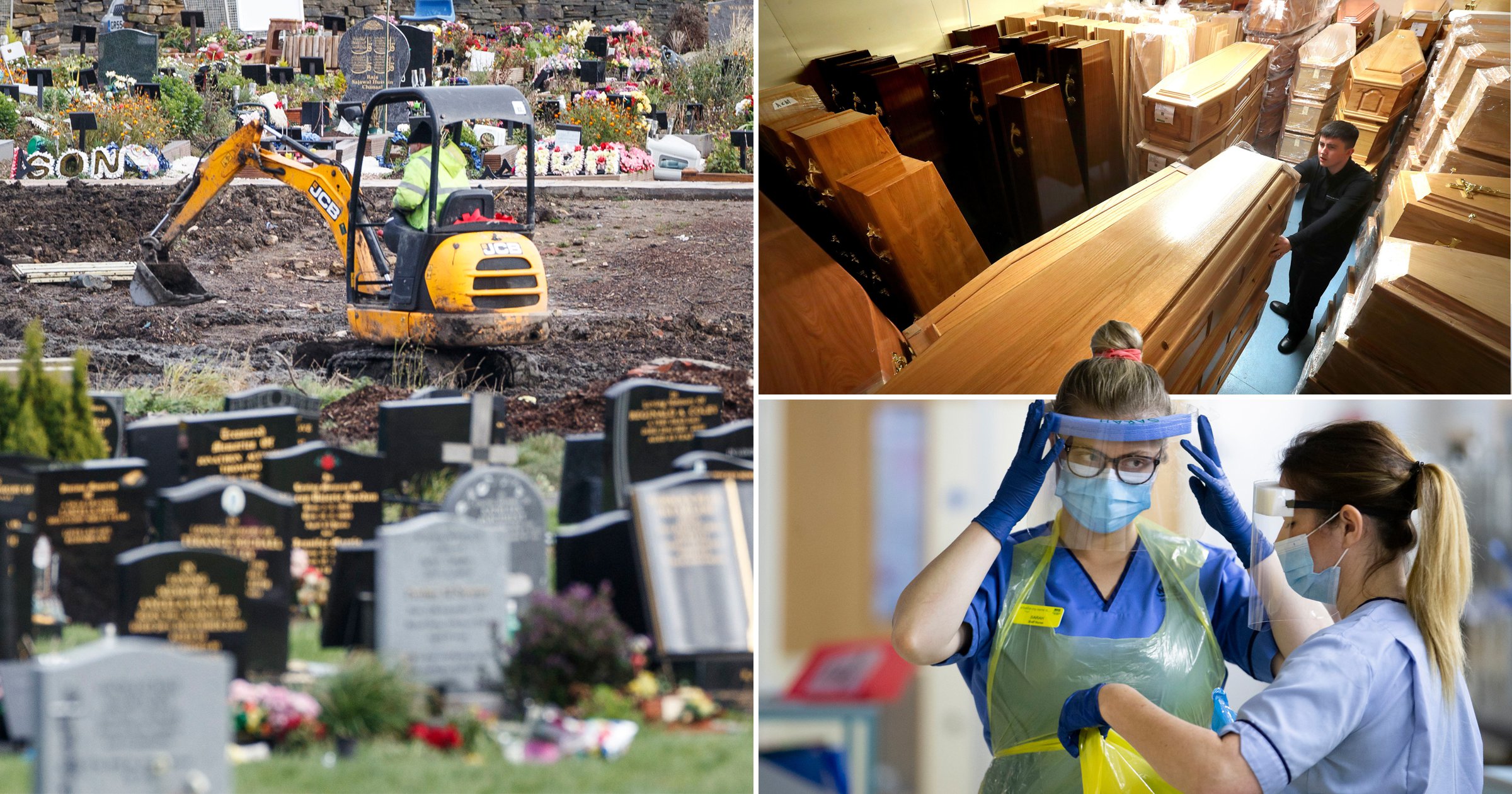 More than 900 people died with coronavirus every day on average in the first two weeks of 2021, new figures have revealed.

The last time the UK saw a 15-day period that was so deadly was in the last half of April 2020, and the number is likely to increase as more deaths are registered.

It comes exactly one year on from the country’s first known coronavirus death on January 30, 2020.

The UK’s Covid-19 death toll, including all mentions of coronavirus on death certificates, has passed 120,000.

The Government’s preferred way of measuring coronavirus deaths is counting the deaths that happen within 28 days of testing positive. This number has just passed 100,000.

While the first wave saw fatalities rise sharply, deaths have increased over a longer time in the current wave, analysis from the Office for National Statistics (ONS) states.

A total of 50,000 deaths had occurred in the first wave by May 23 – two months after the UK locked down for the first time.

At least 13,876 people have died with coronavirus this year up to January 15, which is the latest date for which ONS data is available.

Karl Friston, professor of imaging neuroscience at University College London, and panellist on the Independent Sage group, said the total number of deaths in the second wave is ‘likely to far exceed the number seen during the first’.

The rate at which deaths will decline is likely to be slower and fluctuate, he believes.

He said: ‘In short, it seems as if the current resurgence will, on the one hand, not attain the peak fatality rates of the first wave; however, it is likely to be more protracted and deadly.

‘The actual trajectory will depend sensitively on sociobehavioural responses (eg opening schools) and the efficacy of vaccination.’

Hospice UK estimates more than 600,000 people will be dealing with the impact of losing a loved one, based on an average of five people being bereaved per death.

Imogen Thomas, Dying Matters campaign manager for Hospice UK, said: ‘During the past year, we’ve witnessed the most deaths for more than a generation, leaving many people lost and mourning.

‘Taking into consideration social distancing measures and lockdowns, people have not been able to come together to grieve, causing huge amounts of damage to emotional wellbeing.

‘While there is no right or wrong way to grieve, we want people to know there is help out there. It may not be easy to talk about death, but it matters.

‘By remembering and talking about the people we have lost, we can support one another at an incredibly difficult time.’

A spokesperson for the Sue Ryder charity said demand for free video counselling more than doubled in 2020 compared to the previous year.

The charity’s online bereavement community, which offers peer-to-peer support for those who are grieving, saw an increase of 47% in visitors year-on-year.

The charity’s head of bereavement Bianca Neumann said: ‘The coronavirus pandemic has meant that for many people, they have been unable to spend time with someone who is dying and may have experienced a more unexpected or distressing bereavement.

‘The combination of economic pressures and social distancing restrictions may mean that people who have been bereaved feel stuck, unable to engage in activities that may have helped with their feelings of grief.’

Similarly, the Marie Curie charity has warned the country is ‘navigating mass bereavement amid ongoing tragedy’.

It is calling for March 23 – the day the UK first entered lockdown – to be a national day of reflection for the people bereaved since the pandemic began.