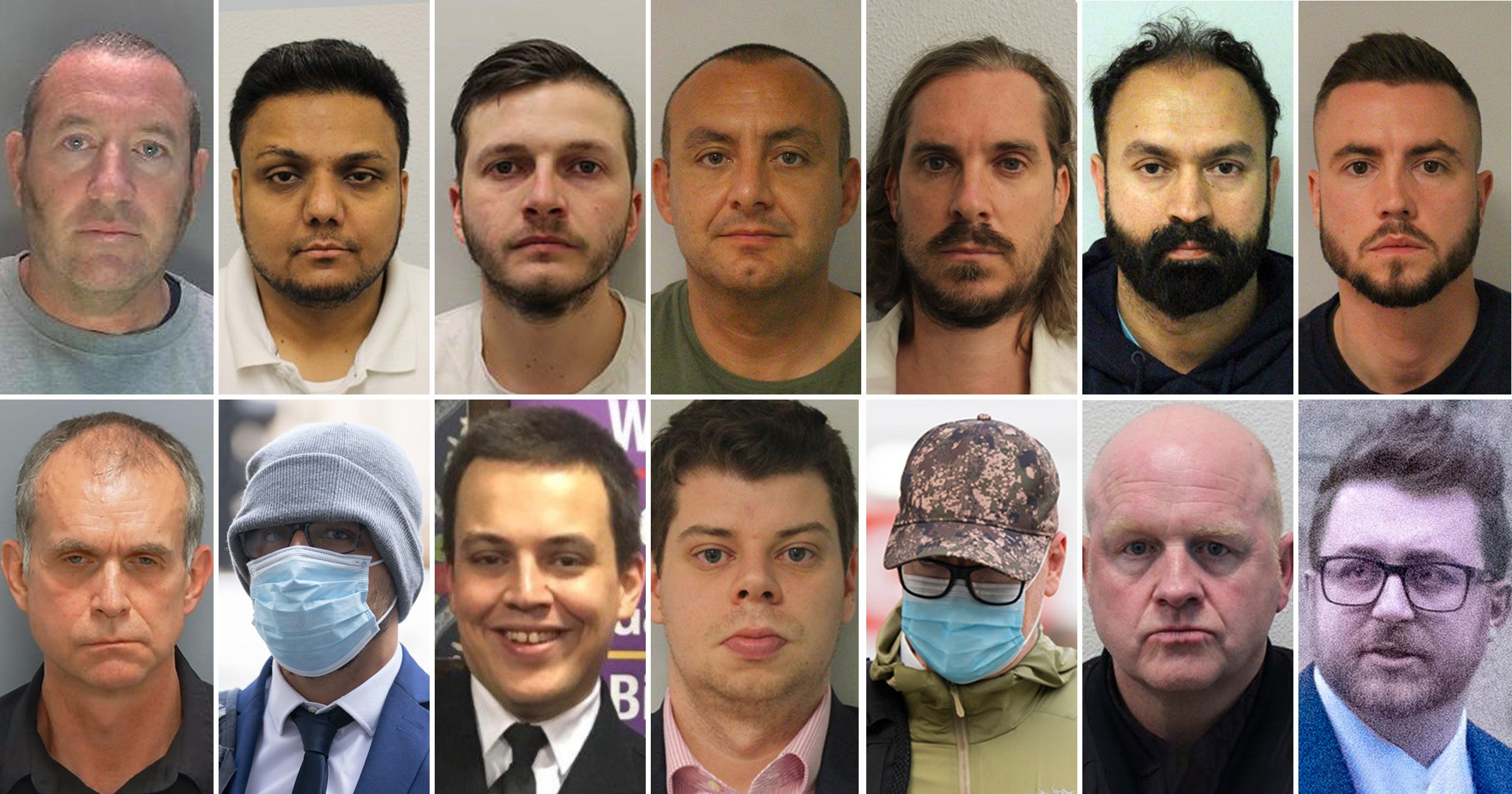 More than a dozen Metropolitan Police officers have been convicted of serious offences since the murder of Sarah Everard – with the majority committing sex crimes or violence against women.

The killing of Ms Everard, 33, on March 3, 2021, at the hands of serving officer Wayne Couzens, sent shockwaves across the nation and raised serious concerns about women’s safety on the streets.

Now fears are growing that more officers within the force could be unmasked as criminals, after serial rapist PC David Carrick last week pleaded guilty to 49 charges, including 24 counts of rape against 12 women, between 2003 and 2020.

The Met apologised and conceded it had ‘missed opportunities’ to remove Carrick – branded one of the worst offenders in modern history.

Carrick was allowed to get away with his crimes for two decades until he was arrested in October 2021 and has now been kicked out of the force.

Here a timeline reveals the officers convicted in the wake of Ms Everard’s tragic death.

Detective Constable Mark Collins, who once worked in child abuse investigations, is jailed for two years for sending sexually explicit texts and phots to a 13-year-old girl – later revealed to be an undercover officer.

In the same month, former police sergeant Syed Ali is sentenced to six weeks in prison, suspended for 18 months, for bombarding a woman with almost 500 sexual messages, five years after they last spoke when she reported a crime.

Detective Sergeant Benjamin McNish is spared jail after being convicted in June 2021 of spying on a woman as she showered and taking photographs on his phone.

McNish, who worked in investigating child abuse and community support, was found guilty of voyeurism.

Wayne Couzens is handed a whole-life term for the kidnap, rape and murder of Sarah Everard.

PC Jamie Rayner is jailed for violently assaulting his girlfriend, reportedly identified as a female serving police officer he had been in a ‘controlling’ relationship with for 10 months.

PC Deniz Jaffer and PC Jamie Lewis are jailed for taking pictures of murdered sisters Bibaa Henry and Nicole Smallman and sharing the images on WhatsApp.

Detective Inspector Neil Corbel, who worked for the Met’s counter-terrorism unit, is jailed for three years after posing as a pilot to secretly film models during bogus photoshoots.

PC Adnan Arib is jailed for two years for using his position to start a relationship with two ‘vulnerable teenage girls’.

Detective Constable Frances Olwage is handed five-and-a-half years behind bars for child sex offences including trying to groom a 13-year-old girl posed by a police officer.

PC Will Scott-Barrett is handed a nine-month jail sentence, suspended for a year, for sending sexual messages to a 15-year-old boy while off-duty.

PC Jonathon Cobban and former PC Joel Borders are jailed for 12 weeks for sharing ‘sickening’ messages in a WhatsApp group with Wayne Couzens.

PC Matthew Cooper is sentenced to seven months in prison, suspended for two years, for using a tracking app to monitor the movements of an ex-girlfriend, a former police officer, who fled to Australia ‘out of fear’.

In October last year, it was revealed how hundreds of officers working for Britain’s biggest force have avoided being sacked after breaking the law.

Of 1,809 staff facing misconduct charges since 2013, just 13 had been dismissed, in damning revelations described as ‘appalling’ by Met Commissioner, Sir Mark Rowley.

In the wake of Carrick’s conviction, women’s charity Refuge dumped more than 1,000 bad apples outside New Scotland Yard’s HQ in central London in a bid to highlight the scale of abuse allegations engulfing the force.

Last week, it was revealed how a Met Police abuse complaints hotline received 700 calls in a single day about alleged sex and domestic violence by officers.