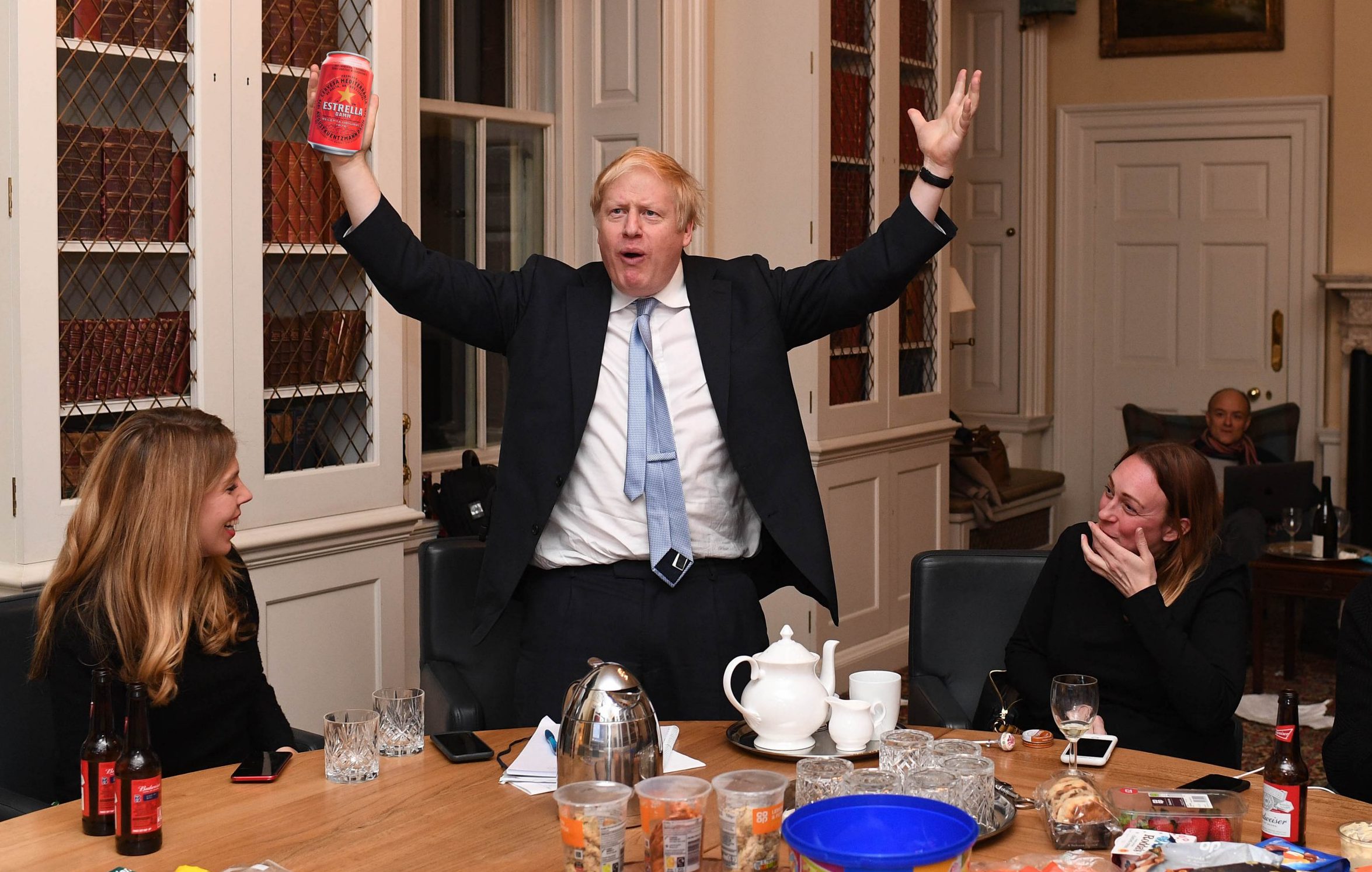 More than half of the British public think Boris Johnson should resign after he was fined for breaking his own Covid rules.

The prime minister attended his 56th birthday party in the Cabinet room in Downing Street in June 2020, when indoor socialising was banned.

Mr Johnson has apologised but claimed it did not occur to him that he was breaching the rules at the time.

Previous reports suggest up to 30 people sang the Tory leader happy birthday and presented him with a cake at the event.

On Tuesday, Mr Johnson acknowledged the public ‘expected better’ but refused calls to resign, saying: ‘I want to be able to get on and deliver the mandate that I have, but also to tackle the problems that the country must face right now.’

However, a snap poll for YouGov found 57% of voters thought he should quit, while 75% believe he knowingly lied when he repeatedly said he had broken no rules.

Separately, a survey by Savanta ComRes showed 61% said he should quit.

More than half the public (57%) also said they thought the chancellor should resign after he was also fined for breaking lockdown rules.

Rishi Sunak offered his ‘unreserved apology’ last night but also appeared to reject calls for him to quit. It has been reported that he was on the verge of doing so but pulled back from the brink as it would have ‘pressured’ Boris Johnson to do the same.

Mr Johnson’s immediate future will be decided by his Tory MPs, who can trigger a leadership challenge if 54 of the party’s 360 parliamentary members demand a confidence vote.

But many have rallied around their leader, saying now is not the time for a change in leadership.

Cabinet ministers Michael Gove and Grant Shapps were among the senior figures declaring their ‘full support’ for the prime minister.

Many who had previously called for him to resign over the scandal were also reserving their judgement, saying now is not the time for a leadership challenge due to the war in Ukraine.

Mr Johnson is reported to have attended six of the 12 gatherings being investigated by the Met Police, and he did not rule out the possibility that he could be facing further fines.

He has become the first sitting prime minister to have been found to have broken the law – despite insisting for months that all guidance had been followed as reports of Downing Street parties came out.

Mr Johnson will also shortly have to contend with the final findings of civil servant Sue Gray’s report into illegal Downing Street gatherings, with ministers expecting it to be published in time for the return of Parliament next week.

The full dossier was due at the start of the year, but was put on hold after the Met finally decided to launch a criminal investigation into the allegations of rule breaking in No 10.

The Met said yesterday that they had issued another 30 Fixed Penalty Notices for breaches of Covid rules in Whitehall during the pandemic, taking the total to 50.

It is understood that across the country there have been few examples of more lockdown fines being issued relating to any single address.

The prime minister’s wife Carrie has also been issued with a fine.

The couple and the chancellor are all understood to have paid £50 each – a reduced rate as the fixed penalty notices were settled within 14 days.

Mr Sunak apologised, saying: ‘I know people sacrificed a great deal during COVID, and they will find this situation upsetting. I deeply regret the frustration and anger caused and I am sorry.

‘Like the prime minister, I am focused on delivering for the British people at this challenging time.’

A spokesperson for Carrie Johnson said: ‘While she believed that she was acting in accordance with the rules at the time, Mrs Johnson accepts the Metropolitan Police’s findings and apologises unreservedly.’