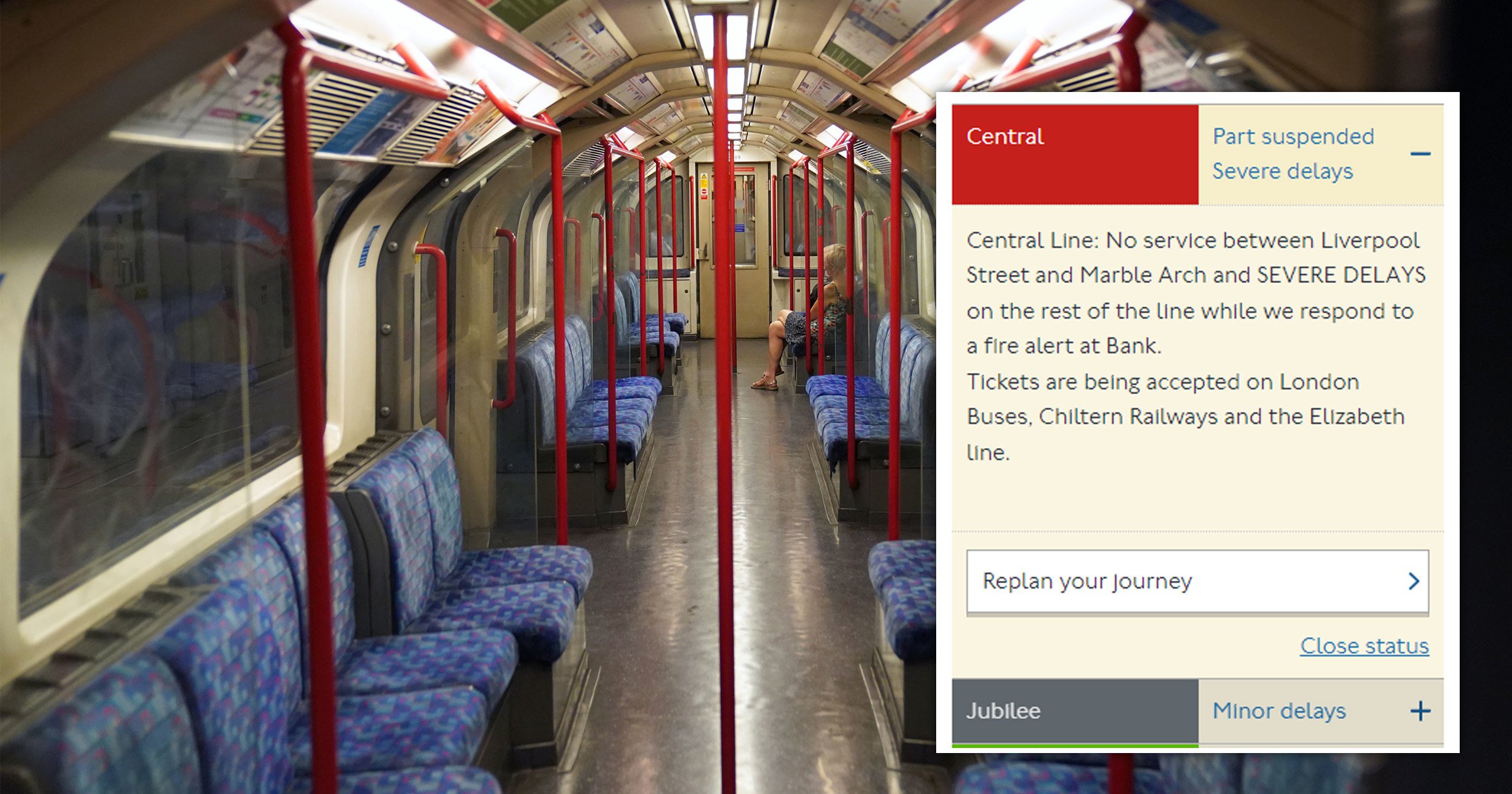 There are major delays on London’s Underground network this morning – affecting commuters across the city.

There are no services at all on the Central Line between Liverpool Street and Marble Arch as well as severe delays on the rest of the line, TfL says.

This is due to a fire alert at Bank.

Tickets are being accepted on London Buses, Chiltern Railways and the Elizabeth line for those affected.

There are also minor delays due to train cancellations on the Jubilee Line.

Weary commuters have taken to social media to vent their frustration, with TfL responding with explanations of the delays.

‘It’s called the Central Line because it’s the centre of all my problems’, wrote one Twitter user.

TfL has been contacted by Metro.co.uk and asked for when services may return to normal.