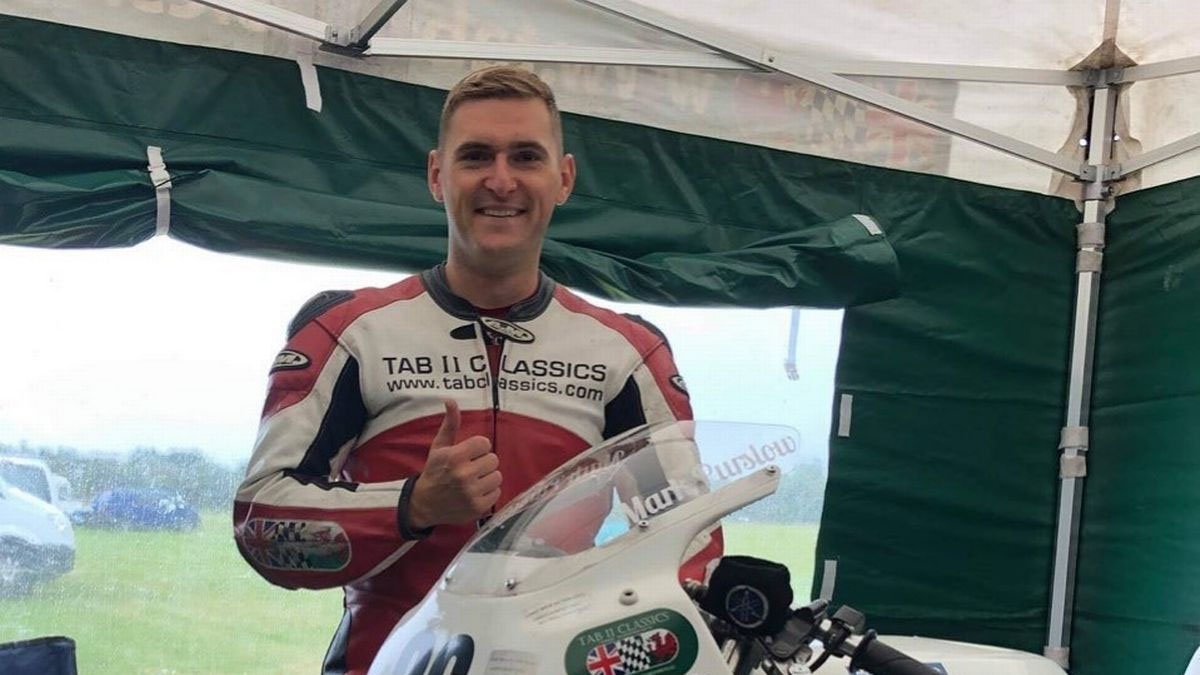 The classic racer, from Wales, was on his third lap of the session at Ballagarey, when the incident occurred on Wednesday.

Earlier in the session, the rider had set his fastest ever lap of the TT Mountain Course at 120.86mph, the race organiser said.

The Isle of Man TT Races confirmed Purslow’s death in a statement, adding that the race would continue ‘with Mark in mind’.

They said: ‘2022 was Mark’s second appearance at the Isle of Man TT Races, having previously contested the Supersport and Lightweight races in 2017.

‘He had graduated from the Manx Grand Prix where he had won the 2015 Lightweight Race on his debut, and he had also competed at the Classic TT securing a best finish of 14th in the 2019 Junior Classic TT.

‘Mark grew up around racing and was inspired by his father’s love of the sport. He typified the spirit of the privateer TT racer, preparing his own machinery with the support of friends and family.

We are deeply saddened to announce the passing of Mark Purslow following an incident in this eveningâs qualifying session.

All our thoughts are with his family, friends and loved ones. pic.twitter.com/O4ZFg16WOo

‘Road racing was his passion – competing in Northern Ireland and Europe in the International Road Racing Championship – but becoming a TT racer was a life’s ambition that represented the ultimate personal challenge.’

‘We would like to extend our deepest condolences to Mark’s family, loved ones, and friends,’ the statement concluded.

His accident occurred at Ballagarey, before the fourth mile marker, on his third lap of the session.