The Queen's coffin begins its journey to London from Edinburgh

Public access to the Queen’s Lying-in-State will be permitted 24-hours-a-day from 5pm on Wednesday until 6.30am on Monday, the day of the Queen’s funeral. Officials believe maximum capacity will allow around 330,000 people to file past the coffin before the Lying-in-State ends.

The estimate assumes that people will pass through Westminster Hall at the rate of more than 50 every minute, day and night, for four-and-a-half days.
It is thought somewhere between 750,000 and one million people may be prepared to queue for the chance, meaning more than half will not make it.

After being first seen since her death at Balmoral Castle was announced last week being taken to Holyrood Palace in Edinburgh, the coffin was today taken in a solemn procession along the Royal Mile to a service at St Giles’ Cathedral.

Her coffin travelled down to London from Scotland earlier this evening, where Prime Minister Liz Truss met her at RAF Northolt. She was accompanied by her daughter, Princess Anne and her husband Timothy Laurence.

The lying in state period will begin tomorrow morning.

From then, the great hall in the Houses of Parliament will be open to mourners 24 hours of the day, until 6.30am on Monday, the day of the funeral.

Officials believe maximum capacity will allow around 330,000 people to file past the coffin before the Lying-in-State ends. 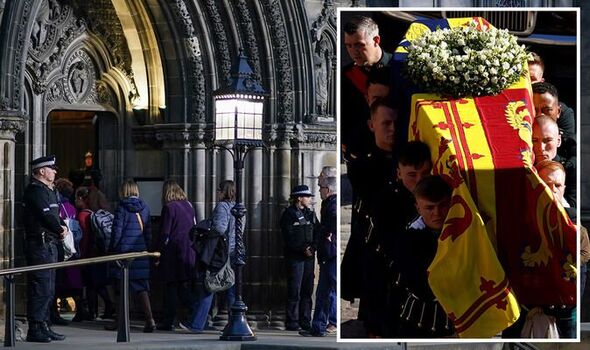 The estimate assumes that people will pass through Westminster Hall at the rate of more than 50 every minute, day and night, for four-and-a-half days.

But despite the round-the-clock admission policy, it is thought that as many as a million people will join the queue, meaning more than half will not be able to see the Queen.

According to the Times, Government officials are planning for at least 750,000 visitors to pass through the parliamentary estate over the coming days.

A Cabinet Office source told the paper there was a “very real possibility” that the expansive capital will become “full” for the first time. 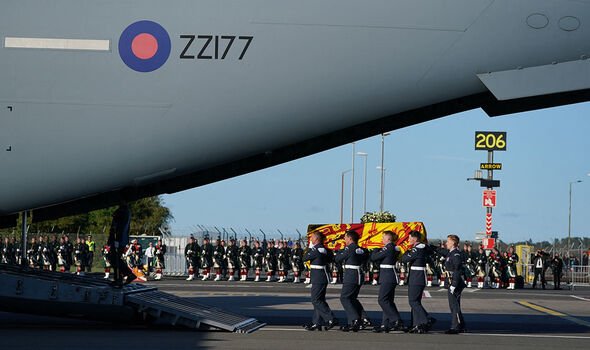 Officials quoted elsewhere have compared the arrangements to putting on an event of the scale of the 2012 Olympics in a matter of days.

Parliament warned that “the queue is expected to be very long. You will need to stand for many hours, possibly overnight, with very little opportunity to sit down, as the queue will keep moving.”

It noted that the queue “may close early to ensure as many visitors as possible can enter the Palace”.

The last person to lie in state in the UK was the Queen Mother, in April 2002. 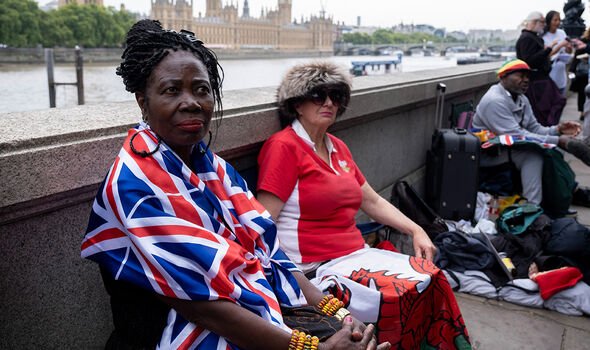 But the Queen’s mourning period is expected to dwarf that in the number of people expected to come to pay their respects, with 200,000 walking through Westminster Hall for the elder Elizabeth.

Commuters, meanwhile, have been advised that the city will become “exceptionally busy” this week, with Tube stations expected to close temporarily close to avoid overcrowding.

A joint statement by Transport for London and Network Rail said: “As Her Majesty’s coffin travels to London to lie in state at the Palace of Westminster, it is expected that we will see unprecedented travel demand in the capital, especially from Wednesday 14 September.

“Transport providers have well-developed plans with extra staff and services coming on-stream to help people get to where they need to be.” 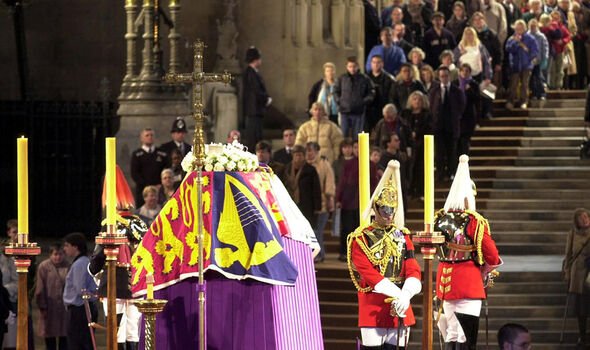 Passengers were urged to avoid Green Park station in particular due to “high numbers of customers passing through”, as the nearest to Buckingham Palace.

The Elizabeth line – opened by the late Queen in May ahead of her Platinum Jubilee – will run this Sunday to ease the pressure on the train network. It has so far been closed on Sundays.

Sir Peter Hendy, Network Rail chairman, said: “The transport industry is working hard to help people pay their respects in London and across the United Kingdom.”

Andy Byford, London’s transport commissioner, added: “At such an important and difficult time for the country, we are doing everything we can to ensure Londoners and visitors can pay their respects to Her Majesty the Queen and welcome His Majesty the King.”