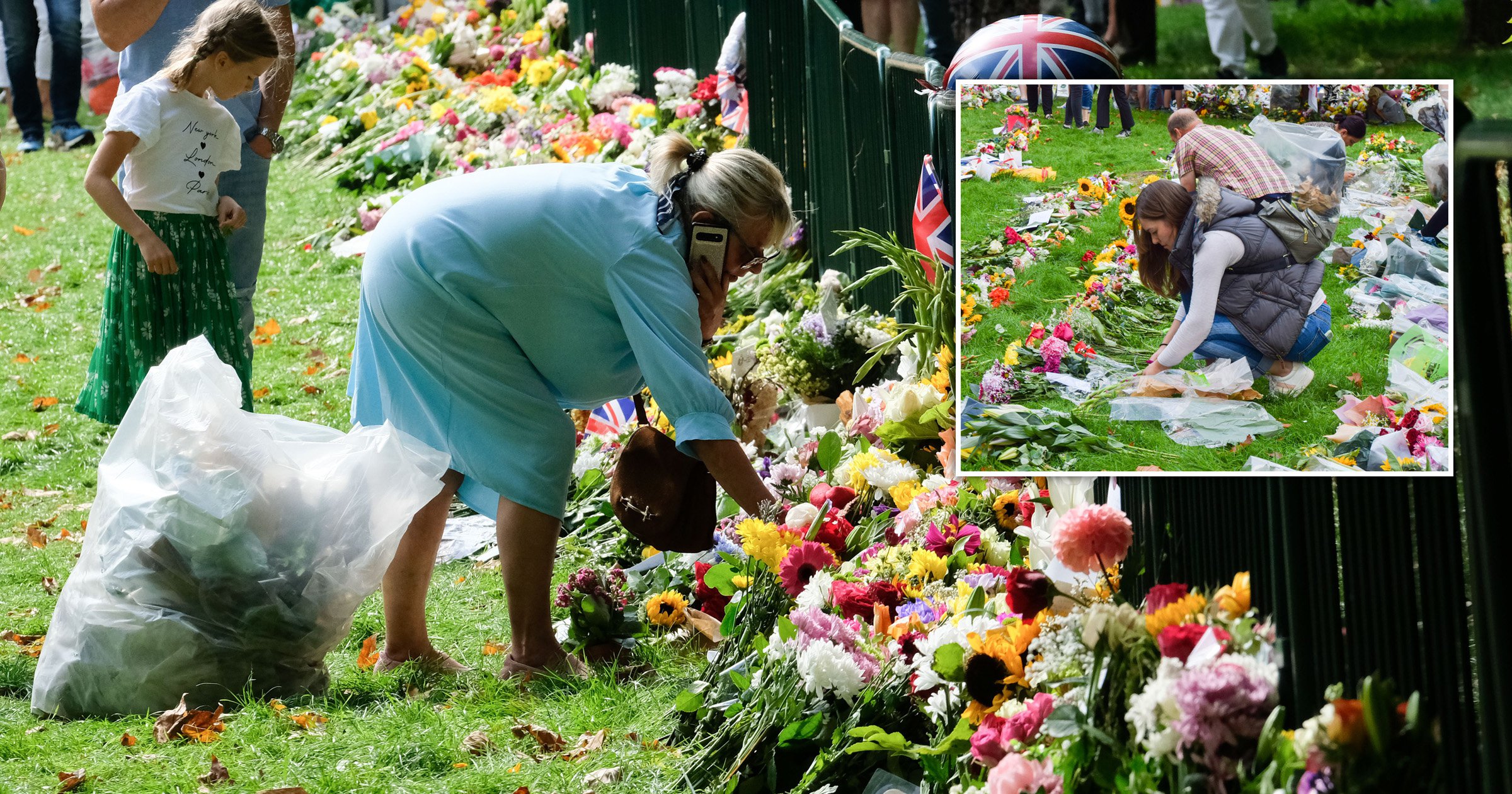 Brits gathered to help royal gardeners with the mammoth job of taking off plastic wrappers from the endless number of flowers left for the Queen.

Her Majesty died peacefully at Balmoral last Thursday and the nation is now into its third official day of mourning.

People all over the country have been paying their respects in different ways, with tens of thousands leaving flowers and bouquets at different spots.

Huge seas of flowers have grown in London’s Green Park – where an official memorial flower garden has been created as the main place for laying tributes near Buckingham Palace.

Many of these flowers will be turned into compost for royal gardens, as was done with decaying plants left for Princess Diana in 1997.

But most bouquets come wrapped in plastic or paper which would have to be removed first.

This is, and will continue to be, a huge job for gardeners as people carry on mourning the Queen up until and past her state funeral on September 19.

But in moving scenes of solidarity, ordinary Brits were pictured and filmed getting involved sorting through mountains of flowers which needed to be unwrapped on Sunday. 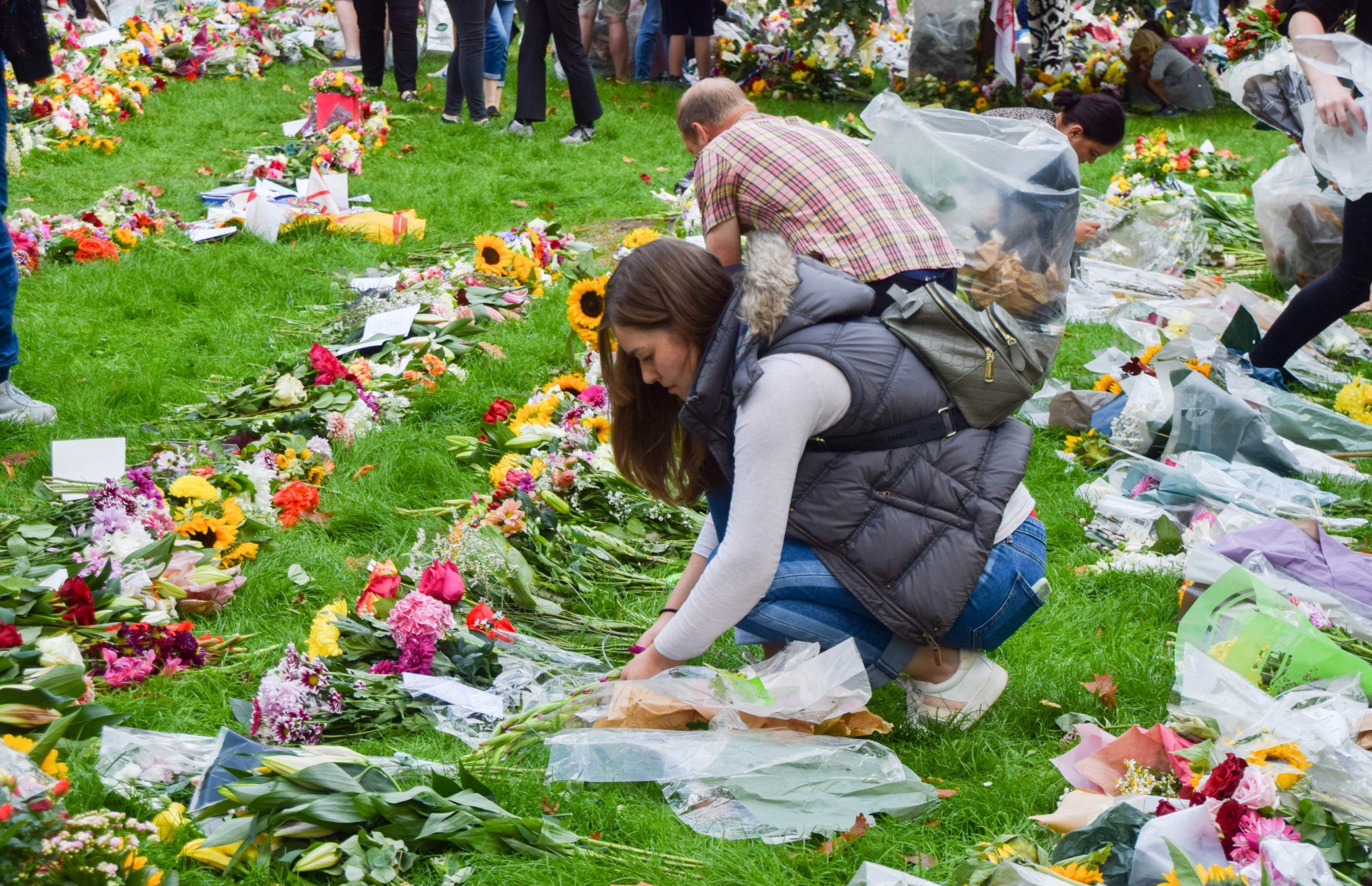 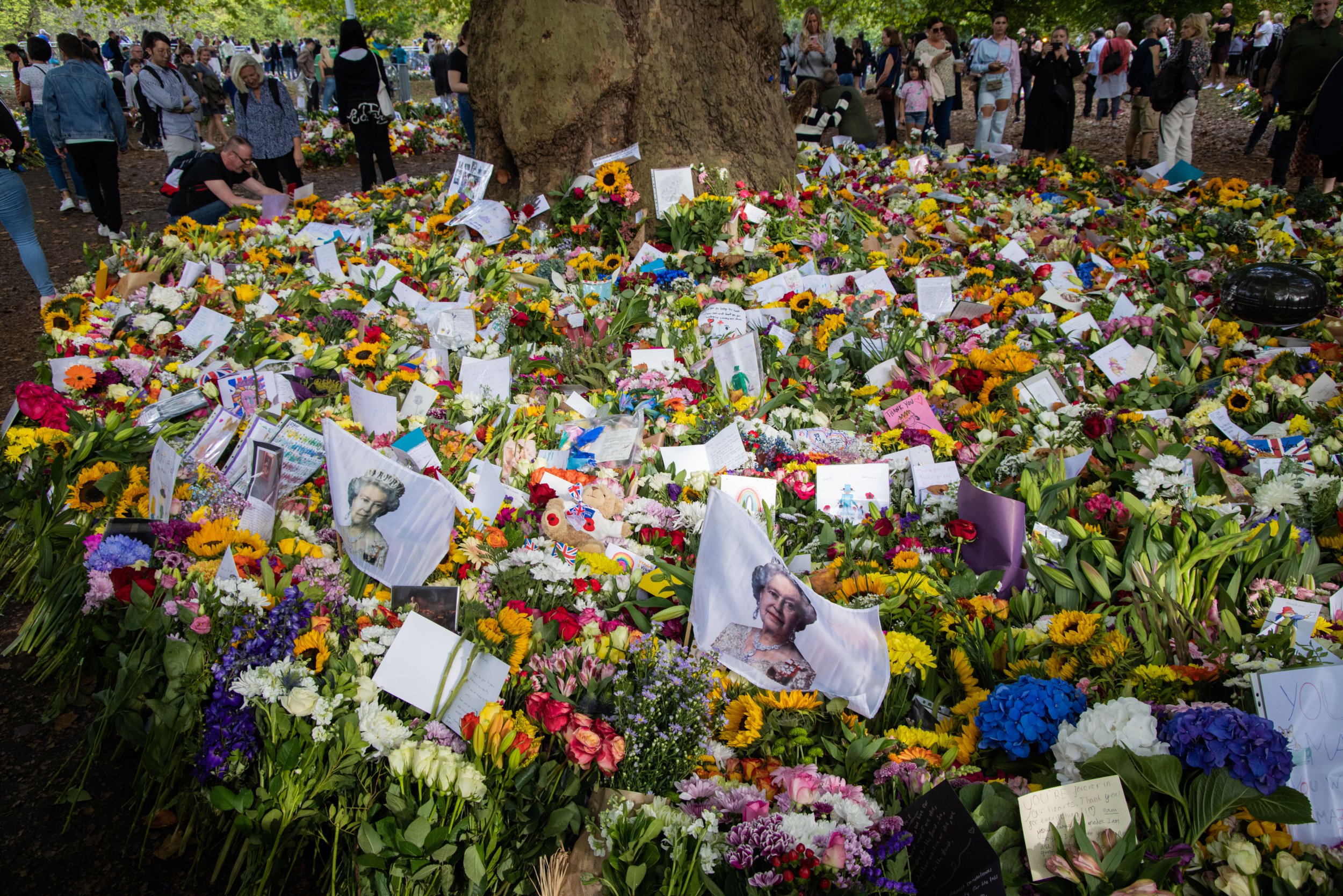 Parents keen to get their children involved in the historical event showed their kids what to do while others took their time reading cards written for the Royal Family.

Tributes left at the Palace are removed every 12 hours.

Similarly, other royal locations have systems in place to make sure the tributes left do not grow to unmanageable amounts.

A sign outside Windsor Castle reads: ‘Your flowers are greatly appreciated.

‘It may be necessary to move your flowers, if so, they will be placed in a secure area outside St George’s Chapel or along Cambridge Drive. All messages and cards will be kept safely for the Royal Family to read.’

Things were different when Diana died – an unplanned memorial at Kensington Palace reportedly gathered between 10 to 15 tonnes of bouquets and 60 million flowers.

This is largely because the tributes were left for 12 days before finally being cleared up.