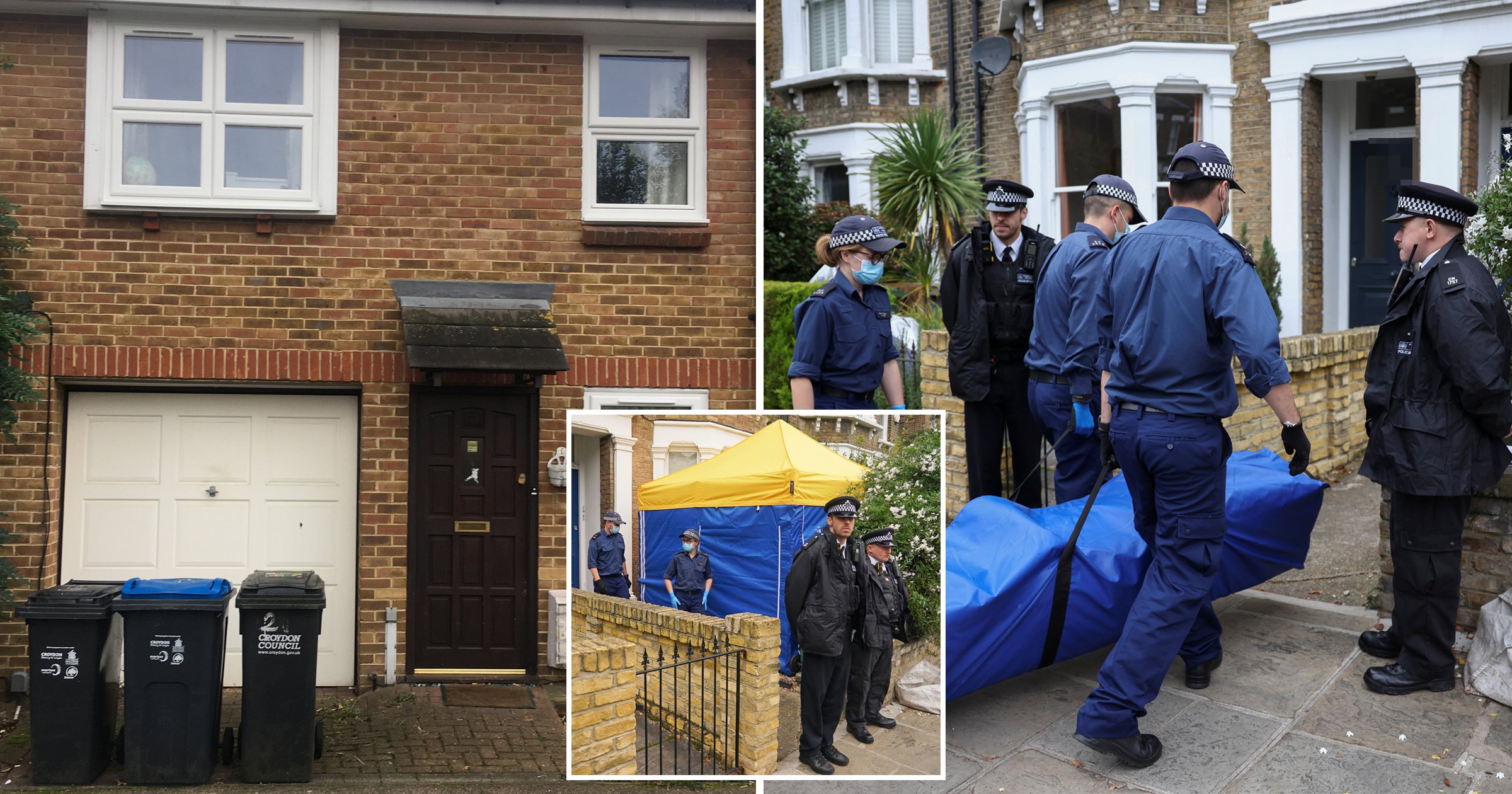 The ‘childhood home’ of terror suspect Ali Harbi Ali has been raided by police as the investigation into Sir David Amess’ murder continues.

The alleged killer remains in custody after the Tory MP was stabbed to death on Friday.

Officers were seen hauling ‘bags of evidence’ from what is said to be the house in Croydon, London that Ali lived in until his late teenage years.

Police were also seen guarding a property the suspect is currently believed to live in on a street in north London, where homes sell for around £2 million.

It comes as one neighbour claims Ali told him he had worked for the NHS.

Speaking to MailOnline, he said: ‘He worked for the health service – he told me so – but in what capacity I don’t know. I think one of his sisters also works for the NHS.

‘They are a lovely family, it’s such a shock that Ali has been arrested for such a terrible thing.’

The local added that Ali’s mum and sister had picked up shopping and medication for him and his wife throughout lockdown.

Another resident said: ‘The family have been here for more than 20-years and are very quiet but really nice, friendly people. The children didn’t play out much, they always tended to be inside studying.’

The alleged attacker’s father Harbi Ali Kullane, 61, a former media spokesman for the Prime Minister of Somalia, revealed his horror at the allegations yesterday.

He said he’d been left ‘very traumatised’ as reports suggested he had been interviewed by police.

Mr Kullane told the Sunday Times: ‘It’s not something that I expected or even dreamt of.’

His comments come as Sir David’s family says they’ve been left ‘absolutely broken’– but vow to ‘survive and carry on for a wonderful and inspiring man’.

Ali is thought to have been previously targeted by the Government’s anti-terror Prevent programme.

It’s believed he booked an appointment to see Sir David before allegedly knifing him 17 times’.

Security sources have claimed the attack was planned more than a week beforehand.

It comes as Home Secretary Priti Patel says police officers may be stationed at entrances to MPs’ surgeries in future.

Sir David’s death is the second time in five years an MP has been killed while doing their job.

Jo Cox, Labour MP for Batley and Spen, was shot and stabbed in Birstall in 2016.