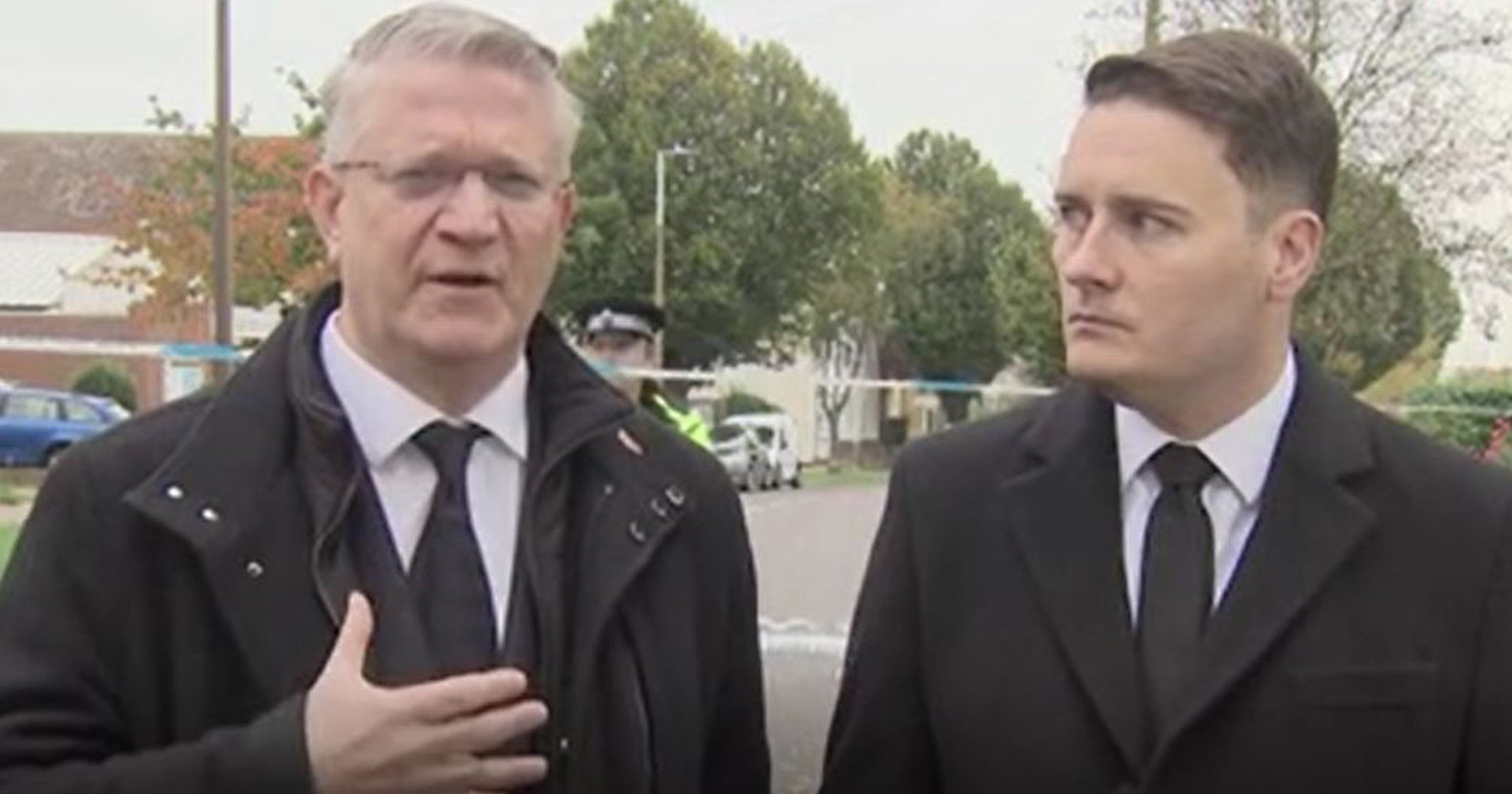 An MP has claimed threats against politicians have become more common and police don’t always follow them up.

Andrew Rosindell said he was a ‘little bit frightened’ after the murder of his colleague Sir David Amess as he receives abuse ‘all the time.’

The MP for Romford in East London said threats were often ‘brushed off’ but it was ‘time to take them more seriously.’

He described his office being arsoned, his car smashed up and someone trying to get into his house and injure him.

Asked if he has had to take extra safety precautions, the Conservative MP told Sky News’ Trevor Phillips On Sunday programme: ‘Yes, I’m afraid. I’ve been an MP 20 years, and during that period I see a lot of more nasty people around than ever before, and they are willing to say and do things in a way that I would never have thought possible in this country. And we all have to be really aware and keep our wits about us.

‘The abuse we get on social media, by emails, I mean we get it all the time. But we brush it off because we’ve got a job to do. And we tell the police, the police have got other things to do, it’s not always followed up.

‘And I think probably this has all got to change, we have got to take this a bit more seriously in future.’

He said the tendency among MPs had been not to think too much about their own security and ‘get on with the job.’

He said Sir David, who was stabbed to death at a constituency event on Friday, ‘may well’ have received threats before the attack.

The Home Secretary Priti Patel has said further measures to protect MPs are already under consideration – including the possibility of protection officers being stationed at the entrance to constituency events.

Mr Rosindell said constituency surgeries should not be published on social media in advance.

‘I think that they should be promoted in the local community rather than on social media.

‘The problem with social media is that it can be picked up by anybody anywhere.

‘A bad person can see it and can suddenly turn up and this is clearly what happened with David.’

Sir David had publicised his surgery at the church on Twitter several days before the attack.

Mr Rosindell said he had not been holding in-person surgeries because of the coronavirus pandemic.

‘But clearly we need to think through how we’re going to hold surgeries in future,’ he said.