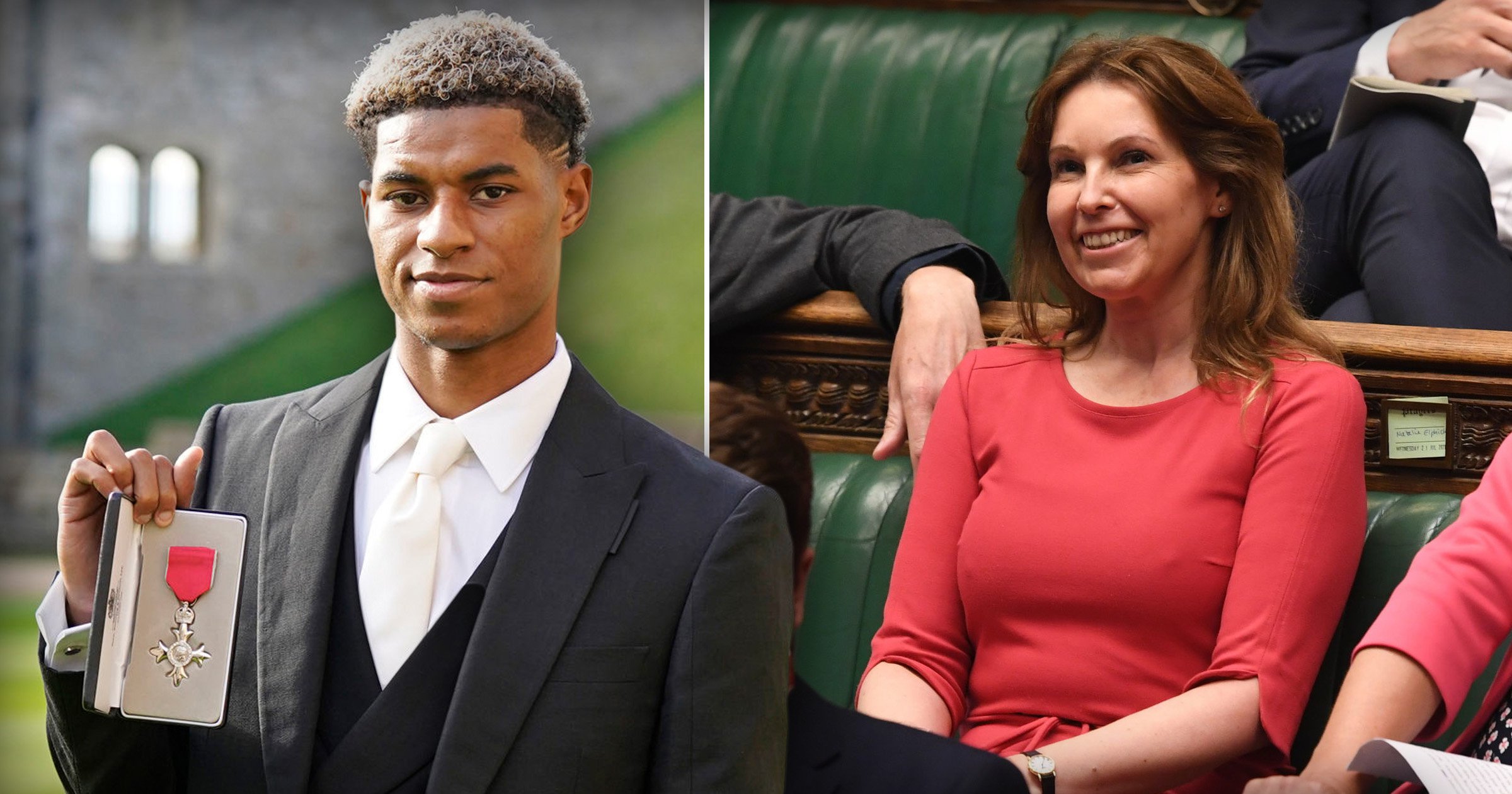 A Tory MP who said Marcus Rashford should stick to football instead of ‘playing politics’ after England lost the Euros has a second job, it has been revealed.

Natalie Elphicke, who represents Dover, criticised the England forward in a private message sent to colleagues after he missed a penalty in the final this summer.

She wrote: ‘They lost – would it be ungenerous to say Rashford should have spent more time perfecting his game and less time playing politics.’

The jibe took aim at Mr Rashford’s campaign for the government to provide free meals to children during school holidays, which forced Boris Johnson into two U-turns after ministers initially opposed the measure.

The register of MPs’ financial interests shows Ms Elphicke earns £36,000 a year as chair of the New Homes Quality Board, on top of her £82,000 salary as an MP.

The NHQB is a new independent body set up by the government to act as ombudsman overseeing ‘the quality of new-build homes’ in the construction industry.

Mr Rashford hit back at the MP’s comments, writing in The Spectator: ‘Disappointingly for some, the “stick to football” advice doesn’t cut it where I’m from.

‘I’d be doing [my] community and my family a disservice if I did not use my platform to speak on behalf of the millions whose voices are not being heard.’

Ms Elphicke later apologised for her ‘rash reaction about Marcus Rashford’s missed penalty’ and said she regretted ‘any suggestion that he is not fully focused on his football’.

The MP has spent hundreds of hours on non-parliamentary work since being elected in December 2019, the i newspaper reports.

According to the register of members’ interests, her role at the NHQB nets her around £3,000 a month for around eight hours’ work per week.

She joined the body in May 2020 and by December had spent 150 hours working for it.

Ms Elphicke has since increased her weekly commitment, which will amount to over 400 hours over the next year.