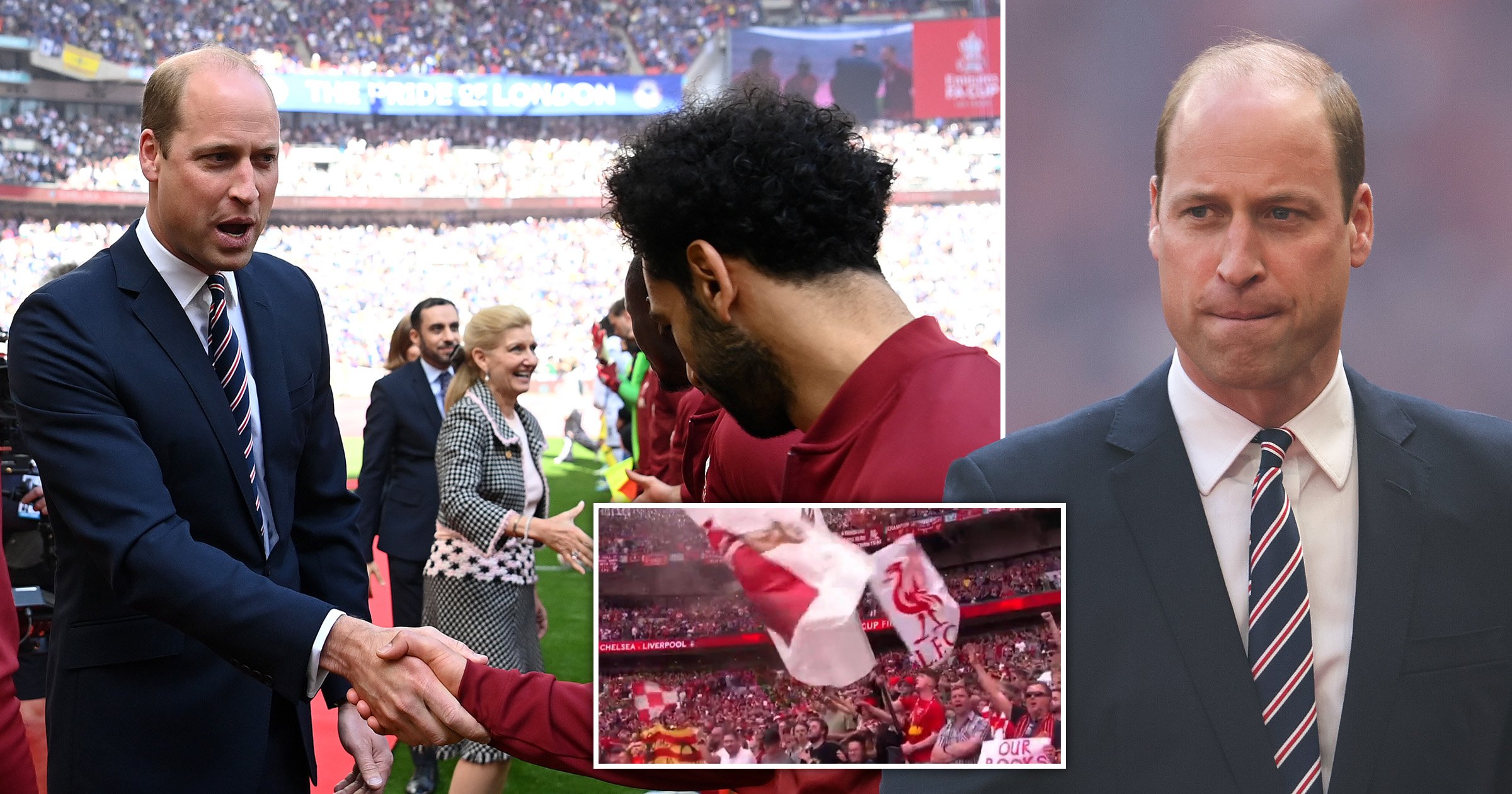 Prince William was booed by thousands of football fans at Wembley Stadium during the FA Cup final yesterday.

Footage shows the Duke of Cambridge shaking hands with Liverpool and Chelsea players before kick-off under the sounds of boos, which got progressively louder.

It is unclear if both sets of fans were involved, though viewers have claimed it came from the Liverpool stands.

Obscene gestures could then be seen among the crowd during God Save The Queen and the hymn Abide With Me – a tradition for Liverpool supporters.

One fan was pictured holding a middle finger up in the air, while balancing a little girl on his shoulders.

Some have suggested the reaction had a connection to the Hillsborough disaster, which saw 97 people killed in a fatal crush at the FA Cup semi-final in 1989.

‘My understanding is that it’s still felt there was an establishment cover-up over the Hillsborough disaster and getting justice for it.’

But the boos before the game sparked outrage from MPs who called the behaviour ‘dreadful’ ahead of the Queen’s Platinum Jubilee.

An unexpected moment at today’s #FACupFinal, where Liverpool fans booed Prince William and National Anthem. My understanding (correct me if I’m wrong, Twitter) is that it’s still felt there was an establishment cover-up over the Hillsborough disaster and getting justice for it. pic.twitter.com/uFLAJEJp30

‘The FA Cup final should be an occasion when we come together as a country. It should not be ruined by a minority of fans’ totally shameful behaviour.

‘In this year of all years – the Queen’s Platinum Jubilee – this is dreadful.’

And Sir Ed Davey, leader of the Liberal Democrats, said: ‘We have the most wonderful Monarch and those fans who booed do not represent their clubs or our country.’

Tory MP and former culture secretary Karen Bradley urged the FA ‘to take all necessary action and pursue those responsible’.

‘It is utterly unacceptable and disgraceful that fans booed Prince William,’ she added.