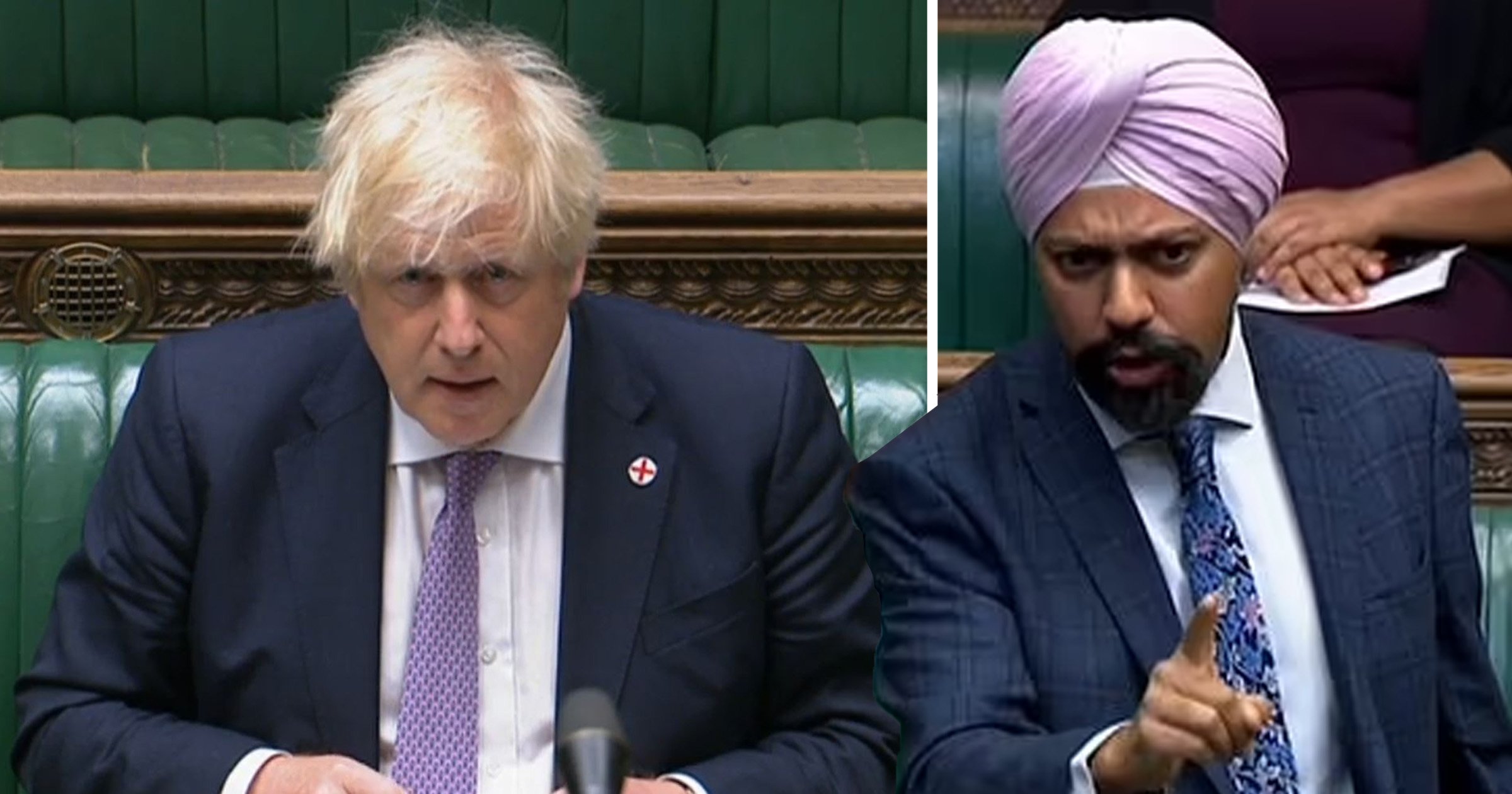 A Labour MP who couldn’t see his dying grandmother due to Covid rules has asked Boris Johnson why he couldn’t sack his chief adviser for breaking them.

In an impassioned speech in the Commons today, Tamanjeet Singh Dhesi suggested to the Prime Minister that it’s ‘one rule for him and his chums and another for the rest of us plebs’.

The MP for Slough demanded an apology over ‘sycophantic, spineless, hypocritical government ministers’, who leapt to defend Dominic Cummings.

Last year the PM’s former top aide admitted making a 60-mile round trip to Barnard Castle to ‘test his eyesight’ during the first national lockdown.

The fact that Cummings was never fired rubbed salt into the wounds of Dhesi, who was left unable to fully grieve for multiple loved ones because he stuck to the rules.

Speaking at Prime Minister’s Questions, he said: ‘My grandmother whom I love dearly, was lying on her hospital deathbed and none of us were allowed to be there to comfort her in her final moments.

‘I couldn’t even carry her coffin on my shoulders. I also had to endure the agony of watching, alone, online the funeral of uncle. 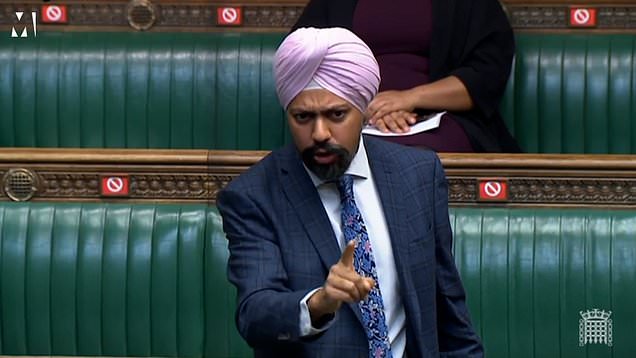 ‘And we were not there to comfort my brother-in-law’s father, who had somehow contracted Covid in a Slough care home, during his final moments.

‘All this, because we followed Government guidance. Having experienced such painful personal sacrifices, like many others.

‘Imagine our collective disgust when in order to curry favour with the Prime Minister’s chief adviser, we see sycophantic, spineless, hypocritical government ministers lining up to defend the indefensible, saying “it’s time to move on”, with some even having the gall to tell us that they too go for a long drive when they need to get their eyesight tested.

‘What an absolute disgrace and they should be thoroughly ashamed of themselves.

‘So when is the Prime Minister finally going to apologise to the nation for not mustering up some courage and integrity for doing the honourable thing and sacking his chief adviser who so shamelessly flouted his own government guidance?

‘He could have regained that lost public trust and confidence and he could have demonstrated that it’s not one rule for him and his chums and another for the rest of us plebs.’

While Johnson skirted around the issue of sacking his chief adviser, he did give an apology of sorts.

He said: ‘Perhaps the best thing I can say is how deeply I think I, the Government, everybody sympathises with those who have gone through the suffering described by the gentleman opposite.

‘No one who hasn’t been through something like that can imagine what it must feel like to be deprived of the ability to mourn properly, to hold the hand of a loved one in their last moments in the way that the honourable gentleman describes, and I know how much sympathy will be with him.

‘I take his criticisms most sincerely of the government and everything that we have done, but all that I can say is we have tried throughout this pandemic to minimise human suffering and to minimise loss of life.

‘When he asks for me to apologise, I do. I apologise for the suffering that the people of this country have endured.

‘Nothing I can say or do can take back the lost lives, the lost time spent with loved ones that he described and I’m deeply, deeply sorry for that.’

The Prime Minister also resisted demands to sack former health secretary Matt Hancock after he was caught on CCTV snogging his aide in the office before limits on social contact were lifted.

Instead Johnson accepted his apology and said he ‘considers the matter closed’, only for the minister to resign the following day so as not to ‘distract attention’ from the UK’s vaccine rollout.