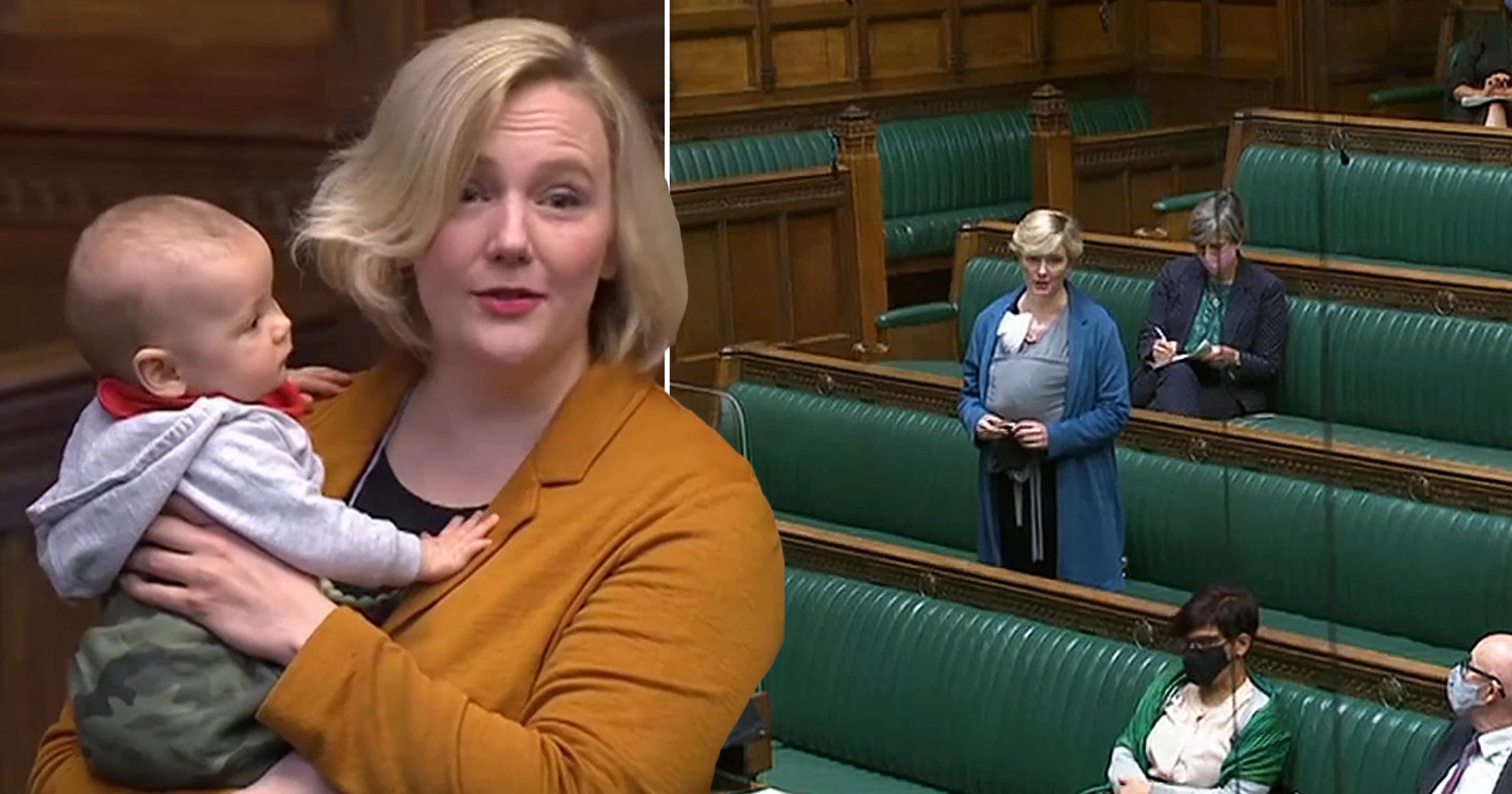 Babies could soon become a regular fixture in Parliament – so long as they’re well-behaved.

MPs are currently forbidden from taking their seat with a child, which means they can effectively only take a baby with them to vote.

But the Speaker of the Commons has spoken out in favour of allowing them into debates, after officials sparked an outcry by telling off a Labour MP who took part in discussions carrying her three-month-old son.

In an interview with the Daily Telegraph, Sir Lindsay Hoyle threw his weight behind rule changes which would allow babies to stay with their parent unless the chair of the debate decides it is disrupting discussions.

He asked a committee of MPs to review the rules after Stella Creasy was reprimanded for taking her baby to a debate in September.

Ms Creasy said it ‘has to be possible for politics and parenting to mix’, pointing out her boy was asleep the entire time.

Referencing the incident, Mr Hoyle said: ‘I saw that baby come into the Chamber when I was in the chair. And did it affect the debate? No.

‘Was it a quiet and peaceful baby? Absolutely. Did it disrupt? Not in the slightest. So did it matter to me? Absolutely not.

Ms Creasy’s stance was opposed by some colleagues, with Tory backbencher Scott Benton writing on Twitter: ‘Parents who get paid a fraction of what you do pay for childcare and juggle responsibilities so they can go to work. What makes you so special?’

But Deputy Prime Minister Dominic Raab said he had ‘a lot of sympathy’ for the Walthamstow MP, calling for ‘our profession to be brought into the modern world’ so long as House authorities were able to strike the ‘right balance’.

Mr Hoyle added on Tuesday: ‘What I would say, and I’ll be quite honest with you, is each chair will make a decision. Unfortunately it’s become highly political.

‘It is now for others to decide, that’s why the committee is reviewing it. And I will then have to respect (that decision).’

He suggested he and his deputies could use their discretion to avoid applying the existing rules while the cross-party Procedure Committee decides whether changes are needed.