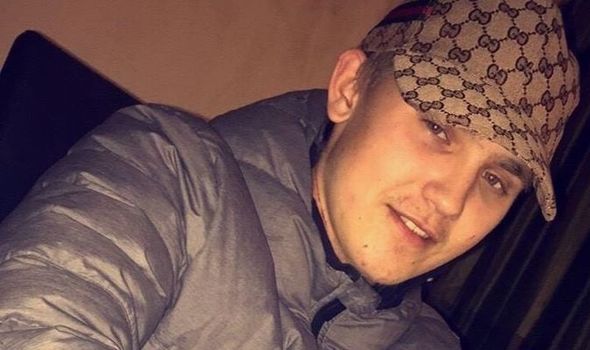 Ryan Burnside was wearing a dressing gown when he approached the woman, who had got £80 cashback from a shop, saying he was homeless and asking her to “help him out”. He later returned to the store and shouted that the staff were “scummy grasses” for handing over CCTV footage, Hull Crown Court heard.

Stephen Welch, prosecuting, said that Burnside saw the woman pay for shopping and get £80 cashback at Premier in Hessle Road, Hull.

He followed her outside and told her: “I’m homeless. Can you help me out?”

She said no but Burnside persisted, prompting her to reply: “Leave me alone.”

Burnside grabbed her arms and tried to put his hand into her trouser pocket.

Mr Welch said: “She kicked the defendant between the legs really hard.”

A friend of the woman told Burnside: “Get off her.”

He fled the scene but was identified from CCTV footage.

Burnside later returned to the shop, in breach of bail conditions, with another man and shouted: “You are all scummy grasses.

“You should have not given the police the footage. I only attempted to mug the girl.”

Burnside had convictions for 24 previous offences including taking vehicles without consent, burglary and attempted burglary.

Ben Hammersley, mitigating, said he had been a Class A drug user for much of his life.

Mr Hammersley said: “That was the motivation for the robbery. He does realise the impact of his actions on the victims.

“He can keep himself out of trouble for periods of time.

“He has been glad of the time he has had in custody in that it has helped him recover his health and get clean. If he were to continue down this road, he would likely end up dead.”

Deputy circuit judge Timothy Clayson told Burnside: “It seems highly likely that you saw that she had obtained a sum of money from the store, £80 in all.

“You grabbed her arm and tried to get her phone or money from her trouser pocket.

“You were shouting at people in a very intimidating manner, saying that they were grasses and should not have given the CCTV footage.

“You should not have been anywhere near the shop because that was your condition of bail.

“As you have got older, you have developed a serious problem to do with drugs.”

Burnside was jailed for one year.