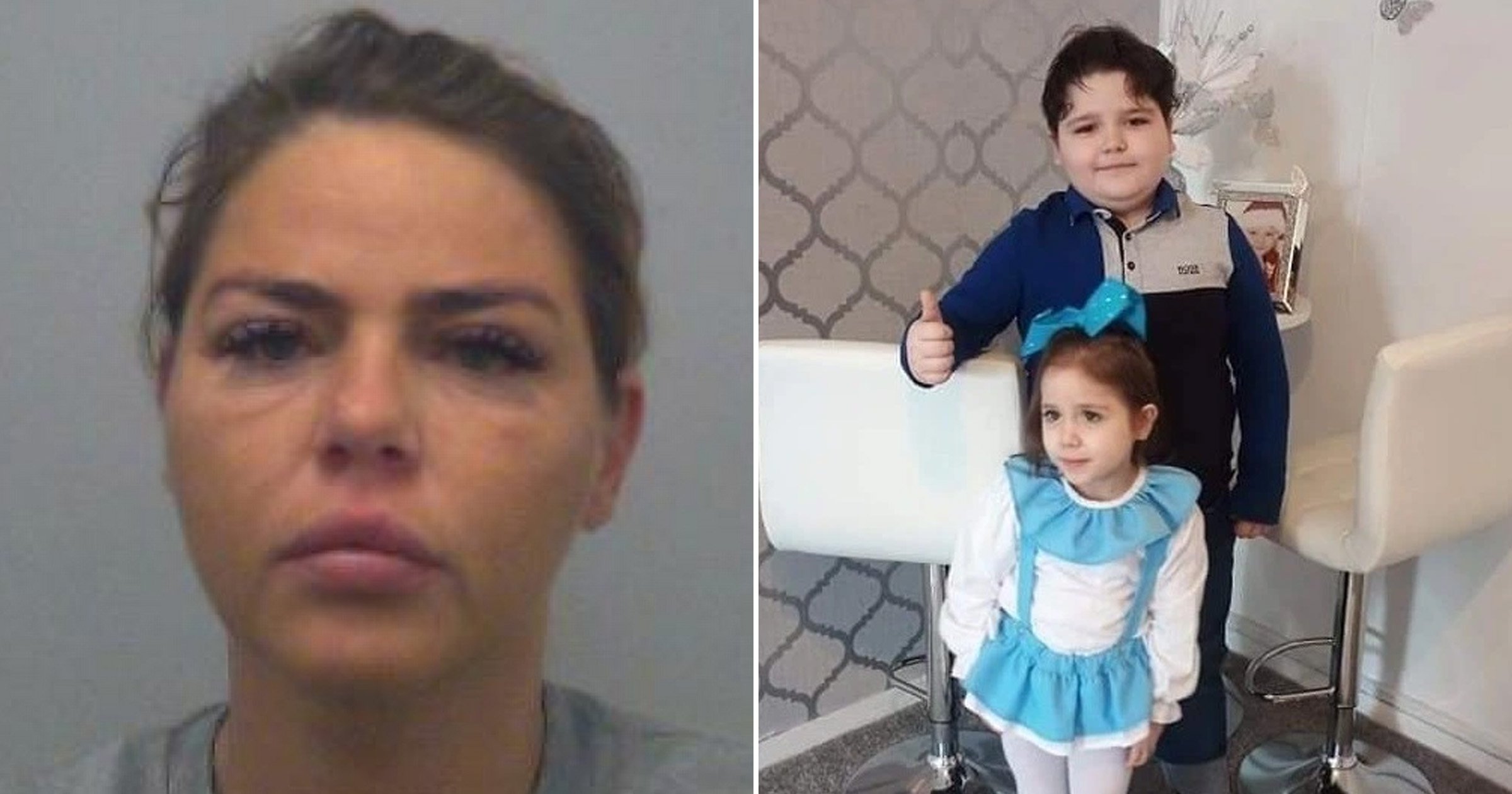 A mum accused of killing her own kids in a car crash has handed herself in after ‘going on the run’.

Mary McCann, 35, failed to appear at Aylesbury Crown Court after being charged with causing death by dangerous driving.

Her son Smaller, 10, and daughter Lilly, 4 – described by family members as ‘little angels’ – died in the collision on the M1 on August 9.

She was arrested after surrendering at Aylesbury Police Station overnight.

A spokesman for Thames Valley Police said: ‘A woman who was wanted for failing to appear at court in connection with a fatal road traffic collision has now been arrested.

‘The woman, aged 35 years and from Derby, presented herself at Aylesbury police station last night.’

The crash allegedly saw McCann, from Derby, driving a white Vauxhall Astra which collided with a Scania HGV near Milton Keynes.

The mum was taken to hospital suffering from shock, along with another child who was a passenger.

A family member said they were on their way back from a party in London at about 11.10pm.

Heartbroken tributes to Lily and Smaller were issued last month, with a cousin saying they loved them with ‘all their heart’.

The children’s aunt said her ‘little niece and nephew’ were ‘perfect’.