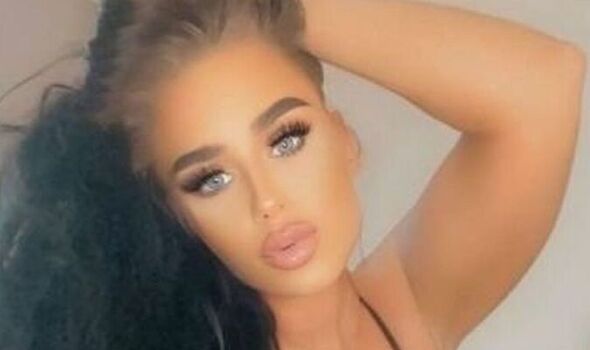 A mum-of-four who posted videos of herself performing sex acts with a man in a city centre has avoided jail after her lawyer argued she received a “misogynistic” backlash online. Kelly Cousins, 35, received abusive responses after the sharing of the lewd clips on social media.

Cousins was filmed performing sex acts on a man in full view of hundreds of people in Concert Square, Liverpool, on August 1 this year.

Once shared, the encounter went viral online and Liverpool Magistrates’ Court heard on Tuesday that Cousins, of no fixed address, had been subject to “violent threats” and constant abuse over the videos.

Once shared, the encounter went viral online and Liverpool Magistrates’ Court heard on Tuesday that Cousins, of no fixed address, had been subject to “violent threats” and constant abuse over the videos, the Liverpool Echo reports

The defendant had met the man in the video at their gym and went on a date in Liverpool city centre, where they drank heavily.

As midnight approached, the couple began performing sex acts in public, as witnesses laughed and filmed with their phones.

A number of those videos subsequently went viral on social media, including some shared by Cousins herself on her Instagram and TikTok pages, and even attracted condemnation from Liverpool Mayor Joanne Anderson.

Cousins appeared at Liverpool Magistrates’ Court this week for sentence after earlier admitting a charge of outraging public decency.

Her solicitor, Heather Toohey, told magistrates that Cousins had been subjected to incessant abuse since the videos went viral and suggested much of the commentary around the case was one-sided and driven by “misogyny”.

Magistrates told Cousins that her freedom had been “in the balance,” but agreed to suspend the sentence due to her mental health issues and expressions of remorse and regret.

She was given a 10-week prison sentence, suspended for 12 months, and ordered to complete 40 hours of unpaid work and 25 Rehabilitation Activity days with the Probation Service.

A warrant has been issued for the arrest of the man allegedly shown in the video, 23-year-old Joe Firby, after he failed to attend court in September. The Gateshead native has also been charged with outraging public decency.

Andrew Page, prosecuting, told the court: “The defendant was in Concert Square with a male whose identity has been established. While in Concert Square she and the male became engaged in sexual activity in in public view, much of which was filmed by the general public.”

Mr Page said Cousins herself posted the footage recorded by others on her social media pages, under the username Ruby Rose VIP. One post was captioned: “Where next, Crosby, Mathew Street, St John’s Gardens, the Docks?”.

The footage went viral in a matter of hours, with thousands of people sharing and commenting on it. However, Mr Page said no-one present in the city centre when the offences occurred made a formal complaint to police.

Mr Page said Cousins was eventually caught out when a social worker recognised her from the footage and passed that information to the police. She was arrested at her former home in Netherton on August 4.

Ms Toohey said a pre-sentence report described “significant trauma” in Cousins’ life that she did not wish to air in open court. She said: “As we have heard, there was no statement made by any member of the public, nobody made a complaint about this. It was the circulation of the video that alerted the police, and of course there was no victim impact statement.

“In fact, it can be seen that people are filming this willingly; laughing, jeering it on. That is the reality of what was happening there.” The court heard Cousins has since left Liverpool and currently has no fixed address.

“All of this bad press in relation to this, and I hate to say it, was driven by misogyny”.

She told the court: “She has been threatened with violence, she has been trolled, she has had constant disparaging comments about her looks.”

In relation to Cousins’ own social media posts, she said Cousins explained to her and to the probation service that she realised the videos had already gone viral and tried to “steer” the reaction. She said: “She believed that by making light of it, it might go away.”

Ms Toohey urged the magistrates to provide help and support for Cousins to deal with her alcohol issues and mental health problems, which would not be achieved by simply locking her up for a few months.

In a statement shared with the Liverpool Echo after the hearing, Cousins said: “We knew each other from the gym. We went on a date. Things got out of hand, this was never planned.

“I deeply regret it. I have always taken responsibility for my actions and I now just want to make a new start and put this all behind me.”

In a statement shared after the hearing, Mr Page added: ““The behaviour that took place in Concert Square that night was genuinely outrageous. Concert Square attracts a lot of tourists and the incident could well have damaged the reputation of the city in some people’s eyes.

“Whatever Ms Cousins and the man involved thought they were up to, it was not the place. The man involved in this incident was equally culpable and is being pursued by the police.”