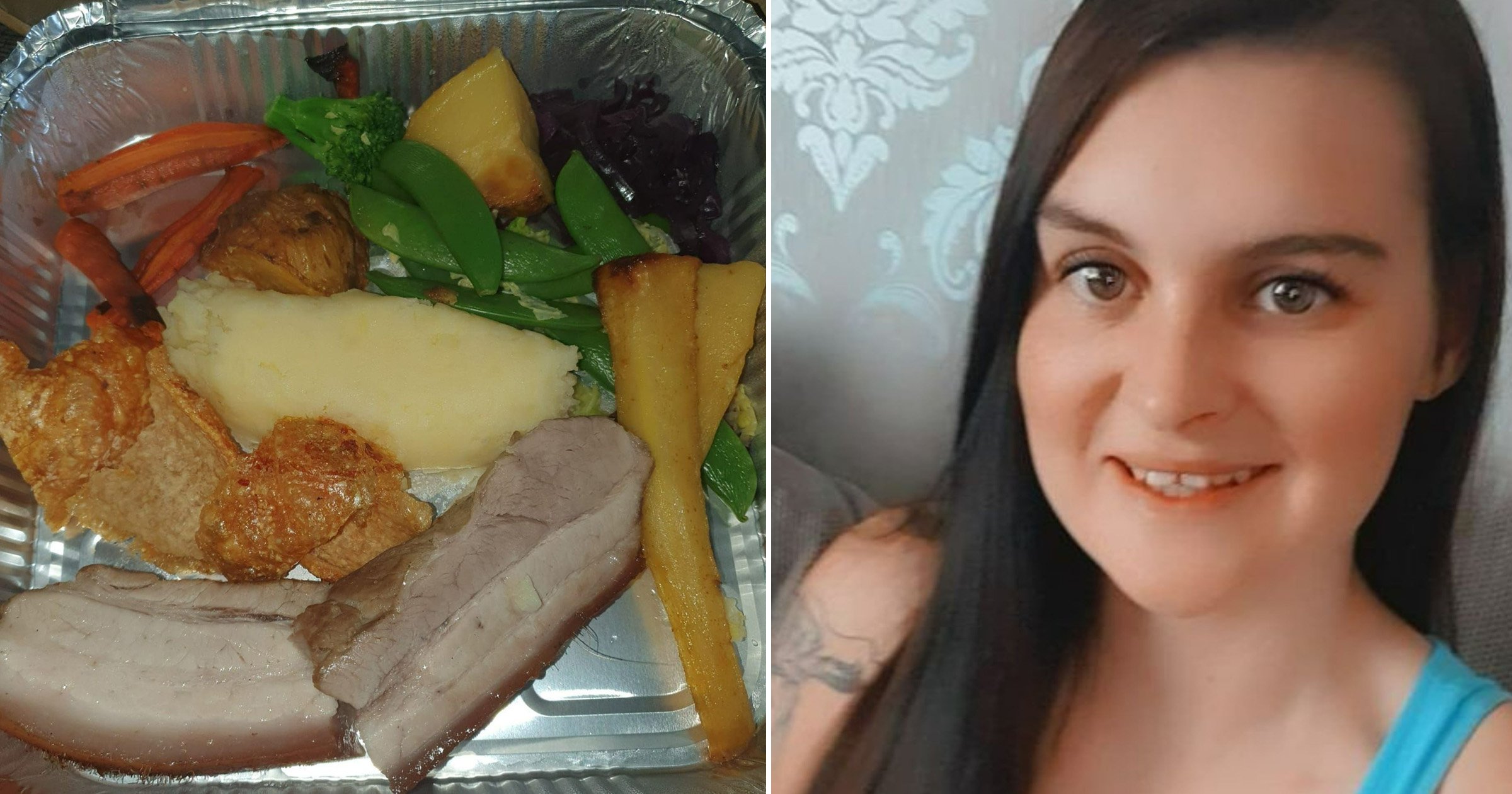 A North East mum claims she has been barred from her local pub after posting a scathing review of a Sunday lunch delivered to her.

Katie Lou, 31 was decidedly unimpressed after ordering a meal from the Hope and Union Pub in Stockton only to find the hastily assembled meal was both ‘freezing’ and pretty offensive to the eye upon delivery.

The unhappy diner explained that the order, which cost £15.50 plus another £5 in service and delivery fees, arrived with far smaller portions than she had been expecting.

‘I thought I’d order [a Sunday dinner] from The Hope and Union in Stockton, and I ordered it and it came to about £15.50, and that was with an extra Yorkshire pudding.

Instead, Katie said, ‘The apple sauce was missing and I got three carrots, two roasties, two parsnips, loads of peas in a pod, and a small portion of red cabbage.

‘It also came with gravy on the side in a pot. I was not happy – it looked like a kids meal.

‘It was freezing cold and the potatoes tasted like they had been sitting for a while and had been re-cooked – they were dry,’ she added.

The Stockton mum raised her concerns with the venue on Facebook messenger and says she was ignored, threatening to take the matter to social media.

This did end up catching the attention of the venue owners and she claims they called her ‘deplorable’ and barred her from the pub.

Elsewhere in the message, the management said their ‘record for customer service speaks for itself.’

Upon receiving their response, Katie said: ‘I thought it was ridiculous. I ordered dinner and it has come the way it did and I was complaining – it’s not my fault.

‘I have left it at that – I would’ve gone back for dinner to try it inside but I can’t know I’ve been barred so I won’t be going back.’

Located in the upmarket town of Stockton in County Durham, the Hope has generally garnered a positive reputation amongst locals prior to the incident, amassing a rating of 4.5 stars on TripAdvisor from over 400 reviews.