The 41-year-old mother, who asked not to be named, also claimed there had been a lack of “action” among staff when the tragedy unfolded at Liquid Leisure near Datchet, Berkshire, on Saturday. A girl who was reported missing at the water assault course was found more than one hour later before dying of her injuries in hospital.

The mum said: “There were areas which had deflated and gaps between obstacles which anyone could have easily slipped down leaving them underneath the inflatable.

“Because we weren’t told what to do and didn’t want to block their efforts of coming in to the park we just stood by and witnessed the search and rescue divers looking in the water.”

The death is being treated as unexplained and an investigation has been launched, Thames Valley Police said. The water park is due to reopen this morning.

The mum, whose daughter had been to Liquid Leisure several times before, told Mirror Online: “I started to try and make my daughter out because she was wearing a wetsuit and not many were, but because of the sheer numbers it was impossible so I just started to watch others.

“I quickly noticed not everyone was wearing life jackets and I saw a…lifeguard closest to where we were sat not paying attention and staring across the open water rather than the people they were meant to be looking at.”

The woman, of south Buckinghamshire, said she began to feel “uneasy” about the ratio of lifeguards to visitors. 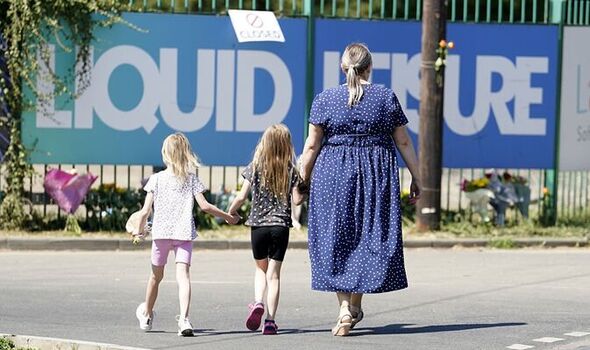 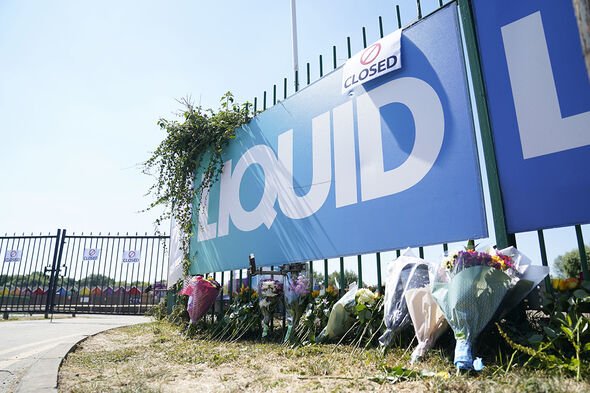 The mum said soon afterwards a lifeguard began to shout, telling them to get off the inflatable course.

She went on: “We then realised a child was missing as two frantic women ran past screaming the child’s name.

“There seemed to be no plan of action with the Liquid Leisure staff. A few lifeguards jumped into the water and started searching in what appeared to be a very non-methodical way.

“Another member of staff started asking other members of staff if they were lifeguard trained. No one appeared to be in charge and there was no co-ordination in managing the situation.

“For the adults and children left on the riverside we didn’t know what to do, there was no communication and no evacuation procedure. There is one small entrance and exit at LL and the emergency services arrived quickly and in huge numbers, they couldn’t have done more.”

A Liquid Leisure statement said: “Our thoughts and prayers are with the family, friends and all those affected by this desperately tragic and upsetting incident.

“As Thames Valley Police are in the early stages of investigation, it would not be right for us to add further comment, but we will continue to fully support and assist them throughout the process.”

Its website says: “Liquid Leisure is home to Europe’s Largest Aqua Park and the first official Ninja Warrior UK Aqua Park, set on one of the most beautiful private freshwater lakes amongst stunning parkland in the heart of Berkshire.”