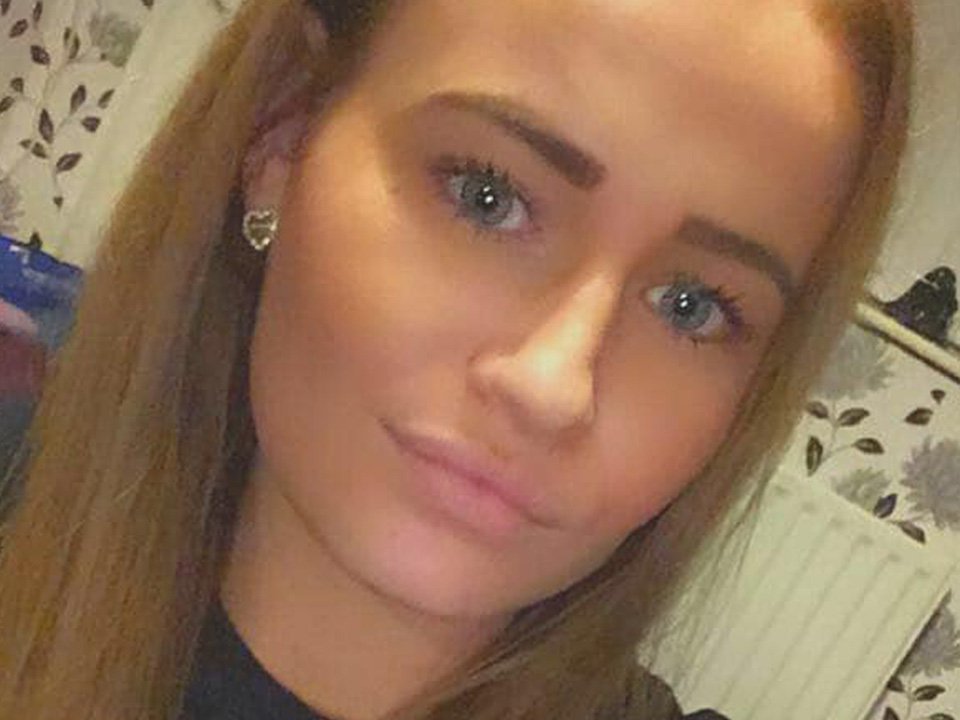 A mum-of-three who torched her own home hours after she was served with an eviction notice has been jailed for almost for four years.

Jordaine Liddle, 25, was told to vacate the mid-terraced house after she failed to pay rent and left the property in a poor condition.

After receiving the news, she set three different fires around her the home in Salford late at night while drunk before going to stay with friends nearby.

As the fire took hold and as neighbours slept in bed, Liddle was seen going backwards and forwards to her property 13 times to check on the flames before duping passersby into entering the house with false claims people might be inside.

When police and firefighters attended the scene, Liddle gave a false name and date of birth and also suggested someone else had started the fire.

But tests showed Liddle used a lighter to set fire to a sofa, clothes maiden and a bedroom carpet before fleeing.

Thankfully no-one was injured in the blaze on May 6, although neighbouring homes either side were occupied at the time, with some of the residents in bed.

Police investigating discovered Liddle was on bail having appeared in court just five days before the fire for stealing and smashing up a woman’s mobile phone.

Further inquiries revealed she was due to face trial after she drunkenly beat up a mother in front of her two-year-old son and tore out braids of her hair during a row over her using an ATM machine.

At Manchester Crown Court, Liddle showed no emotion as she admitted arson, being reckless as to whether life would be endangered and occasioning actual bodily harm.

She was jailed for three years and ten months. The costs of the damage caused to the house are not known but were thought to be ‘minor’.

The court heard the 11.30pm fire occurred after Liddle had been embroiled in ‘family issues’ and a troubled relationship with her boyfriend.

Matters came to a head when she was served with an eviction notice by Pendleton Together Housing who been letting her the property on Maple Close since July 2021.

Peter Malone prosecuting said: ‘The reasons for the termination notice were rent arrears, damage to property, rubbish being left in the gardens and the back and front of the property and not keeping it in a clean and sanitary condition.

‘There were reports of noise nuisance and smashed windows and she had failed to allow a neighbourhood officer to inspect the premises.’

He told how a neighbour walking by saw Liddle outside the burning house and asked if she was alright, but she claimed it was her friend’s house and that her friend could be inside.

‘The defendant then said she had dialled 999 but she hadn’t.’

The neighbour called firefighters who observed Liddle outside behaving ‘erratically’ and claiming someone was inside.

The blaze was put out while police spoke to Liddle, who denied starting the fire and said a friend might have got into her house via a broken window.

In mitigation defence counsel Henry Blackshaw said: ‘She was intoxicated at the time and her recollection of the incident was extremely poor.

‘At the age of 16 she was in an abusive and controlling relationship and reports show after the birth of her youngest child, she was highly likely to have had post natal depression.

‘She accepts she was behaving chaotically and stupidly but she now wants to keep herself fit and well to become a proper mother to her children.’

Sentencing, Mr Recorder Peter Wright KC told Liddle: ‘You lied at the scene but it was obvious you were involved in the setting of that fire as you had a soot-blackened complexion.

‘This was a mid-terraced property occupied on both sides and it was obvious to anyone there was a risk of causing serious physical harm – even to someone as intoxicated as you.’