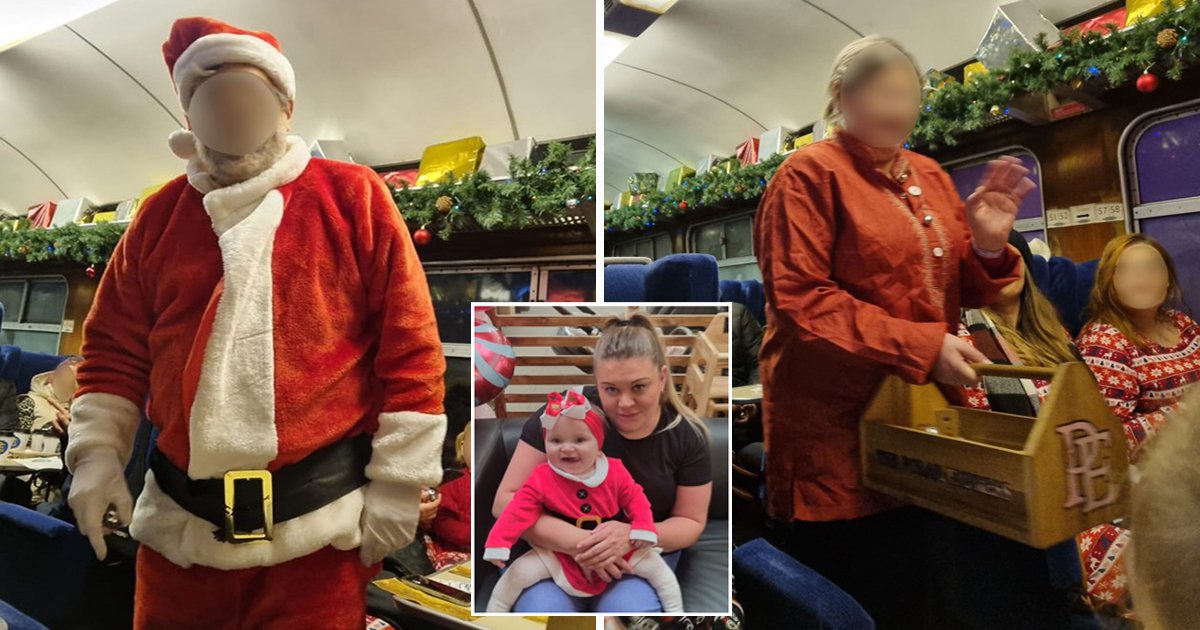 A woman has demanded a refund for festive train ride which she claims left her children questioning if ‘Santa was real’.

Melissa Evans posted a scathing review of the Polar Express experience on Facebook alongside a photo of the event’s Father Christmas, who she said looked ‘homeless’ and didn’t say ‘ho, ho, ho’.

The 35-year-old has accused Telford Steam Railway of ‘ripping people off and making a killing on a very shoddy show’ after forking out £135 on tickets for the ‘disappointing’ train ride last month.

But she has been criticised for posting pictures of the event’s Father Christmas online, while her negative review has been outnumbered by a majority praising the event.

Melissa, from Cannock, Staffordshire visited the Polar Express with her partner, daughter, stepdaughter and niece on Sunday, November 28.

The event is billed as ‘an immersive re-creation inspired by the iconic 2004 Polar Express film’ where customers can ’embrace the spirit of Christmas on their wonder-filled trip’.

But Melissa claims the 40-minute train journey was ‘not magical at all’.

She said: ‘There was no character of Santa, there was no “ho, ho, ho”, he literally just walked on and said “hi” – he didn’t interact with the kids.

‘I don’t want to say it because it’s nasty but he just looked like a homeless guy had got on the train. He just wasn’t in character, there was nothing magical about it.

‘As soon as he walked off my seven-year-old said “that is not Santa”.’

Melissa acknowledged that it ‘wasn’t all dire’ and said the journey down to the train platform ‘was magical’ and the locomotive ‘was amazing’.

But she said after seeing pictures of friends’ Polar Express experiences ‘it was a million miles away’ from what her family got.

Some have commented in support of Melissa’s scathing review, saying they too were disappointed after booking the same ‘expensive experience’.

But others slammed her as ‘entitled’ and noted that the heritage railway is run by volunteers.

However, Melissa remains firm in her stance and is hoping to receive ‘at least a partial refund’ after lodging a formal complaint.

Telford Steam Railway responded to Melissa’s complaint on social media and wrote: ‘We have strengthened our customer service team and all open enquiries are being dealt with by our volunteers as quickly as possible.

‘We thank you for any constructive feedback and we appreciate your patience and will liaise with any dissatisfied customers directly via private message or email.’

Telford Steam Railway has been contacted for further comment.