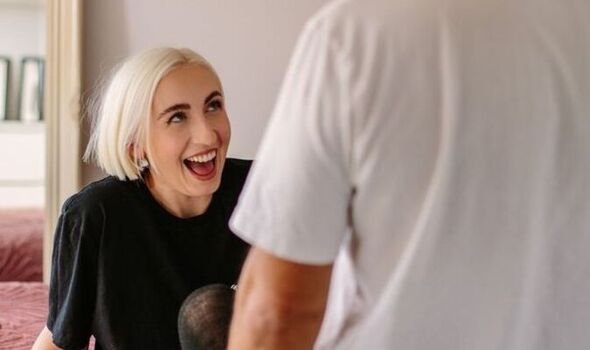 A Scottish mum has claimed she’s so hot she even gets chatted up when she shops in children’s toy stores while out with her kids. Bonnie Slayed, from Glasgow, claimed she finds it difficult going anywhere without being chatted up. Bonnie even said some of the men trying it on are married with wives at and children at home.

The mum-of-two revealed she was surprised to be approached while shopping in Smyths Toys Superstores.

Bonnie, who recently appeared in the Channel 4 documentary My Massive C**k, told The Sun: “I’ve been approached by dads on numerous occasions when out toy shopping, and it always happens in Smyths.

“Dads come up to me and say ‘please tell me you’re a single mum so I can give you my number.’ And I have people airdropping their number, and saying ‘don’t tell my wife.’ They like approaching me when I’m putting the toys in the boot of my car.”

Bonnie, who is in an open relationship with partner Tommy, said she has gotten used to the attention, and doesn’t always turn people down if someone catches her eye.

Bonnie and Tommy quit their 9 to 5 jobs to become independent sex workers, as they said the decision gave them the freedom to enjoy watching their children grow up.

The couple said they filmed raunchy content for OnlyFans when their two young children are sleeping and were not ashamed about working in the sex industry.

Tommy said that posting content to the platform means they can make good money in a flexible way and he can’t imagine doing another job now.

He added it allows them to do things on “our terms” and said working at night means they can enjoy themselves more during hours when others are stuck working.