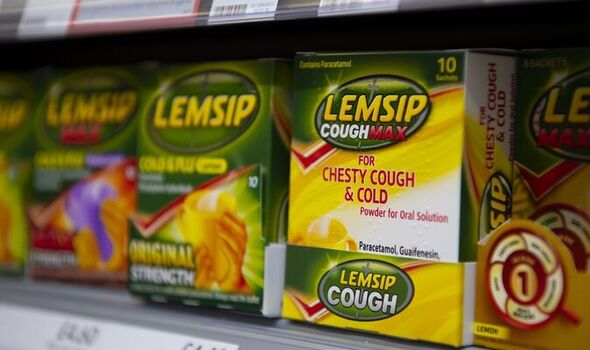 Joan Ita Bergin, 58, had been ill for a week with a bad chest last December and drank the off-the-shelf medication to manage the symptoms. The cold and flu relief sachets contain paracetamol and Mrs Bergin was supplementing it with more of the painkiller.

Her son Matthew, who called an ambulance on Christmas Day, said Mrs Bergin, who was born in New Zealand, had been vomiting coffee-coloured bile.

An inquest heard she was taken to Royal Preston Hospital and then into intensive care after her condition deteriorated.

Tests revealed she had “significantly elevated” liver enzymes and low oxygen levels. She was diagnosed with liver failure and died on January 7.

At her inquest the coroner was told how, at one stage, Mrs Bergin was consuming a sachet of the medication every four hours when it is recommended that no more than four doses should be taken in 24 hours.

She also admitted to doctors taking more than the suggested amount of painkiller.

The hearing was told she had a background of drinking excess alcohol.

The cause of death was given as multiple organ failure, pneumonia and acute liver failure secondary to unintentional paracetamol overdose. Contributory factors were cited as alcohol-related liver disease and oesophageal ulceration.

Ms Bisset returned a conclusion of death by misadventure.