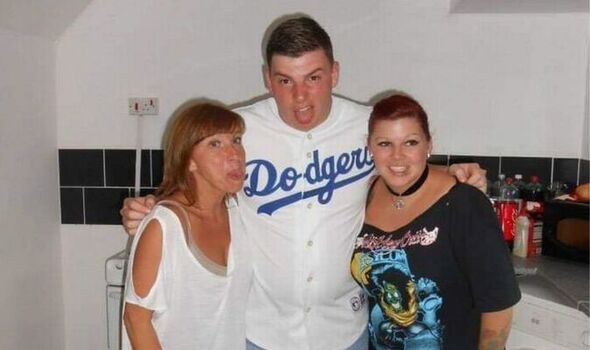 A popular mother has died suddenly from a rare and undetected brain cyst.

Jacqui Murphy had been enjoying a few drinks with her friends earlier in the month when she fell ill.

Within a matter of hours, the 54-year-old suffered a seizure and was rushed to the hospital, where doctors found a brain cyst.

Her son, James Murpy told Teesside Live: “She was gobby – I think that is what most people would say.

“She didn’t hold back, she was proper fiery but she was funny with it – I think that’s one of the reasons we’ve had such an outpouring of messages from people.

“She was an out-there person, she rocked every colour hair you could think of.

“She didn’t care what people thought, she said it how it was and that’s how she’s always been.

“All my friends when I was growing up were scared of her. She was a softie really, she was just a lot of bark.”

Jacqui, who helped out at The Smoggie Scholar for over 10 years, was drinking with friends when she fell ill.

Within a matter of minutes she seemed really drunk, so James and his partner Danielle Cotton took her home.

There her condition worsened and in the early hours she had a seizure and was rushed into hospital by ambulance.

Doctors found Jacqui had a cyst which had blocked the spinal fluid from draining from her brain.

In the following days, the mum-of-two suffered a stroke and bleeds on the brain and doctors told James and sister Kayleigh that the damage was catastrophic and tragically irreversible.

James said: “I was really close to my mam. She knew how to let you become who you wanted to be.

“We have a lot of good memories from when we were growing up.

“She was a single mum who worked to keep two kids going.

“There was always little bits where she was stressed and maybe missed out on things but she made up for that as we’ve got older.

“The last nine years me and her have been inseparable.

“We just feel a little lost.”

Jacqui, who has a twin sister Ged and is the daughter of Catherine, adored her first grandson Hudson – who turns two next month – and her nieces’, Emily and Bethany’s, children.

“Everyone keeps saying the same thing: how much she has changed since my little one came along,” added the 30-year-old dad.

“She’s become like super nana, she was the woman when we were growing up saying ‘if you have kids they’re not calling me nana, I’m not being a young nana’.

“When he came along her mentality and attitude completely changed.

“She was probably more maternal to my little boy than she ever was to me and my sister.

“Without sounding corny, when you know you’re having a kid, she’s everything you could have wanted.

“She was there when we needed her, if you needed something she’d have it.

“My little boy is only coming up two years old and he doesn’t understand what is going on.

“Everything we are trying to do now is to honour what she would want to be able to tell him – so he can be proud of his nana.

The family have been overwhelmed by messages of love and support – from people reaching out on Facebook to cards being posted through the door.

It was a friend who suggested that James set up a GoFundMe for those who wanted to support the family with funeral costs.

In a matter of days more than £4,000 has been donated online.

“It’s been crazy, you just don’t realise how busy she was and how many people she knew,” said James.

“The amount of messages and support and love towards her is ridiculous, it’s made the process a little bit easier knowing how loved she was.

To donate to the Go Fund Me page click here.