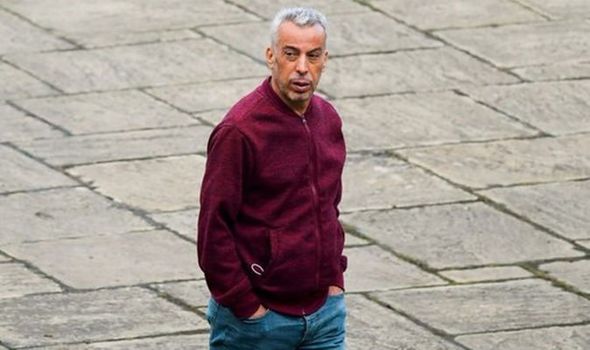 Mohamed Jarboui, 52, admitted trying to take a two-year-old girl, who has “significant health issues”, from her pram by picking her up from her armpits. When this failed because the girl was strapped in, he tried to run off with the buggy and the child inside.

The girl’s mum, 27, who can’t be named for legal reasons, said she felt “sick” as Jarboui kept harassing her before the attempted abduction in Eastrop Park in Basingstoke.

Winchester Crown Court heard that “there was nobody around” in the park when the incident took place just after 3.30pm on February 4.

The court heard how the mother noticed Jarboui several times as she walked through Basingstoke before he came over, knelt down and made “cooing noises” to the child, The Mirror reports.

She said: “He came up the right hand side of the pram and knelt down at my daughter and started making all these cooing, babbling noises.

“He had his left hand on the latch… He touched her face and I said, ‘please don’t touch her’, because my daughter is of a high risk.

“He said sorry, and I thought he was going from that point.”

She continued: “I started to have a really sick feeling. I looked around and there was no one around me, the businesses were all shut.”

Jarboui returned, spoke Arabic to the child, then grabbed her arm.

The mum said: “I told him to stop dragging her like that and the next minute he put his hands under her armpits.

“I just hit him, I think I had my left hand on the left hand side of the pram… I screamed at him saying ‘let go of my daughter’.

“He just dropped her, she was still in the pram, he couldn’t get her out, then he came up to her right hand side… pushing me with his hip to get me away.

“He was working out different ways to get her out of the pram and then when he couldn’t, he just tried taking the whole pram and me with it.”

Jarboui, who is originally from Libya, had previously denied trying to snatch the child. Prosecutor Edward Elton said Jarboui claimed he was “playing” with her in a way that was “perfectly acceptable in his culture”.

Today, Jarboui admitted trying to take the girl and said he now saw the error of his “culturally inappropriate behaviour”.

Mitigating, Rupert Hallowes said it had “dawned upon him slowly that his behaviour that day was inappropriate”.

Mr Hallowes said a letter from the Libyan embassy had explained that in North African culture it is “acceptable” to approach children and interact with them in ways that it is not in the UK.

Jarboui was sentenced to 10 months in prison but will be released on Wednesday because of the time he has already served in custody on bail. He will still need to adhere to any conditions placed on him by the Probation Service.