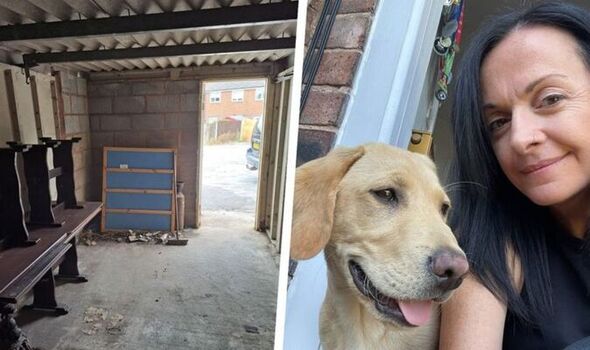 With pet abandonments on the rise due to the cost of living crisis, one owner wanted to play her part and help people who are struggling to feed their animals. Mel Oldfield was so moved by the harrowing stories of overflowing rescue centres full of pets their owners could no longer afford to keep that she decided to open a food bank offering free dog food.

The 48-year-old has already been inundated with requests for help from struggling pet owners, even though it does not officially launch until later this month, reports North Wales Live.

The intensive care nurse from Hawarden in Flintshire, Wales, said: “Within 48 hours of starting a Facebook site, I was contacted by two owners who were desperate.

“They were literally on the verge of having to give up their dogs.

“Although I’m still setting everything up, I was able to supply each of them with two weeks’ worth of feed. It will enable them to keep their dogs for the time being.”

Mel’s PET (Pets Eat Today) Foodbank will be based in an outhouse behind the White Bear pub in Mancot, Flintshire, Wales.

It will open twice a week between 1pm and 2pm on Tuesdays and Thursdays, starting from August 23.

Last winter the RSPCA saw a 30% rise in pet abandonments in the wake of the Covid crisis.

However, the charity expects these figures to be dwarfed over the coming winter as families struggle to pay bills and keep food on the table.

People needing help with vet bills are also rising sharply and the RSPCA is becoming increasingly alarmed at reports of people trying to treat their pets at home. 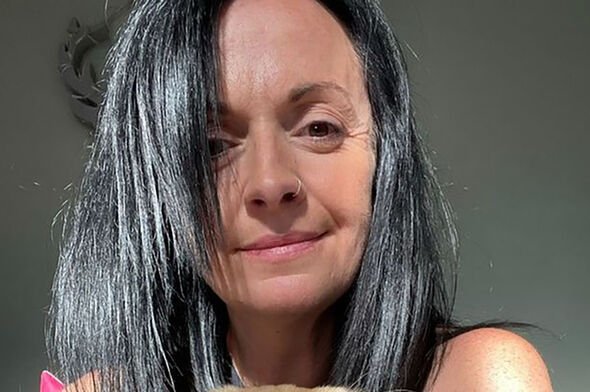 On hearing of Mel’s new foodbank, Wirral-based Jackson’s Animal Rescue, which runs the former Capricorn Animal Rescue, flagged up its importance on Facebook.

It wrote: “We are getting so many phone calls about people wanting to rehome as they cannot afford to feed their pets, this breaks our hearts because we know how tough it is right now.

“We even have cats and kittens in that people have ‘found’ – but we know full well they owned them and just didn’t want to tell us. Please don’t dump them, please seek help.”

Without some kind of help, Mel fears an “avalanche of misery” this winter.

The PET Foodbank probably would not exist without the arrival of a certain dog in her life last year.

Ronnie the Labrador has completely changed her perspective on animals – and on life.

“For years my husband had begged me to get a dog but I was too busy and wasn’t interested,” she said. “Last year I relented and it’s had a profound impact on me.

“It’s been completely overwhelming, like a missing piece of my life has slotted into place.

“They say cats and dogs are like therapy and it’s true: with things being so difficult at the moment, with Covid and now rising prices, they are a great way of helping people to cope.” 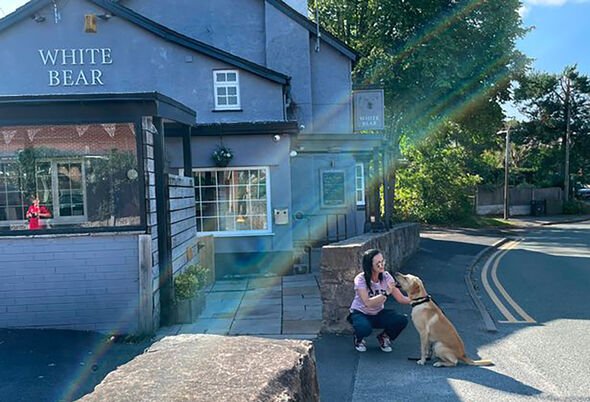 Mel lives in Hawarden with husband Andrew, a Jaguar employee, after a spell working in London.

The mum-of-two still commutes to London where she retains a part-time nursing role in a private hospital on Harley Street.

When she researched her idea, she found pet foodbanks were few and far between.

There is one on the Wirral but otherwise the nearest Blue Cross-sanctioned sites are in Manchester and Cardiff.

For the name of her new venture, she enlisted the help of the 1st Saltney (St Mark’s) Scout Group.

Parents at her children’s school were also useful – they included the landlords of the White Bear, who promptly offered an unused building as a secure store room.

As well as the White Bear, collection points – where cash and food donations can be left – have been set up at Hawarden Post Office and at the Beauty Box Salon in Shotton.

Mel will also be approaching supermarkets and high street retailers for support.

Unlike traditional foodbanks for people, users won’t be means-tested.

“I won’t be asking for referrals,” she said. “I am prepared to believe any dog owners who turn up at the White Bear that their need is genuine.”

As with “human” foodbanks, a potential pitfall will be the inability of cash-strapped dog owners to get to the White Bear without a car.

Mel hopes to enlist volunteer drivers who can also help with collections of donated food.

“I don’t want to start delivering food,” she said. “But, realistically, it will probably need to happen, so I’d be delighted to hear from volunteers.”

Already offers of food donations are coming in from further afield, including Wrexham.

Ultimately Mel would like to create a network of collection centres across north east Wales – but that’s still some way off.

In the meantime, she needs stocks of dog food, dry or wet. She’ll happily take opened bags of biscuits and kibble. “Nothing will go to waste,” Mel pledged.

“If any is left over, it will go to rescue centres. I’m also looking into how homeless people are able to feed their dogs. They probably need a hand too!”