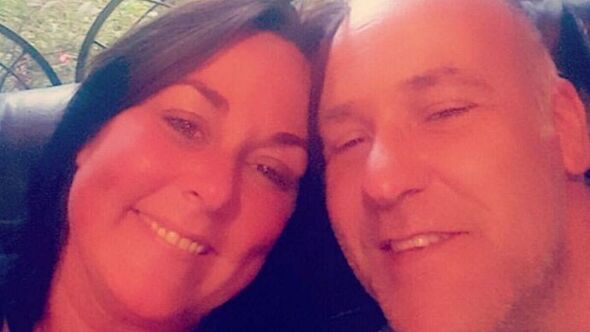 A mum-of-two was left “physically sick” after “paedo hunters” tracked down and accused her husband of sex crimes. Telling her story for the first time, Hayley Dunn, 50, saw her world “fall apart” when women from a vigilante group knocked on her door in 2018. She recognised her husband, James Kemp, then 40, in intimate pictures produced by the pair, following explicit exchanges with people posing as underage girls.

Speaking to the Daily Mirror, Ms Dunn said she recognised his wristwatch, wristband and body in the photos.

She told of how the sudden realisation “broke” her and “tore her world apart”.

Ms Dunn said she felt “physically sick” and cried before collapsing on the floor when the vigilantes produced the photos.

She said that her thoughts first turned to her two daughters.

She said: “My world completely fell apart. My first thought was ‘has he touched my daughter?’ as he was close to her.

“He was always giving her cuddles and saying he wanted to adopt her. I felt like he groomed me and could have tried to groom her.

“I couldn’t believe that I had fallen for somebody that would do this.”

Ms Dunn met Kemp on a dating app in February 2017, and the couple became engaged after dating for six months.

She said her husband had “fooled everyone”, as she had few concerns during their marriage.

She thought their lack of sexual intimacy came from “considerate” Kemp, who she believed was taking her pain caused by fibromyalgia and arthritis into account.

Ms Dunn said: “Everything was fine. We never had a sex life but I always thought it was because he was watching out because he didn’t want to hurt me, being considerate as I was in so much pain.”

But Kemp was coming to bed “later and later” after spending increased time on his mobile phone.

The vigilante “paedo hunters” arrived on their doorstep in January 2018, upending her once-happy marriage.

Members posing as young girls had received explicit pictures from the man, who has since admitted to an attempt to send sexual communications to underage girls.

He was jailed for 18 months and will remain on the sex offenders register for 10 years.

Ms Dunn last saw her husband on November 29, 2018, and fears retribution from Kemp.

The two are still married, and Ms Dunn has accused her husband of not allowing their divorce to go through.

She said he has “visions” of Kemp coming to her home, as he knows where she lives.

She added she is “waiting for that day to come” and “on the edge all the time”.

Ms Dunn shared her story as a cautionary tale for women, warning them not to rush into a relationship and stay weary of men they meet online.