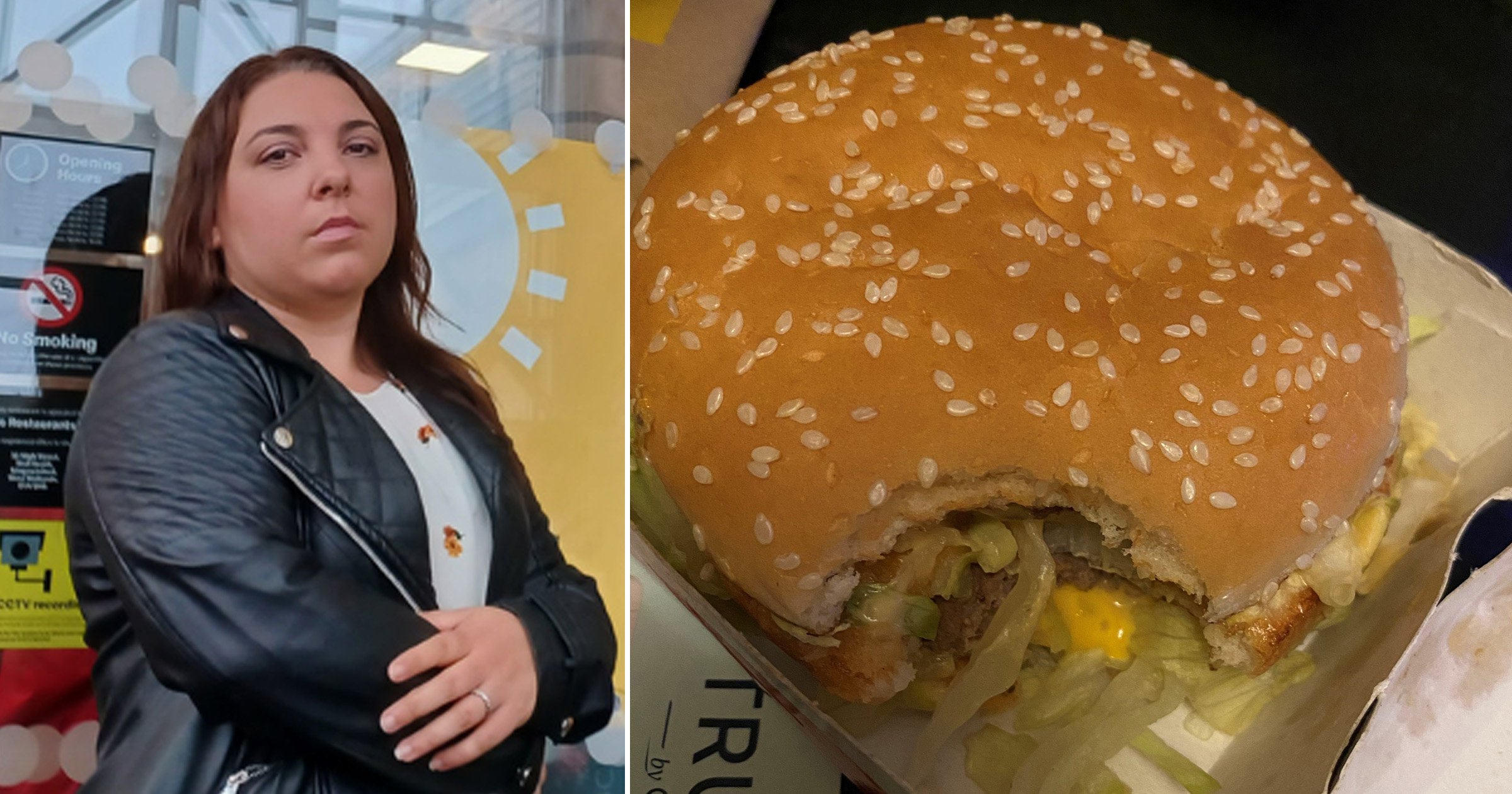 A mum has called McDonald’s ‘a public health concern’ after claiming her Big Mac arrived with a bite taken out of it.

She told The Argus: ‘I was horrified to find that a sizeable bite had been taken from the burger.

‘You don’t know what kind of illnesses someone has, someone could have a blood disorder and I could catch it.

‘With the ongoing threat of Covid, not to mention any other illnesses someone may have, it poses a significant threat to safety.’

According to Catrina, the delivery arrived in a sealed bag and Uber Eats made her complaint a ‘special priority’.

But the company told her to approach the fast-food branch based at the Hollingbury Asda.

The mum-of-four claims the manager at the McDonald’s denied a member of staff would take a bite out of the burger, and said it was just ‘the shape of the bun’.

But she went on to allege the manager admitted the branch has had similar complaints before.

Catrina, 34, now wants to make the public aware, and highlight the lack of customer service she feels she received.

After telling Catrina it would review CCTV and look into the complaint, McDonald’s said it was confident the burger had left its premises intact.

A spokesperson said: ‘Having investigated the matter further we are confident that the burger was not tampered with before it left the restaurant.

‘We place great emphasis on quality control and follow rigorous standards in order to avoid any imperfections in our food.

‘We would encourage the customer to contact our customer services team who can help find a solution.’

Uber Eats has been contacted for comment. Catrina was issued with a full refund.