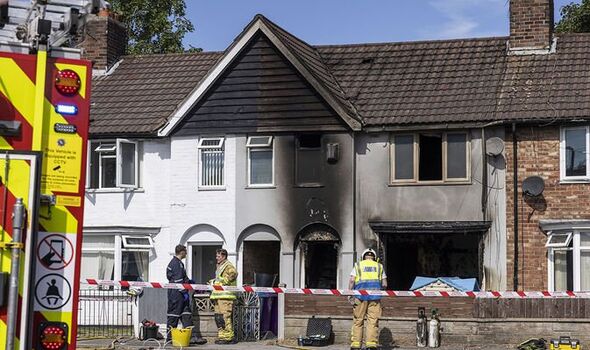 Five fire crews rushed to the address in Huyton, Merseyside, on Tuesday morning after the blaze roared through the building. It was caused by an electric bicycle on charge in a ground floor room, the fire service has confirmed. No one was seriously hurt though.

James Taylor, the brother of the mum who lives in the house, said “everything” has “gone”.

Speaking to Liverpool Echo, Mr Taylor, 27, said: “Everything in the house really is gone. There isn’t really anything there, no clothes, no toys, no toiletries, just stuff you need for every day living. Appliances, covers, fridges things like that everything has been destroyed.”

People were advised to avoid the area and keep their windows and doors shut throughout Tuesday. 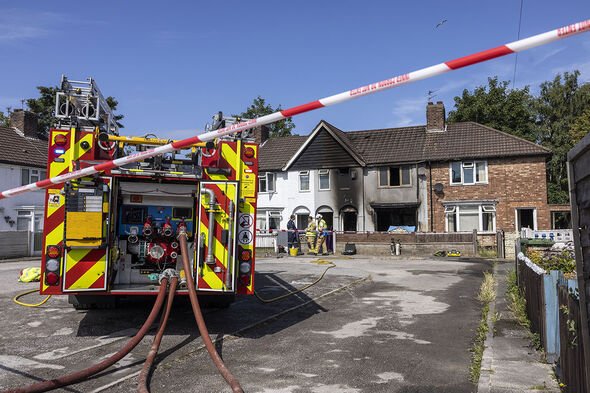 Mr Taylor received a text from his mum alerting him to the fire and he was saddened when he arrived at the scene.

He said: “My mum text me and said try and not panic but there has been a fire, sister’s house has gone. I left work and drove to my sister’s house and I was gobsmacked to be honest.

“I didn’t realise how bad it actually was. All the family are devastated and it’s obviously her home and the kids’ home. It’s just heartbreaking for all of us.

“It has been a bit of a shock process really, no one really knows what is happening. We just know we need to try and help her get back on her feet and just do whatever we can to help benefit them.

“I think she is coming round now and understanding now what has happened. Her priority at the moment is the children and making sure they are OK and just to try and get accommodation as soon as possible.”

A Go Fund Me page has been created in a bid to help the mum and her four children. 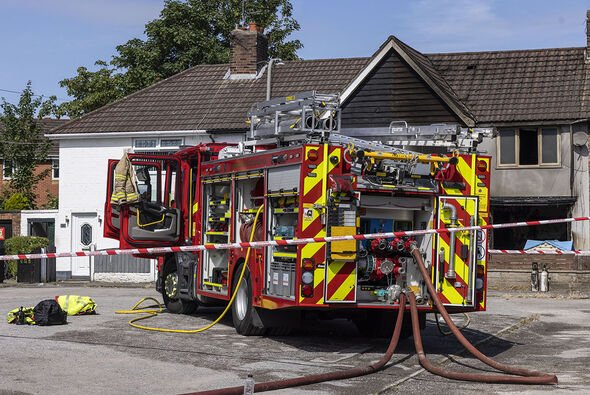 “Fire crews have carried out Home Fire Safety Checks in neighbouring properties. An investigation is taking place into the cause of the fire.”

In an update today, a spokesman for the fire service confirmed the cause of the fire was “accidental” and caused by an electric bike on charge.

They said: “Our investigation into the fire has confirmed that the cause of the fire was accidental and was caused by an electric bike on charge in a ground floor room.”

To donate to the GoFundMe page, please click here.