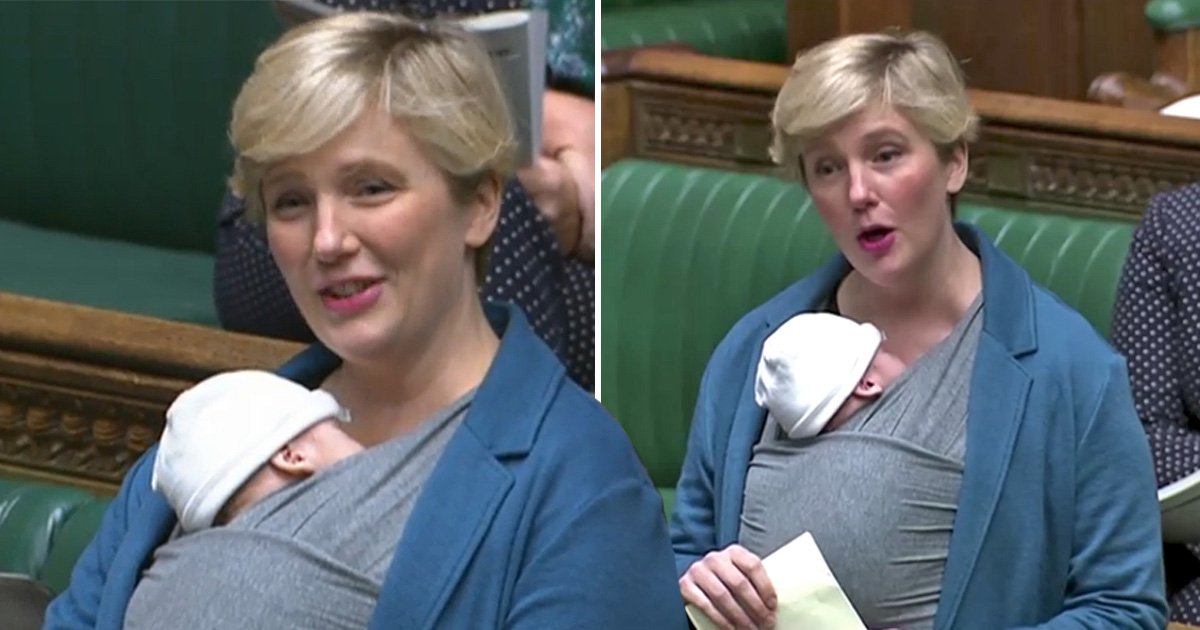 Labour MP Stella Creasy has insisted ‘politics and parenting can mix’ after being told she could no longer bring her three-month-old son to the Commons.

The mum-of-two, who represents Walthamstow, shared an email from an official which was sent after she brought her baby Pip to a debate yesterday.

The private secretary, who supports deputy speaker Eleanor Laing, wrote to Ms Creasy: ‘We have been made aware that you were accompanied by your baby in Westminster Hall earlier today.

‘I just wanted to make you aware that the recently published rules of behaviour and courtesies in the House of Commons states that, “You should not take your seat in the Chamber when accompanied by a child” (para 42).’

They added that the rules – updated in September – extend to debates held in Westminster Hall.

Speaker Lindsay Hoyle has now asked the Commons Procedure Committee to examine the rules around babies being brought into the House in response to the issue.

Ms Creasy previously brought her son to the chamber two months ago, when she claimed that she had to abandon her ‘baby proxy leave vote or else be reprimanded’ for speaking.

The politician also told Commons leader Jacob Rees-Mogg that the Independent Parliamentary Standards Authority refused to fund maternity cover for her because ‘people needed to be able to speak in the chamber’.

New Zealand’s prime minister Jacinda Ardern brought her baby daughter to the United Nations in 2018, where she made her first speech to the general assembly.

One year later, the speaker of the country’s parliament Trevor Mallard went viral after he was filmed cradling an MP’s baby boy during a debate.

Other MPs have since thrown their support behind Ms Creasy, with Green MP Caroline Lucas describing the rule as ‘absurd’ and one which ‘absolutely needs to be challenged’.

She added babies are ‘far less disruptive than many braying backbenchers’.

MPs who have brought their babies to work

Alex Davies-Jones, Labour MP for Pontypridd, branded it a ‘complete contradiction’. She had previously been told by Commons Speaker Lindsay Hoyle that she could breastfeed in the chamber.

Meanwhile, deputy prime minister Dominic Raab said he has ‘a lot of sympathy’ for Ms Creasy, but stressed the decision is one to be made by House authorities.

He told BBC Breakfast: ‘I think we do need to make sure our profession is brought into the modern world, the 21st century, and can allow parents to juggle the jobs they do with the family time that they need.

‘When you see your colleagues with their children given the rough and tumble of politics, I just always think it brings out the best in people.

‘Whether it’s the right thing in the chamber, there will be different views on that, it will be for the House authorities to decide, but it certainly wouldn’t distract me or get in the way of me doing my job.’

A House of Commons spokesperson has said authorities are ‘currently in communication’ with Ms Creasy.