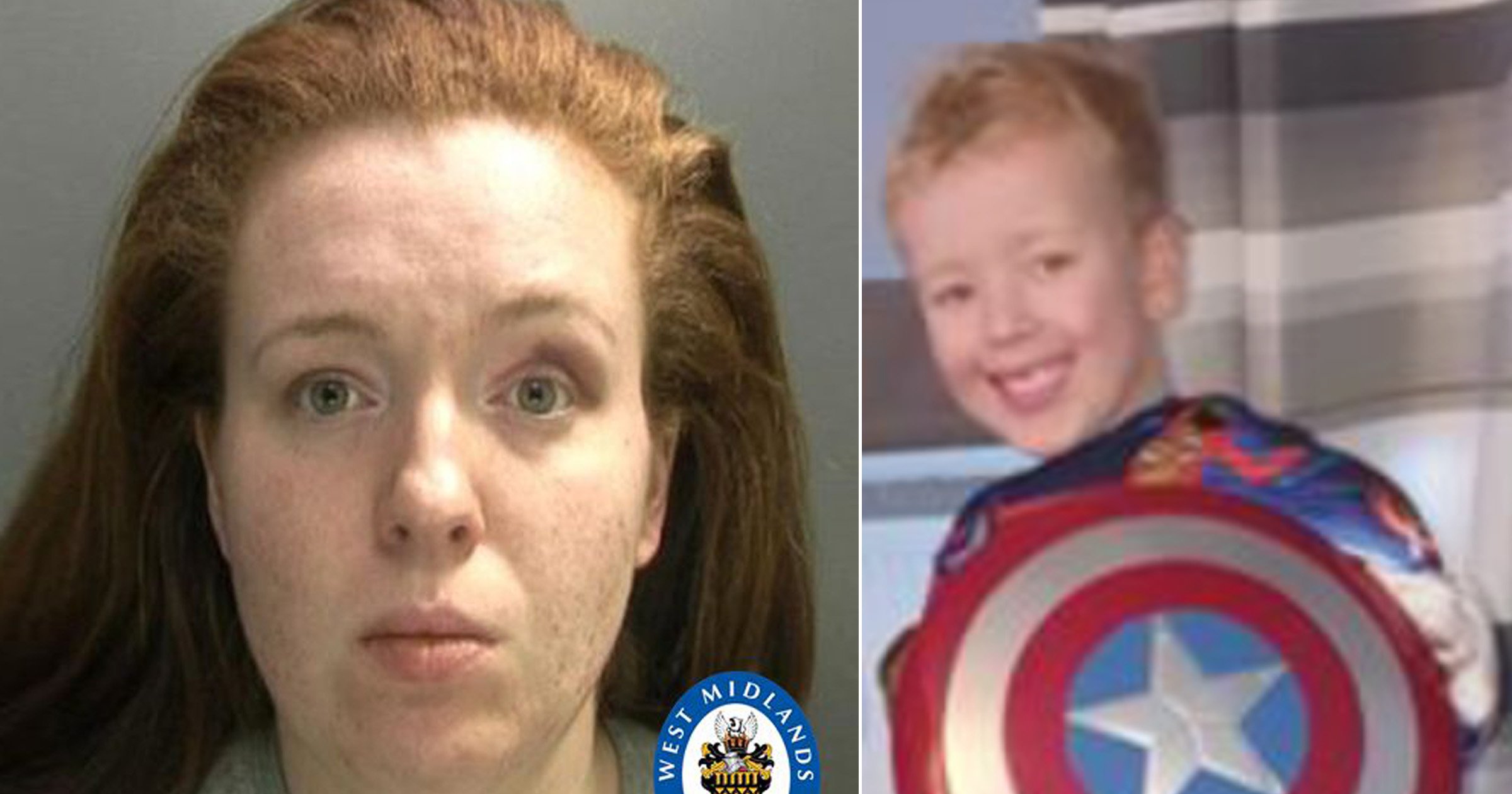 The mother of a murdered six-year-old who was killed by his stepmum and father has paid tribute to her ‘beautiful boy with a superpower smile’.

Olivia Labinjo-Halcrow, 27, is in jail for stabbing her own partner to death in a drink and drug-fuelled rage.

Speaking from her prison cell, she said details of her son Arthur’s abuse were ‘harrowing and incomparable’.

Arthur, who loved reading, playing football and dressing up as superheroes, sustained fatal head injuries after enduring months of torture at the hands of Thomas Hughes and Emma Tustin.

The youngster ended up in their care in 2019 afterLabinjo-Halcrow was handed an 11-year sentence for killing her boyfriend, Gary Cunningham.

The university-educated mum’s life spiralled out of control due to alcohol, her own trial heard.

Speaking after Tustin and Hughes were convicted, Arthur’s grandmother Madeleine Halcrow read a tribute on behalf of her daughter.

Olivia said she wanted to ‘focus on the life Arthur lived and to celebrate the beautiful little boy I knew and loved deeply’.

‘The details of Arthur’s case are harrowing and incomparable but I want people to know who Arthur was, from his huge smile and his personality to his gentle and caring nature,’ she said.

‘All mothers are biased and believe their children are the best and I’m no different. From the moment Arthur was born he was always smiling and had the most inquisitive little mind.

‘When I think about Arthur’s life and what he loved there are always three things that I always thing about.

‘Firstly, he loved to read or to be read to and any of the Julia Donaldson books were his favourite. He liked the Gruffalo and the Snail and the Whale.

‘When he started school his love of reading became a love of learning how to write new words.

‘Secondly Arthur loved his food. He was 10lbs 6.5oz when he was born and his love of milk soon turned to his love of food.

‘But what Arthur loved more than anything was being outside. He loved to play football and was kicking a ball around as soon as he could walk.’

Olivia said Arthur was a Birmingham City FC fan and had all the latest kits.

She added: ‘Talking about Arthur’s loves would not be complete without talking about his love of superheroes. Marvel or DC, Arthur loved them all.

‘From Batman to Black Panther. Superman to The Flash. He had every costume and action figure and loved dressing up pretending he had all of those super powers.

‘Arthur was the light of my life, he was not only just my only child he was my best friend.

‘Never could I have imagined he could have been taken from this world so early in his life.

Arthur’s father Thomas Hughes, 29, and stepmother Emma Tustin, 32, were convicted of his manslaughter and murder respectively on Thursday.

Tustin, 32, inflicted ‘unsurvivable brain injuries’ on Arthur by repeatedly slamming his head on a hard surface.

She then callously took a photo of him as he lay dying in her hallway and sent it to his father, 29-year-old Thomas Hughes, who hours earlier had sent a text to Tustin telling her to ‘just end him’.

Tustin also poisoned Arthur by force-feeding him salt-laced meals, and it has since emerged that she had ‘salt thrown at her’ by other inmates while on remand at HMP Peterborough awaiting trial.

Haunting audio and video clips recorded in the final weeks of Arthur’s life revealed he could barely speak and was no longer able to support his own weight.

Despite this, Tustin faked crying in front of police officers sent to her home and cruelly tried to blame the boy for causing the injuries himself.

Full details of Arthur’s traumatic childhood were revealed during the harrowing nine-week murder trial, with a probe into social services now underway.

Hughes and Labinjo-Halcrow, an alcoholic, had shared custody of their son until her arrest for killing 29-year-old delivery driver Gary Cunningham in their home at Frensham Way, Birmingham, in February 2019.

A court heard Arthur saw terrible rows between his mother and his father before and on one occasion ended up ‘cowering under the covers’ as they tore into one another.

Labinjo-Halcrow had been seeing Hughes and Mr Cunningham at the same time and Hughes was still having a sexual relationship with her up until the point that she killed Mr Cunningham.

They’d had a furious argument on February 16 and ended up physically wrestling over Arthur as Hughes took him away to his parents’ house.

On another occasion in November 2018, Labinjo-Halcrow stabbed Mr Cunningham in the arm while Arthur was in their flat.

Labinjo-Halcrow was originally convicted of manslaughter on the grounds of diminished responsibility and jailed for 18 years at Birmingham Crown Court.

In August last year the conviction was overturned by The Court of Appeal after judges ruled she may have been acting in self-defence.

But following a retrial at Birmingham Crown Court, jurors once again found her guilty of manslaughter in July 2021 and this time she was sentenced to 11 years.

Mrs Justice Amanda Tipples, sentencing, described how Labinjo-Halcrow had told ‘lie after lie’ about her crime, and showed no remorse.

She said: ‘However drunk and drugged you were that morning I’m quite sure you know what actually happened.

‘You are an intelligent woman, academically successful in school and attended university.

‘You used that intelligence to tell this jury an extensive and elaborate series of lies you made up after you killed Gary in order to describe the relationship where you had been the victim.’