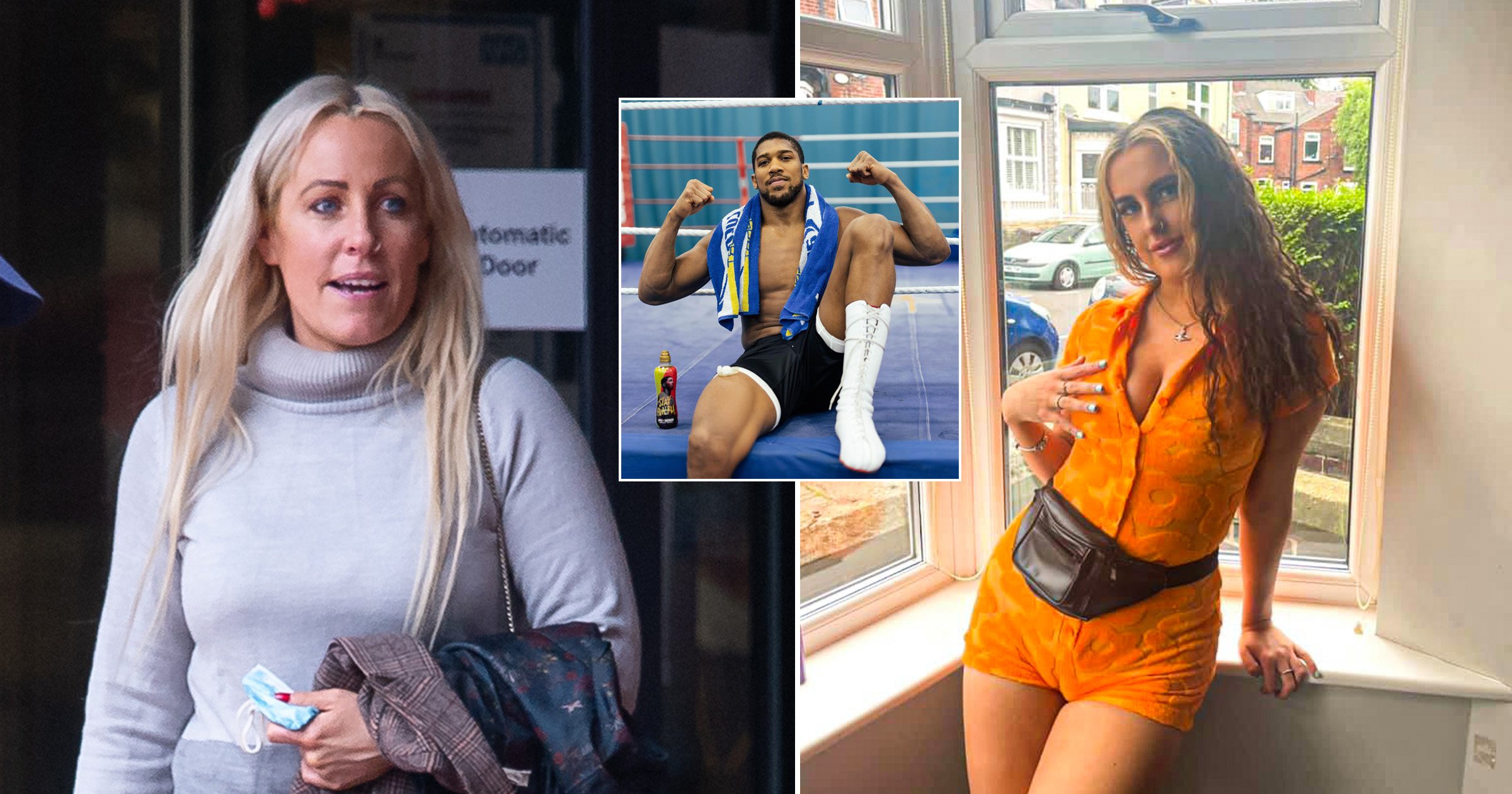 A mum has been ordered to pay her teenage daughter £500 after breaking her nose during a family row over watching an Anthony Joshua heavyweight title fight.

Theresa Carroll, 39, grabbed 19-year-old Chantelle Carroll by the hair and punched her in the face after the college student objected to her having friends around to watch the bout last December.

They were living in Bollington, Cheshire, which was under tier two coronavirus restrictions at the time, meaning indoor mixing was also banned.

Mum-of-three Carroll was ordered to pay the sum in damages after admitting common assault at Stockport Magistrates’ Court.

She was also handed a restraining order banning her from contacting her daughter, who has not spoken to her since, for a year.

The court heard the mum had invited friends around to watch AJ defend his IBF, WBA and WBO heavyweight belts against Bulgarian challenger Kubrat Pulev on December 12.

But her teenage daughter had been working all day at a hotel and was said to be angry as she wanted the ‘house to herself’.

Nick Smart, prosecuting, said: ‘There was an argument, the defendant said she was having friends over to watch the boxing.

‘She said it was her house and she would do as she pleased, but she then grabbed her daughter by the hair and struck her in the face. She then left the house.

‘Chantelle was taken to A&E where it became apparent that she had broken her nose.’

The court heard that Carroll told police her daughter ‘had become more and more aggressive towards her’ and snatched her phone after she tried to call them on 101 – ‘at which point she then admitted to grabbing her hair and pulling her to the floor’.

Defending, Peter Casson said ‘the red mist came over’ Carroll in the moments before the attack, adding: She regrets it and is mortified that she found herself in that position.’

He told the court: ‘On this day, it was not her intention to have a fight with her. She was looking forward to having some friends around in the evening and everything would have been okay but her daughter had different ideas.

‘It was a reckless act and she lost the plot in that moment of madness.’

Mr Casson told the magistrates Carroll ‘would just like the relationship with her daughter to resume’, saying she pleaded guilty to avoid putting the teenager through a trial.

He went on: ‘She wants to have her home for Christmas. She has presents to give her from last Christmas, her birthday and for this Christmas.

‘But unfortunately it seems this is not going to happen. She is still the mother to that young girl. She still cares about her daughter.’

The chair of the bench, Dominic Stone, told her: ‘You were provoked and we do not believe this was premeditated. You have also now lost your good character and you have shown remorse.

‘However this was not your finest hour. Regardless of what went on before, you broke your daughter’s nose.’

Carroll was also ordered to complete a 12-month community order and complete 120 hours’ unpaid work, along with a 20-day rehabilitation activity requirement.

She will also have to pay £180 in costs and surcharges.