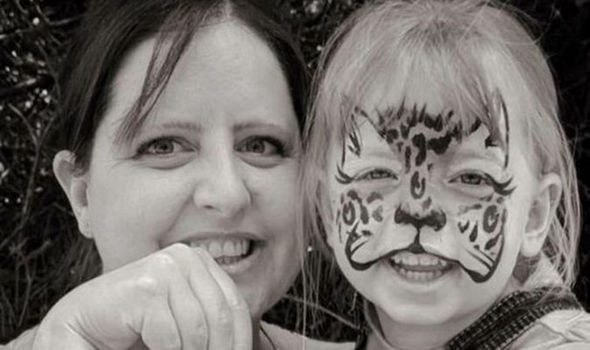 Joanne Anderson, 42, was taking her six-year-old daughter Emily to a hospital appointment when they stopped off at a McDonald’s in Birkenhead, Merseyside. While Emily sat down at a table, Joanne went to the till to collect their order.

She noticed the woman queuing in front of her didn’t have enough money to pay for her order, so Joanne gave her 50p.

By this point, Emily, who easily becomes emotional due to her hypothyroidism medication, ran over to the tills crying.

The young woman, who had just four pence left after paying for her food, handed Emily the pennies in a bid to cheer her up.

Joanne, who works for St John’s Ambulance, said the act of kindness was “one of the nicest things” a stranger has done for her child. She told the Liverpool Echo: “I think Emily was just upset that I was taking a long time. So, she came over and she was crying.

“[The woman] gave the pennies to Emily and said to her, ‘Aw don’t be upset, here’s some pennies for you to go and spend in the shop’, which was just, I don’t know how to put it.

“I was a bit overwhelmed because it was obvious she didn’t have anything because I’d already given her some money.

“And then for her to give her last four pence to my daughter because she was upset, it was lovely.”

Joanne said her daughter stopped crying was happy after the woman’s kind gesture. She said the woman, who was in her 20s, taught her daughter a lesson in the meaning of humanity.

She continued: “I said to Emily, ‘You know, she’s given you that 4p because you were upset, and if you ever see anybody that’s upset, you should always try and help them. Especially if anyone’s upset in school, help them’. You know, that type of thing.”

Joanne bought the young woman the coke she hadn’t been able to afford. And the three of them sat at tables in McDonald’s for half an hour chatting about Emily’s school and the young woman’s dreams.

When they were done, the young woman cleared the table and put the rubbish in the bin as Joanne and Emily went off to the hospital.

More than two weeks later, they still remember that encounter. Joanne added: “We have still got the 4p. Emily won’t let me spend it. She still keeps this 4p.”