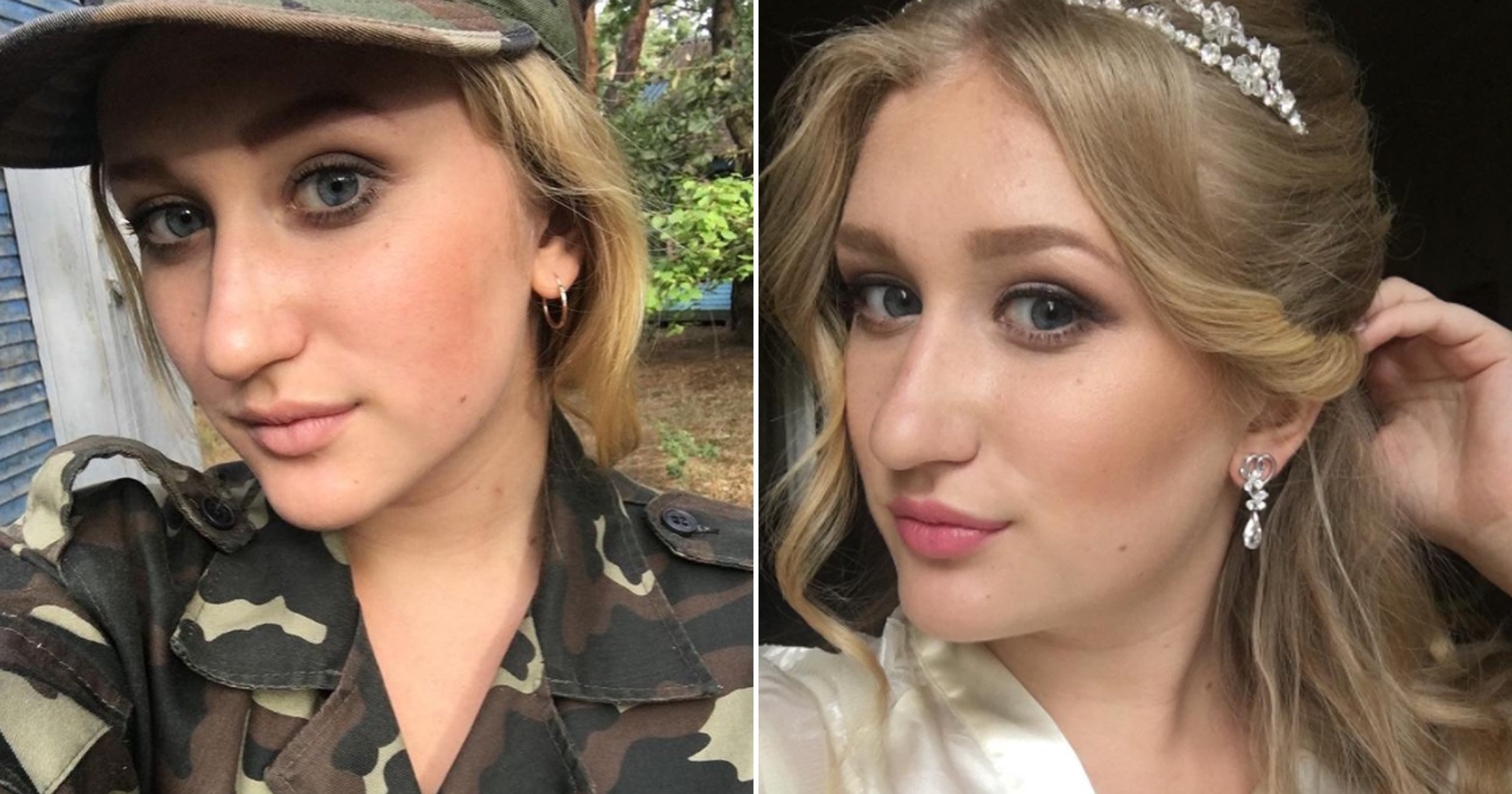 A mum-of-two whose partner dumped her for a Ukrainian refugee has shared her heartbreak.

Lorna Garnett, 28, had her ‘reservations’ about letting a stranger into their home in Bradford, West Yorkshire, but her beloved Tony, 29, was adamant and he joined Facebook groups where Ukrainians were looking for sponsors.

After Sofiia Karkadym, 22, who was fleeing the fighting in Lviv, moved in earlier this month, Lorna said she was shocked to see her wearing ‘low-cut tops’ and make-up for his benefit.

‘She set her sights on Anthony from the start, decided she wanted him and she took him,’ she told The Sun.

‘She didn’t care about the devastation that was left behind. Everything I knew has been turned on its head in the space of two weeks.’

According to Lorna, Sofiia wore no make-up, did not do her hair and made no effort with her appearance during the day.

But she said that changed after 5pm when Tony was due to come home. She claims she would come downstairs in red lippy, with her hair done and wearing a low-cut top.

‘At first I told myself I was imagining it or being irrationally jealous. But sadly I was right all along,’ she said.

IT manager Sofiia flew into Manchester on May 4 and went to live with the couple, who had been together for eight years, and their three and six-year-old daughters.

Tony, who works in an NHS drop-in centre, said the pair ‘just clicked’ and got on really well, partly because he could speak Slovakian, which is similar to Ukrainian.

This left Lorna not understanding what they were talking about and feeling like ‘a third wheel’. Her suspicions only worsened.

Within days, tensions rose as the two grew closer, staying up late at night to watch TV together, while Lorna went to bed.

Both Tony and Sofiia said that although they were ‘getting on brilliantly’, it remained ‘innocent’ at this time.

But a neighbour warned Lorna after she spotted the two talking intimately outside the house.

Finally, she snapped and kicked Sofiia out. But Tony then told his partner: ‘If she’s going, I’m going.’

Then, just 10 days after Sofiia first arrived, the new couple packed their bags and moved out to Tony’s parents’ home.

They have now started looked for a property together and have begun the process for a permanent visa for Sofiia.

Reflecting on the situation, Lorna said it was a major decision to let a stranger in the family home, but the situation in Ukraine was so terrifying, she decided it was the right thing to do.

‘And this is how Sofiia repaid me for giving her a home,’ she added.