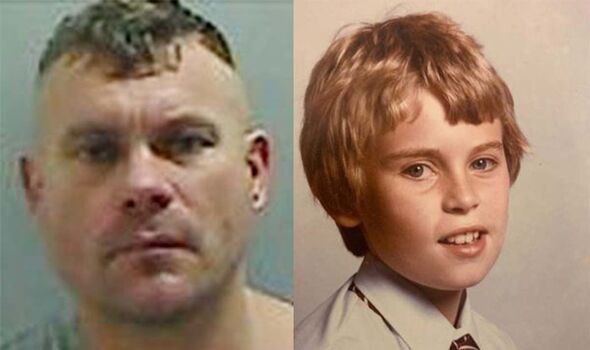 The mother of a notorious drug lord has shared her experience, saying he had put the family through a “living hell”.

Susan Moorby, whose 51-year-old son Jon Moorby is appealing against his 29-year sentence, said the seeds for his crimes were sown when he was a schoolboy.

He is under high security, which means two guards accompany him whenever he leaves his cell, reports the Mirror. Moorby was involved in a multi-million-pound drugs conspiracy, which saw chartered helicopters drop half a tonne of class-A drugs into the back gardens of holiday homes in Kent.

The cocaine was brought up to Liverpool – where drugs lord Lance Kennedyoversaw an operation involving warehouses and couriers who were employed to drive across the Pennines, sometimes with tens of thousands of pounds hidden in compartments in their cars.

The drugs were then distributed across the country, but Moorby ensured that a significant proportion hit Teesside.

Moorby has links to some of the country’s most powerful underworld criminals. He was arrested in 2014, when Interpol tracked him down on the Thai island of Ko Samui. He was surrounded by police, who held machine guns to his head. He was brought home, accompanied on the plane by two Cleveland Police Officers, to serve his time.

There is no sign or trace of the £4,589,549.74 profit Moorby was found to have made. He is now dependent on £40 a week that his parents send him to buy protein shakes and toiletries in prison.

His parents also live in a small, but immaculate, rented flat. His mother worries about the cost of a new pair of glasses she has recently had to buy. A proceeds of crime investigation showed that Moorby had just £349 to his name – until an order was made for that to be confiscated.

But how did a man from Stockton, brought up by two loving parents in a Baptist Christian home, become so entrenched in serious crime?

Susan Moorby said the seeds may have been sown when Jon was a schoolboy at The Dene School, in Thornaby: “He needed to protect himself from bullies. He needed to be able to stand up to them. When he left, he started going to the gym every day. He wanted to get stronger and stronger.”

Moorby got himself an apprenticeship in a welding business. But Susan said he was made to “grind all day and he came home covered in dirt and oil”. After that, he got himself a job at Wentane Motors, but he hatched a plan to steal sunroofs from the business, and he ended up in court.

Moorby spent his 20s in and out of prison for low-level drug dealing. Susan said he started taking steroids and lived at the gym: “He was getting involved with worse and worse people and that’s how it started.”

He had a son, Brandon, but he ended up losing the family home when a proceeds of crime order meant that he had to sell it, in 2004. With drug dealing, inevitably came fallouts, and Moorby’s rented home was petrol-bombed.

Next Moorby began working on oil rigs in Aberdeen and in Africa. He married a different partner who had a job as a hotel manager – and his parents said this was a time that he could have built a law-abiding life.

But his mother said Moorby was always motivated by money: “My husband went to public school. His side of the family all have professional jobs, but Jon wasn’t interested in studying at school. But I think he wanted to make money too, to compete.

“His brother is very kind. He’s everything Jon is not.”

Moorby went on to become a hotel manager, but his mum said he was more of a security guard and that his job brought him into contact with drugs; and that he ensured prostitutes there were safe. In 2004, he was jailed for six years for supplying drugs.

In 2011, he was jailed for three years after being caught with £100,000 worth of drugs. In June 2014, while awaiting trial and after he was caught with hundreds of thousands of pounds of cocaine and amphetamines at his Ingleby Barwick home – Moorby fled to Thailand. He didn’t tell his parents what he was doing until he got there. Unbelievably, while living under the radar in a luxury villa in Ko Samui, Moorby restarted his drugs operation. Such was the power and control he held over couriers and dealers, he continued to instruct his workers back home, throughout 2015.

His couriers used encrypted phones and ferried supplies. Kennedy is now serving 18-years-and-four-months, for conspiracy to supply class-A drugs. Moorby was sentenced to 15 years in prison in 2014, after being convicted at Teesside Crown Court in his absence. He is now serving this in addition to the 14 years he was handed for running his cocaine operation while in Asia.

Moorby had two daughters with different Thai women, and said he fell in love with the country. But he was caught in 2017, when his then 16-year-old son Brandon visited him. When Brandon was arrested at the airport, Moorby was tipped off and said he left his Thai villa in seconds. He said his pal Lance Kennedy organised a speedboat and he fled to the remote island Ko Mudsom. But the game was up, and hours later, he was pictured surrounded by Thai police and Interpol officers.

Pol Maj Gen Apichart Boonsriroj said police seized a fake passport held by Moorby identifying him as a Belgian citizen under the name Goossens Wouters. Thai police charged Moorby with illegally entering Thailand and using a fake passport, and he was deported to the UK.

“When he was in Thailand he needed money to bribe the police there. When his older brother said he couldn’t send it – he had lost his job and didn’t have thousands of pounds- he threatened to kill us all.

“He’s put us through a living hell. But we still love him.”

Moorby is appealing his latest prison sentence and hopes to be out in just over two years. But Susan said he can’t stay around Teesside if he does get released.

“He’s got a lot of enemies round here and the police would be watching him like a hawk,” she said. “We pray for Jon everyday.”