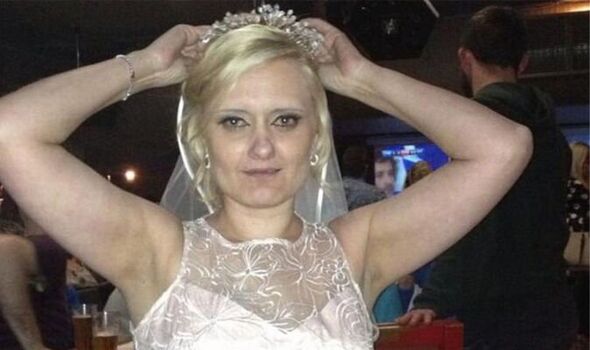 A fraudster mum stole more than £1.3 million from a small family business so she could fund her love of expensive holidays, cars and clothes.

Prosecutor Roger Griffiths said the 42-year-old sowed division and animosity in the family who own Eiran Civil Engineering so she could go undetected as she made hundreds of fraudulent payments.

Smith worked for the company as a financial manager from June 2012 until January this year when she resigned, reports WalesOnline. Following Smith’s resignation, another employee Anita Lane met with accountants to review the firm’s end-of-month finances.

“She normally wouldn’t have been involved in that because Alison Smith would,” said Mr Griffiths.

In the meeting they discussed a payment to what was purportedly the bank account for Oil 4 Wales. Part of the £4,920 invoice was recorded as outstanding but when Eiran contacted the supplier, it was not aware of the payment.

“It became apparent the name Oil 4 Wales had been inputted manually by the person making this transaction,” said Mr Griffiths. “In fact the beneficiary was not Oil 4 Wales. It was Alison Smith.”

Analysis of company accounts showed Smith had stolen £1,315,143 across nine years. Her method involved duplicating invoices in the name of a legitimate supplier but changing the bank details so she could pay herself.

Smith had a salary of £32,000 a year at the time she left the company. The court heard colleagues had noticed her penchant for “expensive holidays, weekends away, buying her children nice cars and clothes, and renovating her daughters’ home”, but they did not question how she could afford her lifestyle because they trusted her.

The prosecutor said Smith’s tactics involved “setting one member of the family off against the other”. In a statement read in court, Ms Lane said: “It is clear to me that Alison needed myself and my husband Mark out of the business so she could continue to manipulate my father and other staff members to continue funding her lifestyle.”

When Ms Lane left her police role to join the business she had a “fantastic” relationship with her family but she said Smith intentionally created “animosity”. She said she discovered that Smith had gone to “great lengths” to discredit her in the eyes of colleagues.

Ms Lane added: “It tore me apart emotionally. A life-changing amount of money has been stolen from my family, all done while she was sitting opposite me in the office. This person was not just a work colleague but had befriended me. I find it hard to get my head around how a person could be so cold and calculating.”

She said Smith’s treatment of the family caused her “huge” distress, adding: “I do not go out socially anymore. I keep myself to myself.”

Smith, of Marsh Court in Aberbargoed, pleaded guilty to fraud. She had a conviction from 2004 for theft by employee and forgery when she wrote cheques to steal £3,200, resulting in a community order.

She appeared in the dock with crutches and a protective boot. Her barrister Jeffrey Jones said she recently sustained three fractures in a fall.

Mr Jones told the court his client had gambled “ridiculously” after an addiction began “many years ago” with bingo before progressing to online slot machines. After a £10 bet led to a £100 win, the habit “got a grip of her”, the court heard.

He said she tried to use alcohol as a “crutch” to cope with the guilt of the fraud, which led to suicide attempts. The barrister described Smith’s three daughters as “shocked to the core” by her crime, while her parents were “completely bereft”. He said Smith has always been “hands on and supportive” to family members, from her grandparents to her three grandchildren.

Newport-born Smith has credit card debts “varying between £8,000 and £15,000” and recently lost her car due to debt, Mr Jones added. He said she has been receiving support from alcohol services for her addiction.

Judge Shomon Khan told Smith her impact on a small family business had been “devastating”. He added: “I think it matters not, ultimately, whether you gambled their money or lived a lavish lifestyle. They lost a life-changing amount of money… You used your methods to sow division in the family so they would turn on each other rather than look for weakness in their system and see where the money was going.”

The judge said he took into account the impact a jail term would have on Smith’s family but added that she appeared to “feel sorry for [herself]” as much as the victims. He imposed a five-year prison sentence, half of which will be served in custody.

A proceeds of crime hearing will take place on February 24. The court heard the victims may also take civil action.