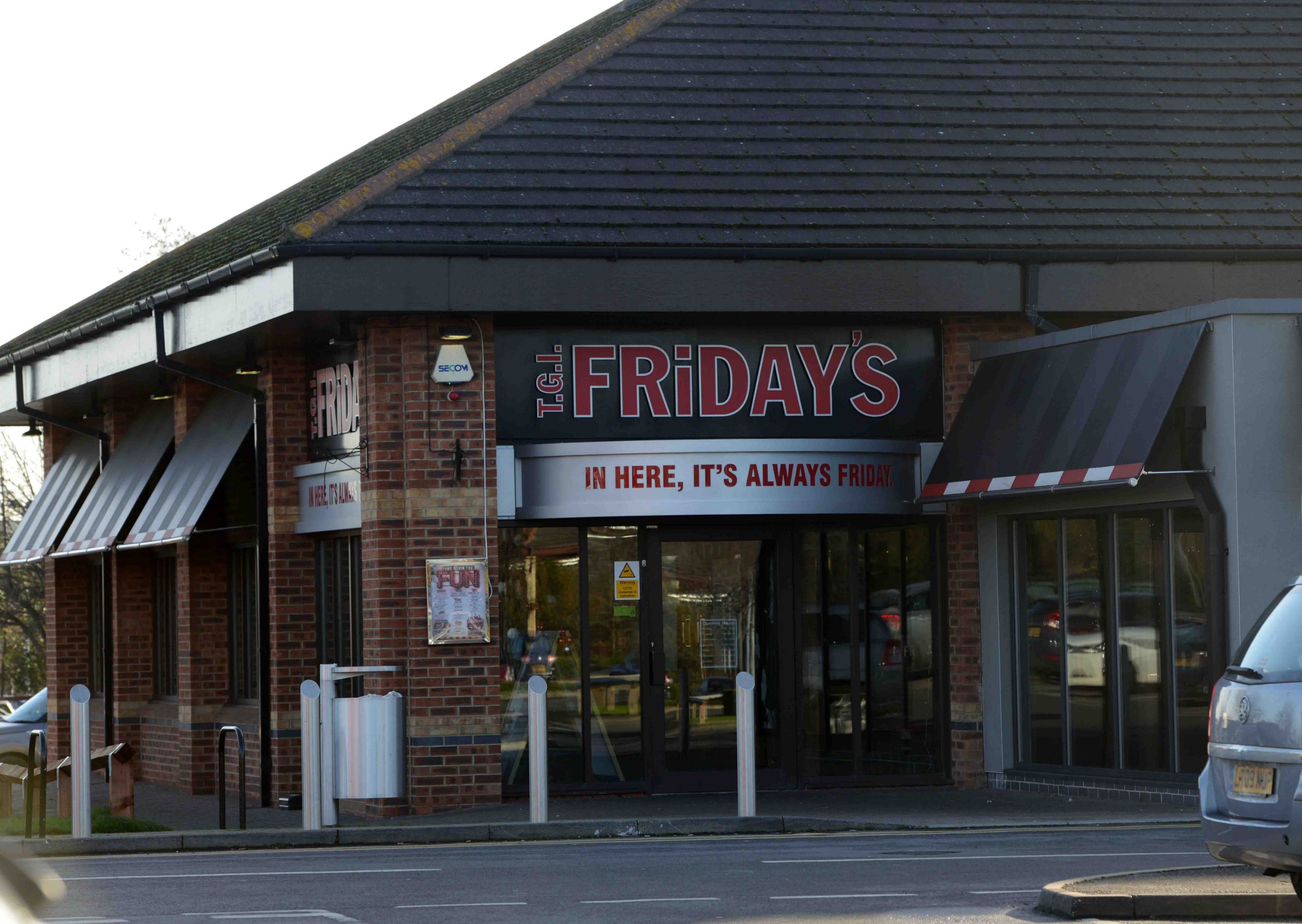 A popular restaurant has apologised to a new mum after she was asked to breastfeed her baby in a disabled toilet.

Jessi Ferguson, 23, was dining in TGI Fridays in Stockton-on-Tees on Friday with her eight-week-old son Louis and her mum Catherine.

The family, from Middlesbrough, were put on a high dining table so asked where Jessi could breastfeed her baby, as the table was an unsuitable height. They were told she could use the disabled toilet.

Catherine, 47, said she was ‘furious’ at the suggestion, adding: ‘It was kind of disbelief really, in this day and age I couldn’t believe that was what was being suggested.

‘I was furious that was the situation we had been put in. Especially in Covid times, those toilets aren’t deep cleaned after every use.

‘After she came out the toilet she was distraught. Louis was still crying, she was just in a state and quite rightly from my point of view.’

Catherine, an NHS speech and language therapist, said this was the first time her daughter had been out for dinner with Louis since he was born.

She thinks Jessi should have been offered another table which was more suitable for breastfeeding, as her daughter could only use the rugby ball position to feed.

During the visit, Catherine posted on Facebook saying she was ‘absolutely disgusted’ with the way they had been treated.

But Catherine added: ‘It doesn’t make up for the fact my grandson has just had to have his meal on a toilet. She was literally sitting on the toilet to feed him.

‘We thought it would be a really nice opportunity to go out for some food.

‘That’s the first time, since he’s been born, that Jessi has been out with him and will she do it again? I think the experience has put her off going out.

‘Breastfeeding is hard enough but Jessi can only feed in one position, she’s tried different positions.

‘I was furious, I was in disbelief and just really, really saddened.

‘Yeah we had a choice to leave the restaurant but we didn’t, it’s difficult to make a choice in the moment.’

Catherine said she hopes the restaurant will learn from what happened.

‘I would hope that they look at breastfeeding training as something that should be core training rather than just an add on,’ she said.

‘I think everyone in the restaurant should have a responsibility to know what they can do to support people who are breastfeeding.

‘It was just a very unfortunate, hideous experience that hopefully everyone can learn from.’

A spokesperson for TGI Fridays said guests are ‘encouraged’ to breastfeed in their restaurants.

A statement said: ‘On this occasion, a misunderstanding by a new team member resulted in a customer being told that the disabled toilets were the only place in the restaurant they could breastfeed their child.

‘This is not the case, Fridays policy is that guests are encouraged to breastfeed in our restaurants, wherever they feel comfortable.

‘The manager on duty apologised unreservedly to the guest during their visit and reimbursed them for their meal to apologise for the mistake.’

It is illegal for anyone to ask a breastfeeding woman to leave a public place, such as a cafe, shop or public transport. All new mums have the right to feed their children in public.

The NHS encourages parents to plan ahead and think about where they will feel comfortable when their baby gets hungry.